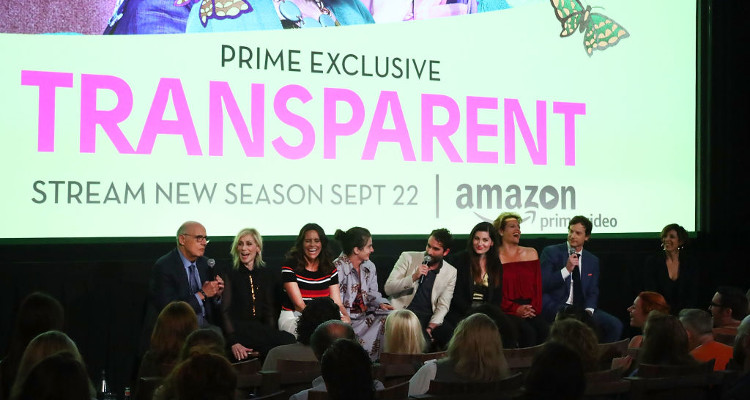 It’s been a while since everyone’s been asking about when Transparent season 4 comes out. Amazon already revealed the premiere date of the award-winning show and, along with it, the cast and crew have released a joint statement condemning President Donald Trump’s proposed ban on transgenders in the military.

The comedy-drama web television series, Transparent was created for Amazon Studios by Jill Soloway, and debuted on February 6, 2014. Revolving around a Los Angeles-based family, the story highlights their lives following the discovery that the patriarch is transgender. Transparent won the Golden Globe for Best Television series at the 72nd Golden Globe Awards, with the Golden Globe for Best Actor in a Television Series, and the Primetime Emmy for Outstanding Lead Actor in Comedy Series won by Jeffrey Tambor. Ahead of the season 3 premiere, Amazon picked up the show for a fourth season. Transparent’s season 4 premiere date is set for September 22, 2017. Recently, Amazon renewed the series for a fifth season. Here’s everything you need to know about the Transparent season 4 release date and more!

Premiering on Friday, September 22, Amazon’s Transparent season 4 takes the Pfefferman family on a “spiritual and political journey as they dig deep into their family’s history.” Including a trip to Israel, where Maura (Tambor) is asked to speak at a conference and makes a “startling discovery.” Spotted in the Transparent season 4 trailer is Alia Shawkat, who played Jeffrey Tambor’s granddaughter in Arrested Development.

If you haven’t seen it already, then you watch the trailer right here:

Along with answering the question as to when Transparent season 4 is going to air, the cast and crew also released a joint statement that went viral. Released to People, it read, “Sharing this work amidst President Trump’s continued assault on the transgender community is painful. We are outraged that he announced in a tweet that transgender people would not be allowed to serve ‘in any capacity’ in the U.S. military. It is reprehensible to deny an estimated 15,000 current trans service members, and 134,000 trans veterans, the dignity, respect and safety that they deserve. At Transparent, we believe in the integrity of the trans community, which we know firsthand because we are all either trans or allies to the trans community. It is a revolutionary act for a trans person to simply leave the house and walk down the street. We tap into the incredible history of survival the trans community has achieved against all odds, knowing that our fight is noble and on the side of justice and human rights.”

Putting all their support behind the transgender community, Transparent has a special place in audiences’ heart. The first season received an approval rating of 98% and an average rating of 8.8/10 on Rotten Tomatoes. Consensus on the site read, “As much about a change in television as it is about personal change, Transparent raises the bar for programming with sophistication and sincere dedication to the human journey, warts and all.” With the high standards the show set, a lot is expected from Transparent season 4. We’ll have no doubt they’ll deliver and go beyond our expectations! So mark your calendar for the Transparent season 4 start date. September, 22 is when they return with a bang!