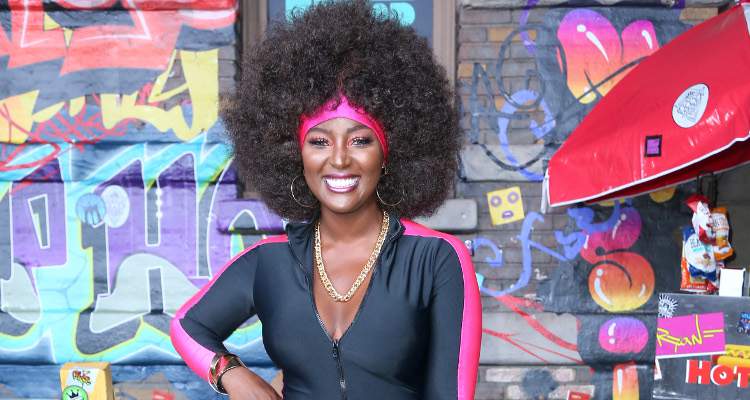 Amara on Love & Hip Hop: Miami is one of the reasons why you should start watching the show. Her real hair is to die for, and we wonder how she maintains it. If you watched the first episode of Love & Hip Hop: Miami and want to know more about the Dominican artist, then take a look at our Amara La Negra wiki!

Love & Hip Hop: Miami aired on January 1, 2018, and we got to learn more about each of the cast members, including Amara La Negra. If you want to know more about her, then keep reading!

( 1/1 – PREMIERE) HAPPY NEW YEAR! Celebrate the start of 2018 with me during the premiere of #LHHMIA #LHHMIAMI tonight at 9/8c on @VH1 after a brand new #LHHNY! #amaralanegra

Born Dana Danelys De Los Santos in Miami, Florida on October 4, 1990, Amara La Negra’s age is 27. She was raised by a single mother who moved from the Dominican Republic to the United States to give her daughter a better and more promising future. Her mother worked five jobs to make ends meet to ensure she met her daughter’s needs.

When she was younger, Amara attended dance classes every day. In fact, she also took up acting and modeling classes. In an interview, she revealed that she worked hard every day to secure her future.

She reportedly earned her first award in 1991 and participated in many beauty pageants, even winning one as a child. Amara started her career at a very young age on Univision’s Sábado Gigante.

Throughout her career, she worked with different musicians, including Kent Jones, Sean Paul, Trina, and Mr. Vegas, which earned her a lot of fans throughout Latin America.

Being on Love & Hip Hop: Miami is a big opportunity for Amara. In an interview, she said, “I’ve been working on it for a while now. A lot of people on social media are like, ‘Ay pero, Amara’s not doing anything!’ And I’m like only if you knew, I’ve been recording every day.” She added, “I just can’t, you know, publish any of it. But yes, it’s amazing that they noticed my hard work. They decided they wanted to have some Afro-Latino in Love & Hip Hop and bring some Latin flavor to the show. So, that’s where I come in.”

Her VH1’s bio says that, “When Amara mounts a crossover to the American mainstream market, it’s her look and image, as well as rivalries with her one-time friends, which may be a bigger obstacle than her talent.” To check out Amara La Negra’s pics, and stay updated with her life, head over to Amara La Negra’s Instagram account!