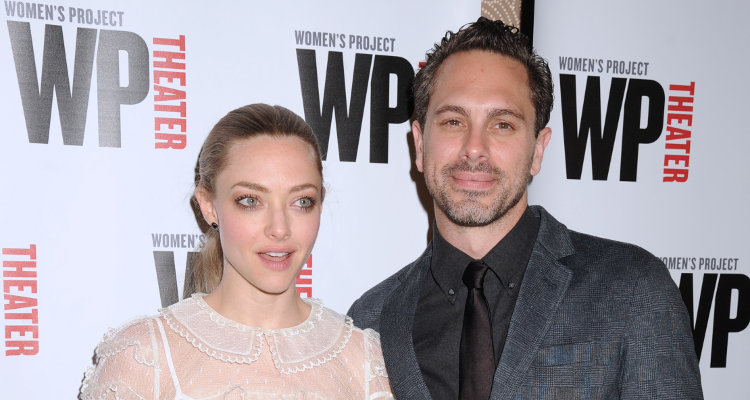 A special congratulations are in order for Amanda Seyfriend and Thomas Sadoski! After dating for six months, the couple has made it official and are now officially engaged. A source close to the couple said, “Tommy and Amanda recently got engaged and shared the happy news with family and close friends.” Now that the good news is out, many are searching the Internet for terms such as, “Amanda Seyfried engaged,” “Amanda Seyfried’s boyfriend, Thomas Sadoski,” and “Thomas Sadoski’s net worth,” then you have come to the right place, because we will give you all the details about Thomas Sadoski.

It is certainly a good news now that another Hollywood celebrity couple is engaged and planning to get married soon. The 30-year-old Mean Girls actress is engaged to her Last Word costar, Thomas Sadoski. Although, none of them have shared the news with their fans just yet, a source close to the couple disclosed this piece of information to the public.

On September 6, Amanda was spotted wearing a thin band on her ring finger while walking her dog, Finn. Since the pair started dating, they have been private about their relationship. However, as we all know nothing really stays hidden when it comes to Hollywood celebrities!

He was Married for 8 Years

One of the great joys in my life is getting to play with ultra-talented people. Thanks, @catielaffoon. Link to her profile for more. #playingpictures

Before he started dating Amanda, Thomas was married for eight years. When Amanda Seyfried and Thomas Sadoski met each other, he was still married to his wife, and Amanda was dating Justin Long. However, Thomas filed for a divorce on August, 2015 and few months after that, Amanda broke up with her beau.

Thomas Sadoski was born on July 1, 1976 in New Haven, Connecticut, but was raised in College Station, Texas. Thomas is a huge fan of the Baltimore Ravens (NFL team) and the Baltimore Orioles (MLB team). He completed his graduation from New York’s Circle in the Square Theatre School in the year 1998.

More than movies, Thomas has a remarkable career in theater. He has been working in the theater community for more than fifteen years. In one of the interviews, Thomas said, “I’m a theater guy at heart, I love the theater. I was lucky enough to spend a good decade and a half in the New York theater community.” He has participated in more than 20 plays and plans to continue.

Apart from performing in plays, Thomas has also worked in several movies. His movies include Loser, Winter Solace, Happy Hour, Company K, The New Twenty, Split, 30 Beats, BFF, The Dramatics, Take Care, It’s Okay, Wild, John Wick, I Smile Back, and John Wick: Chapter Two. He has made contributions in the television world, as well. He has acted in several television series such as Law & Order, The Newsroom, As the World Turns, Ugly Betty, Law & Order: Criminal Intent, Law & Order: Special Victims Unit, The Slap, and Life in Pieces.

Amanda and Thomas met each other in 2015, while working together on the play, The Way We Get By. They were cast together again in the movie, The Last Word, which is when they actually started dating. Now that they are engaged, and we can almost hear wedding bells ringing for the couple!

The pair are still yet to officially announce their engagement, but we all are already excited for the two to tie the knot!