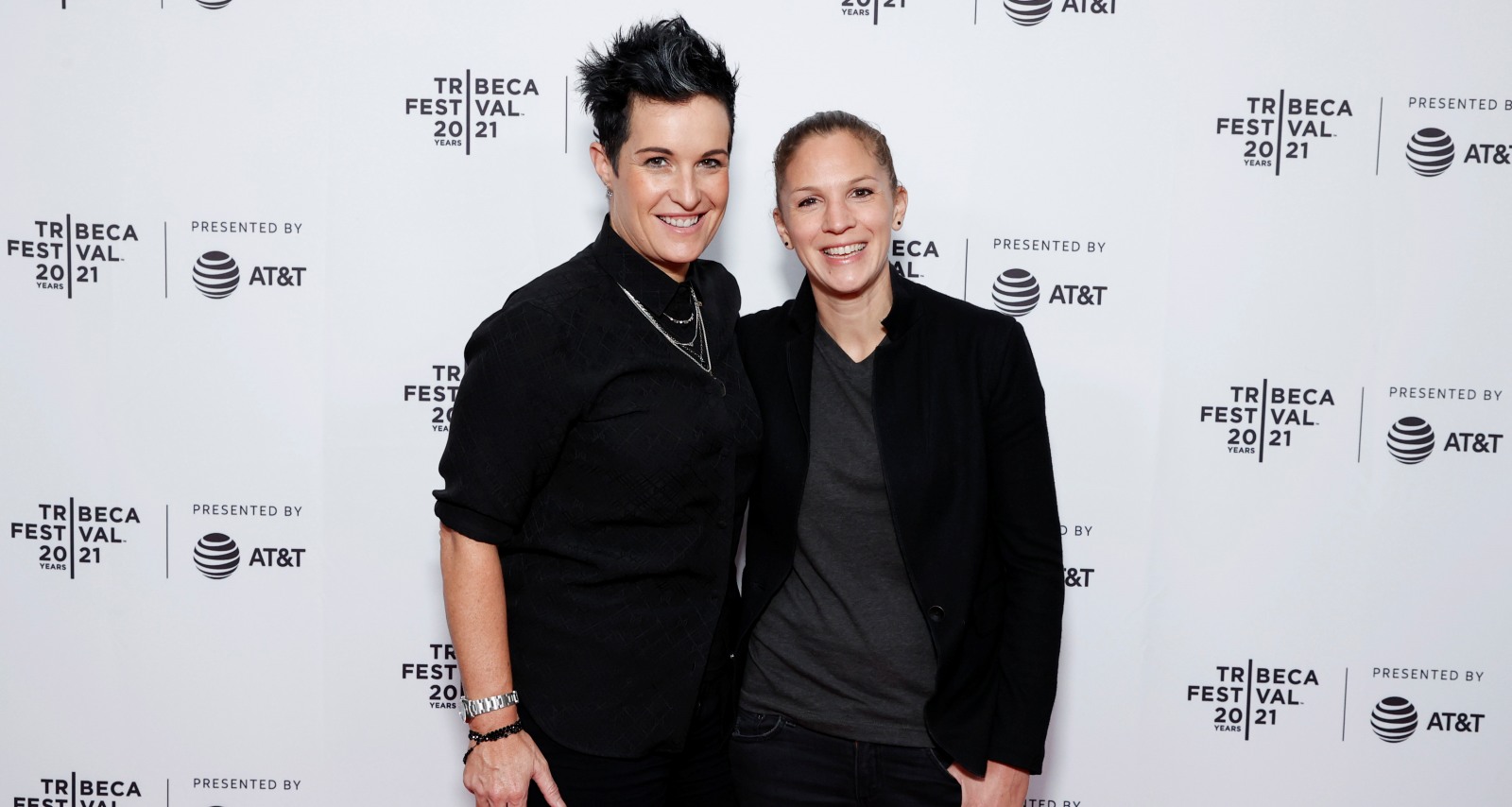 Amanda Hite and Julie Rodgers attend the "Pray Away" premiere during the 2021 Tribeca Festival at Brooklyn Commons at MetroTech on June 16, 2021 in New York City. (Photo by Arturo Holmes/Getty Images for Tribeca Festival)

Netflix’s new documentary, Pray Away, premieres on August 3 after earning critical acclaim at Tribeca. The documentary unravels the horrifying world of “conversion therapy,” as told from the perspective of Julie Rodgers. A revolutionary activist, she has advocated for the inclusion of LGBTQ+ people in the Christian faith. She helped shut down the conversion therapy-peddling Exodus International that is the focus of Pray Away. Given her work and fame, social media users and Netflix viewers have many questions about Rodgers’ personal life. They especially want to know if she has a partner and if she is married. Rodgers is married to Amanda Hite, someone who has been encouraging more LGBTQ+ and female representation in the corporate world. In fact, it’s their advocacy that brought them together. We reveal more about their relationship and the background of Julie Rodgers’ wife in this Amanda Hite wiki.

Amanda Eileen Hite was born on April 14, 1977. According to her Facebook, she is from Dayton, Ohio, and is currently based in Washington, D.C.

She is the daughter of Patricia Garrick of Sistersville, West Virginia, and Dennis Hite of Columbus, Ohio.

Amanda stated in a 2014 interview with HuffPost that her mother was a teen mom. Her father enlisted in the U.S. Army so he could support his family of five.

She said her childhood was rife with financial struggles. The family moved often and survived on food stamps.

Much like Julie Rodgers, Amanda Hite has a background in advocacy for LGBTQ+ and other groups, especially promoting more women and LGBTQ+ representation in corporate fields. It stems from her own background, bouncing between homes before she was 18 and later dropping out of college to become a changemaker.

She plunged right into the workforce in 1999, and climbed the corporate ladder to director of talent, recruiting, training and development at Thomas & King. She was at that job until the 2008 recession hit.

Remarkably, Hite had only $64.00 left in her checking account when she cashed in her 401k and founded her first company, Talent Revolution, that same year. She was the CEO and speaker and oversaw the company’s branding, advertising, and marketing, and other aspects, including its philanthropy.

Almost four years later, she co-founded BTC Revolutions (Be The Change Revolutions) in 2012. Much like her previous company, BTC is a human media and intelligence company that focuses on social media marketing.

This majority LGBTQ/women-run company ranks among the 500 fastest-growing companies in the country and has won numerous awards. BTC’s clients are some of the top billion-dollar businesses as well as humanitarian organizations.

They’ve raised over $6.0 million for the social advocacy groups that hire them.

Hite’s work is social media driven, and she herself is active on Twitter. Also using the bird app as her social platform is Rodgers, an advocate for the inclusion of LGBTQ+ people in the Christian faith.

They connected back in 2015 when they noticed each other because of their respective tweets and began following each other. Rodgers was in Chicago, while Hite’s work kept her in Washington.

But they clicked right away at their first in-person meeting. Six months later, Rodgers moved to the capital to be with Hite.

Amanda Hite and Julie Rodgers married on September 1, 2018, at the Washington National Cathedral. Their wedding was officiated by the cathedral’s vicar, the Rev. Dana Colley Corsello.