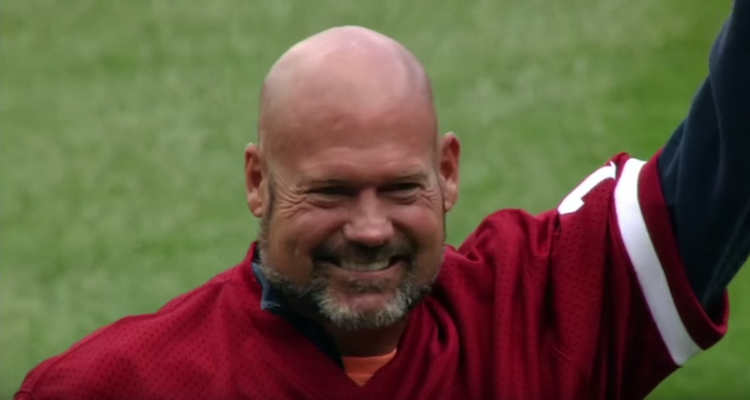 Philadelphia Phillies fans are in mourning after hearing that All-Star catcher Darren “Dutch” Daulton passed away at 55. Now, fans are looking for information on how he died and the relationship between Darren Daulton and Amanda Dick, his wife. For more details, get a closer look with our story on Darren Daulton’s wife.

Not much is known about Daulton’s wife, including her age, but she was born in Clearwater, Florida and married Daulton in 2013. Her husband was born in 1962 in Arkansas City, Kansas as Darren Arthur Daulton to Dave and Carol. His brother, Dave Jr., also survives him.

The subject of Amanda Dick’s kids has also come up since everyone learned of Darren’s death. Darren is survived by his four children: Zachary, Summer, Savannah, and Darren Jr.

If you’re looking for Amanda Dick’s pics, then you’re out of luck, because she’s not an avid social media user. You’re more likely to find pictures of Daulton, both in an out of uniform. Dick keeps her life private, so the public eye won’t have much access to her.

Darren Daulton’s Cause of Death

Daulton battled brain cancer since 2013 and at that time, he had two tumors removed on July 1, but was diagnosed with glioblastoma nine days later. It’s known as an aggressive form of brain cancer and was the casuse of death for his teammates Tug McGraw and former coach John Vukovich.

“Darren was a true leader of men. The Phillies would not have gone to the 1993 World Series without his leadership,” said Phillies Chairman Emeritus Bill Giles in a statement. “In addition to being an outstanding clubhouse leader, he was also a fighter. He battled through five knee operations to become an All-Star. I really enjoyed watching him for 14 years in uniform. Darren was a super human being. His teammates loved him, I loved him like he was one of my own. In fact, he called me ‘Uncle Bill.'”

“All of us at the Phillies are saddened to hear of Darren’s passing,” he continued. “From the day that we drafted him until today, he constantly earned our respect and admiration as both a player and person,” said Phillies Chairman David Montgomery. “Darren was the face of our franchise in the early 1990’s. Jim Fregosi asked so much of him as catcher, clean-up hitter and team leader. He responded to all three challenges. One of my toughest decisions as team president was to approve his trade to the Marlins in July of 1997. Our thoughts and prayers go out to his wife, Amanda, his parents, his brother and his four children. Dutch was truly “one of a kind” and we will dearly miss him.”

The funeral service will be privately held and In lieu of flowers, donations can be made to the Darren Daulton Foundation, 1339 Chestnut Street, Suite 500, Philadelphia, PA 19107.