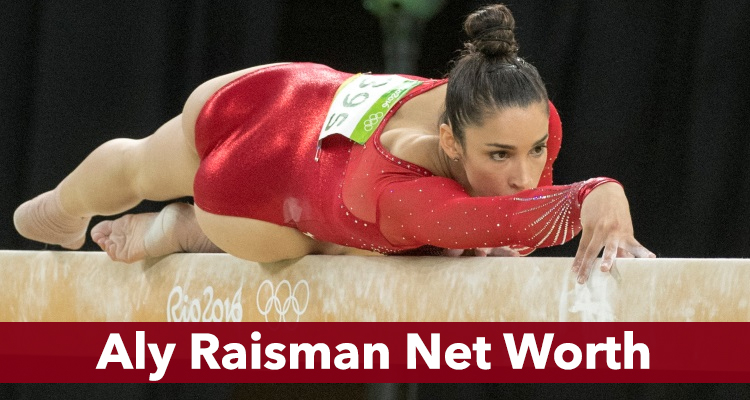 With swimmers like Michael Phelps and Ryan Lochte getting all the attention during the Rio 2016 Olympics, it’s only fair that gymnasts like Aly Raisman get their chance in the spotlight, too. After Raisman won both gold and silver medals this week, fans of the 22-year-old gymnast have been searching for terms like, “Aly Raisman endorsements,” “Aly Raisman salary,” and “Aly Raisman sponsorships.” If you want more information on Aly Raisman’s net worth, then keep reading, because this article is for you.

Alexandra Rose Raisman was born on May 25, 1994 in Needham, Massachusetts to parents Rick and Lynn Raisman. She has three siblings: Brett, Madison, and Chloe.

Raisman was the most decorated gymnast at the 2012 London Olympics and continues to be one of the reigning champions on the floor. She won gold medals in the team competition and floor final and a bronze in the beam final. Raisman, the team captain of the “Fierce Five,” (her gymnastics team), also tied for third place in the all-around final but was denied the bronze medal after she lost a tiebreak to another gymnast. That loss is what motivated her to compete in this year’s 2016 Rio Olympics. Raisman is known for performing difficult moves and has three Olympic gold medals, along with four world championship medals standing in her full trophy case.

Though there’s no record of how much, Aly Raisman’s sponsorship deals and endorsements are partly responsible for her net worth. She endorses products for Kellogg’s, Ralph Lauren, and is also a brand ambassador for Revision Skin Care, a brand that helps with the texture of skin after profuse sweating.

Though we’re sure Aly’s parents, Rick and Lynn are great supporters, we can’t help but laugh at some of the memes created by their overwhelming support. Aly’s parents are known for their cringe worthy expressions while watching their daughter play. They first made headlines for their stressed-out spectator behavior at the 2012 London Olympics and now they’re at it again. We’re not sure if Aly is embarrassed by the memes, but she must be glad to have such supportive parents! Especially since their support alone is gaining even more attention for her!

For more coverage on the 2016 Rio Olympics, click here.