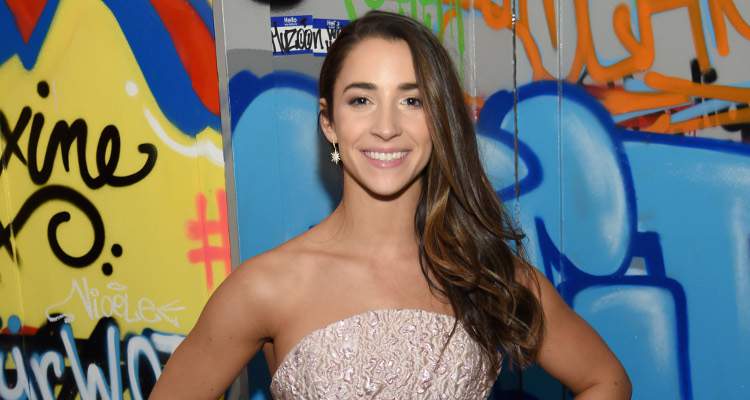 Two-time Olympian Aly Raisman was known to be dating ex-NFL footballer Colton Underwood for quite some time. However, the two sports personalities are no longer together and have mutually ended their short-lived affair, as reported in the media. So, who is Aly Raisman dating now? It remains a mystery, but it is believed that she is now single. Read all about Aly Raisman’s dating timeline below.

Aly Raisman, one of America’s most popular and well-known gymnasts, is on a roll of late. And its’ not just her professional life that’ getting attention. The sports diva’s fans are equally intrigued by her personal life, which for the most part, has remained a mystery. So, who is Aly Raisman’s boyfriend?

Dream come true!!! Pinch me moment! Thank you @aerie for such a special day. NO RETOUCHING PHOTOS. REAL YOU. EMBRACE YOU. #aeriereal #behindthescenes

Last year, the young athlete admitted to being in a committed relationship with ex-NFL player Colton Underwood. And soon afterward, the duo started making appearances as a couple, without shying away from the media.

What Happened between Aly Raisman and Colton Underwood?

Raisman and Underwood made an appearance at the Golden Globes last year, making us believe that they are indeed going strong. But, their fairy-tale affair soon came crashing down, and the couple broke up after just six months of being together. They blamed distance for their break up and confirmed that they are still good friends.

Aly Raisman’s relationship with Colton Underwood may have been short-lived, but it gave us major couple goals while it lasted. The young sports personalities started seeing each other after Underwood casually asked Raisman out online.

When asked about their break-up, the duo said that it was the physical distance between them that made their journey tough. While Raisman is based out of Massachusetts, Underwood trains in Colorado for the most part.

In addition to distance, it is also believed that Aly Raisman’s growing popularity caused a rift between the couple. While the stunning gymnast’s career was taking off, the same could not be said for her boyfriend, which caused a disbalance in their relationship.

However, during their time together, Ali Raisman and boyfriend supported each other and created many good memories for themselves.

Underwood also went on record to stand by Raisman when she was body-shamed on Twitter. Raisman, too made special gestures for her beau, as was seen on several occasions in the media.

Aly Raisman’s Instagram also captured the beauty of their relationship through the many stunning pictures of the couple.

According to Aly Raisman’s dating timeline, she was involved with lacrosse player Jamie McGill for four years until 2012. She then dated Underwood in 2016, before calling it quits with him after six months.

Aly Raisman is reported to be single. The gymnast is said to be focusing on her fitness regime and is involved in rigorous training sessions for her upcoming games.