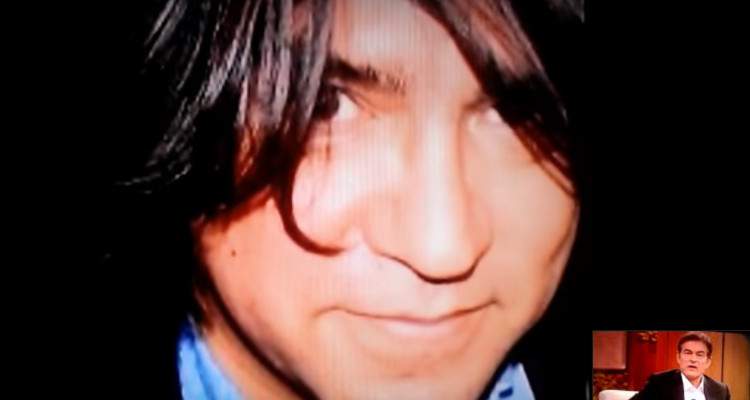 Corey Feldman accused Alphy Hoffman of sexually abusing him when he was a child actor in the 1980s. Hoffman ran a club called Alphy’s Soda Pop Club, where actors under the age of 16 could hang out, dance, drink free soda, and have fun. Feldman was a regular at this club, which had practically no adult supervision. Several famous young stars attended the club, and Feldman alleges that things got out of hand.

Oz showed Feldman a photo of a man who his team identified as a potential abuser, based on the information Feldman already put out to the public. Feldman confirmed that it was the man and that his name is Alphy Hoffman. So, who is Alphy Hoffman? Keep reading to know all about him right here in our Alphy Hoffman wiki.

He Ran “the Coolest Parties”

There is no information about Alphy Hoffman’s age, but Feldman still has vivid memories of him, even after all these years. There is also nothing available on Alphy Hoffman’s wife, so we cannot comment on his marital status either.

After identifying Hoffman in the photo, Feldman said, “He was the guy who ran Alphy’s Soda Pop Club. I met him when I was 12 years old. He came to my house to pick me up in his car. I’d heard rumors he threw the coolest parties in town, and he was well connected. He was the son of Bobby Hoffman, who was the top casting director at the time for one of the major studios. That studio ran many of the hit shows that were on TV at the time, from Happy Days to Laverne & Shirley to Mork & Mindy.”

THE MISSION CONTINUES 2 EXPOSE THE EVIL PEDOS VIA MY #TRUTH CAMPAIGN ON @dr_oz MONDAY! FEATURING MY NEW LOOK & A FEW OF MY CHILDHOOD FRIENDS, w @courtanne89 #ISTANDWITHCOREY #PRESERVEINNOCENCE #CoreysTRUTHcampaign ‪https://www.indiegogo.com/projects/corey-feldman-s-truth-campaign#/

Feldman said that to be invited to one of Bobby Hoffman’s parties was considered a “very big thing,” and being personally picked up by his son was also an honor. Feldman says that the first few parties were quite innocent and fun, but later became darker.

Hoffman ran Alphy’s Soda Pop Club from 1986 to 1989 in Hollywood for kids working in the movies and on TV. It was an exclusive and private club for actors under 16 working in film and television. The kids were given access to the dance floor and all the soda was free, according to a woman named Jennifer Stratford, who attended Alphy’s and later wrote about it in 2012 for Vice.

In a 2004 interview published in 2012 by Vice, Corey Haim, Feldman’s best friend and fellow actor, said about Hoffman, “I don’t think he is a good human being…I lost complete respect for Alphy Hoffman. Alphy sucks! Point-f*****g-blank.”

Haim also revealed the names of some child actors including Nicole Eggert, Alyssa Milano, Alfonso Ribeiro, Tori Spelling, Christina Applegate, and Scott Grimes, who attended these parties. He also said that there were very few parents at these parties, and very little adult supervision.

Feldman also revealed that he later found out that Alphy was not Bobby’s son but was, in fact, his lover. His real name was Alphy Rivas, not Alphy Hoffman.

Feldman said that he was 12 years old when he first met Alphy Hoffman, but the molestation happened when he was 14 years old. By that time, he and Hoffman had a friendship of three years, and Feldman thought of themselves as “really good buds.”

The End of Innocence

Hollywood is already reeling under the Harvey Weinstein scandal, along with many other cases of sexual assault involving celebrities like Kevin Spacey. The entertainment industry has always had a difficult time with child abuse allegations, and repeatedly refused to address the issues leveling at it over the years. So, it has yet to be seen whether Corey Feldman’s accusations will see any affirmative action.