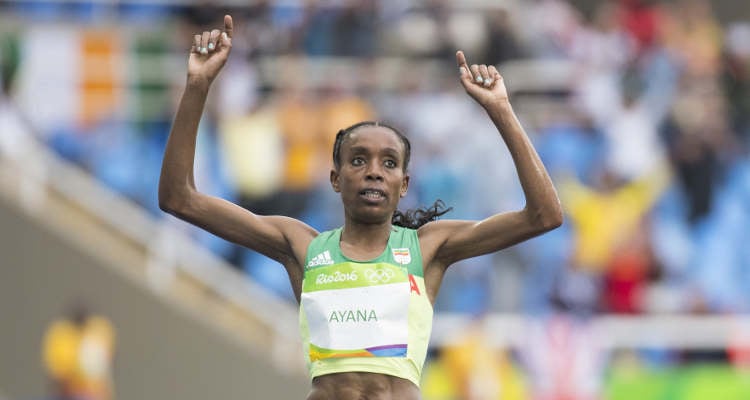 We have all the information you need to know about the record breaker, but to get to know her more, you need to keep reading. Given below are some facts about Almaz Ayana.

She was born as Almaz Ayana Eba on November 21, 1991 in Benishangul-Gumuz Region, Ethiopia. For those who are wondering about Almaz Ayana’s age, then let us tell you that the record breaker is 24-years-old. She is a long distance female runner famous for competing in the 3000 meters, 5000 meters and recently 10000 meters.

Almaz Ayana of ETHIOPIA beat World Record in the 10,000m by 14 SECONDS. That girl behind her? She has another lap! pic.twitter.com/ldNtu2oTmp

In case you forgot or missed to watch Rio Olympics 2016 on Friday, then you should know that the 24-year-old champion broke the world record almost set 23 years ago by China’s Wang Junxia. Almaz indeed has become fasmous by winning the 10,000m women’s race. Almaz’s touchdown time was 29:17.45, she easily broke the 29:31.78 world record set by China’s Wang Junxia. The 24-year-old Almaz from Ethiopia has certainly made history in the book of Olympics by winning the first gold medal.

Although people all over the world, especially the country she is representing are really happy and proud of her, it is impossible that people won’t question one’s integrity. After winning the 10000m race, Almaz Ayana was accused of doping. Marathon world record holder Paula Radcliffe said, “I’m not sure I can understand that. When I saw the world record set in 1993, I couldn’t believe what I was seeing. And Ayana has absolutely blitzed that time.”

Former 5000m world champion Sonia O’ Sullivan was also surprised and added, “She’s broken a world record by 14 seconds. That’s a record many people have questioned for many years. It was set 23 years ago by the Chinese. How can you break the world record so easily like that and not look very tired after it? When world records are being beaten by the length of a straight you have to question it a little bit.”

Upon hearing this accusation, Almaz obviously defended herself by saying, “three things, number one, did my training. Number two, I praise the lord, he is giving me everything. And doping is my training, my doping is Jesus. Otherwise, nothing, I am crystal clear.”