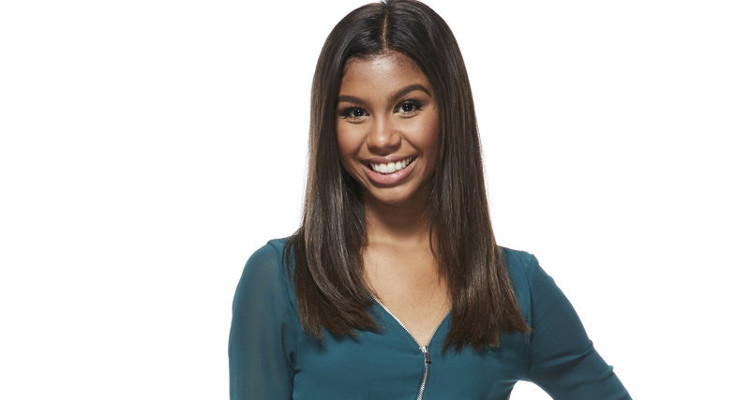 If you have been watching Aliyah Moulden on The Voice and want to follow her on social media, you have come to the right place! We have details on Aliyah Moulden’s Facebook, Twitter, Instagram, and Snapchat usernames right here.

With The Voice well into its 12th season, each contestant is working hard to impress the coaches and viewers leading into the live shows. Tonight (April 10) the Knockouts part 3 will air, and the fate of Aliyah Moulden hangs in the balance!

Aliyah has always been passionate about singing and assumes that her talent was inherited from her late father. During the Blind Auditions on The Voice, Aliyah sang “Hound Dog” by Big Mama Thornton. Though Gwen Stefani and Alicia Keys also turned their chairs, Aliyah chose to be on Team Blake.

During her Battle Rounds performance against Dawson Coyle, the two sang “Walking on Sunshine” by Katrina & the Waves. The coaches could not get enough of their performance and were not sure who Blake Shelton would choose. In the end, he chose to keep Aliyah.

Tonight was an amazing night☀️????????‍♀ Thank you so much Dawson for being the best partner ever????????????????. Every obstacle we had we solved as a team. We practiced our BUTTS off (to the point of Dawson losing his voice and me becoming an exhausted lil’ one) but I couldn’t be prouder of you❤! WE MADE IT! #WalkingOnSunshine #TeamBlake #TeamAlicia #TeamAliyahM

The talented 15-year-old is currently prepping for her Knockout Round performance and is keeping her fans and followers updated through her social media accounts. We have the details on how you can follow Aliyah Moulden’s journey on The Voice through social media!

Aliyah Moulden’s Facebook username is “aliyahmoulden1” and her account is one of the many ways fans can be updated on what she is up to. She makes sure to post details about her appearances on The Voice, as well as links to her interviews and videos.

Aliyah Moulden’s Twitter username is “aliyahmoulden” and you can get real-time information on what she does, and her live reactions to what happens on The Voice. It is also an excellent way to stay updated on her and her tweets. Aliyah’s Twitter account also has supportive messages to her fellow contestants and links to purchase the songs she performs on The Voice.

The rising star is also very active on Instagram. Aliyah Moulden’s Instagram username is “aliyahmoulden.” Here, fans of hers can see behind the scenes pictures of her life and get sneak peeks on how she prepares for the show!

Aliyah Moulden’s Snapchat username is “aliyahmoulden.” Fans can add her to get a glimpse of her life outside of (and during) The Voice. You might even get to see The Voice coaches and contestants!