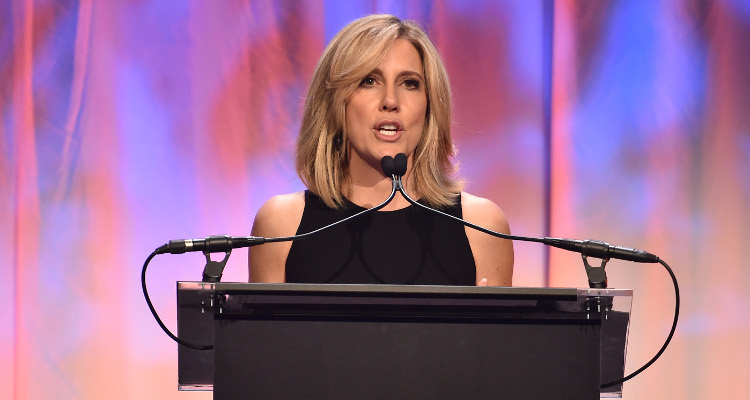 Alisyn Camerota spent years becoming one of the most recognizable news anchors on TV. Now this famous journalist is venturing into the literary world with her first book.

There’s buzz around this new book, Amanda Wakes Up. It’s about a female reporter’s journey to the top. If your interest hasn’t been piqued yet, what if we told you that the book is by CNN anchor, Alisyn Camerota? The journalist is making her debut as an author and starting with a book based on her career. That makes for some good reading! Will we get some insight into the author’s life, for instance, about Alisyn Camerota’s husband? Probably not. That’s why we’ve got everything you need to know about her in Alisyn Camerota’s wiki.

#1. She Wanted to Ask Questions

Alisyn Camerota is from New Jersey and graduated with a degree in broadcast journalism from the School of Communication, American University in Washington D.C. She started her career at various local stations including in Boston and Washington. She even briefly worked at America’s Most Wanted and for Nightline‘s Ted Koppel.

Camerota’s journalistic passion began when she was 15 years old. She avidly watched another veteran journalist, Phil Donahue, on TV. While watching Donahue’s segment with the audience one day, it dawned on her, “he’s asking questions and they’re telling interesting stories. Is that a job?” Since then, she built her credentials for a broadcasting career.

In love with my @lapetiterobemi dress from today’s show! Thanks for all the compliments ????

#2. Turning Point in Her Career

Broadcast journalism is a competitive field, and Camerota went from station to station and worked freelance in between until Fox hired her. She started in the network’s Boston bureau until her work took her to New York City where she hosted America’s News Headquarters and Fox and Friends Weekend. She later joined Fox and Friends First. Camerota took a hiatus when she was pregnant. In 2014, she ended her 16-year run on Fox.

Soon after her departure from Fox, Camerota joined CNN and was immediately offered a primetime slot on New Day. The 51-year-old has earned a net worth of $2.5 million in her entire career. In later interviews, she would admit that CNN has a better work environment than Fox.

Even @chrisccuomo wishes he was wearing this dress from @donnamorgan_nyc ???? thanks for all the compliments this morning! #ootd

#3. She Was One of Roger Ailes’ Victims

Alisyn Camerota once spoke of former Fox CEO, Roger Ailes’ tendency to micromanage the workings of Fox broadcasts. She often clashed with his views as she recalled a particular broadcast when Camerota and her co-hosts conducted a balanced debate. However, Ailes wanted them to talk in favor of tax cuts. Without facts to support Ailes’ views, Camerota didn’t go ahead with his request.

In Fox, she also felt as though her career was stunted. So she asked Ailes for more responsibility. In turn, Ailes said they would have to work very “closely” and “it might have to happen at a hotel.” She didn’t speak up about the harassment until much later, calling it humiliating. The late Ailes’ rep denied all accusations that led to his ousting from Fox.

Know what time it is? Time for me to thank @mollytavoletti for the great new @danielwellington watch ????

#4. She Raises Awareness about Infertility

The news anchor is married to Tim Lewis, an investment banker. Camerota and Lewis are parents to fraternal twin daughters born in 2005, and a son born in 2007. However, before her daughters were born, Camerota struggled with infertility for three years.

She underwent treatment before finally giving birth to twins through IVF. Her son was naturally conceived. The experience made Camerota more outspoken about infertility issues. She raises awareness about infertility and urges couples to seek treatment rather than stay silent.

Look whose show I crashed this morning @kilmeade @aearhardt @stevedoocy

Alisyn Camerota debuted her new book, Amanda Wakes Up which she began writing years ago. However, the story seems very parallel to what we see today. Amanda is an up-and-coming reporter looking for a breaking story to launch her career. In this book, which might give you of Devil Wears Prada feels, Amanda makes a lot of sacrifices for her career.

However, there are other characters that will catch your eye. Like Victor Fluke, a former Hollywood star breaking into politics whose opponent is a female senator. Now which two people do they remind you of?

To be fair, Camerota’s characterization of Victor Fluke was a fluke. She interviewed Trump way before his presidential run and said his personality permeated into her thoughts when she conceived the book. Whether the story is a lot like the real political scenario or not, Amanda Wakes Up is a must-read.

Here in the greenroom of @buildseriesnyc with great delicious snacks #AmandaWakesUp