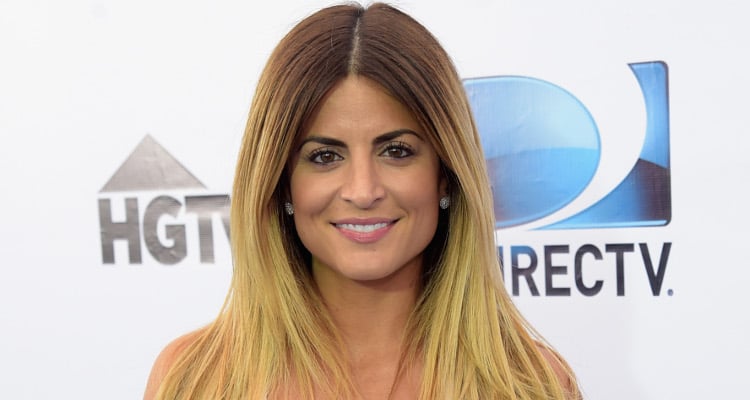 Alison Victoria makes a living crashing kitchens, remodeling them, and letting cameras film the entire process. The beautiful designer is back on our TV screens with a new show in her hometown. After giving hundreds of kitchens a makeover, she’s now restoring old properties in Chicago in Windy City Flip, which premiered last night (July 5). With such a busy life, it’s hard to believe she has time for romance! Is Alison Victoria married? Find out right here in our Alison Victoria wiki.

She Did Her First Reno Job at 10 Years Old

Alison Victoria Gramenos was 10 years old when her family moved to a new house and she asked her mother if she could take charge of the basement. That was the start of her design career. She moved from her home in Chicago to Las Vegas in 1999 to study at the University of Nevada.

Her professional interior design career began at Christopher Homes in Las Vegas, where she was the youngest designer. Her job included creating spectacular interiors for the affluent and semi-custom residences of Las Vegas.

She Has Her Own Firm

After two years in the business, the Windy City native launched her own full-service interior design firm, Alison Victoria Interiors Inc., which operates in both Chicago and Las Vegas. According to her website, the firm’s clients include a long a list of boutiques, private residences, and resorts.

She hasn’t stopped there! She created her own line of sleek, chic, and luxury furniture. The 35-year-old oversaw the $160.0 million expansion of the Silverton Casino Hotel in Las Vegas. She also designed a unit in the Trump Tower in Chicago and a pavilion in a Las Vegas hotel.

The DIY Network was expanding its popular Crashers TV series and hired Victoria. She became the first female host of the DIY network with Kitchen Crashers. In the show, she surprised homeowners with extravagant kitchen redesigns.

She also joined DIY Insider for six episodes in 2015. Her work was also seen in Hotel Impossible and Ultimate Crash: House, Bath, Kitchen and Yard. When she’s not busy, she devotes her time to animal activism and children’s charities.

Her net worth hasn’t been calculated, but she reportedly earns a pretty penny thanks to her shows!

She Had a Beautiful Wedding

Unfortunately for many of this beautiful designer’s fans, Alison Victoria is taken! She’s married to an insurance agent named Luke Harding. He proposed to her in the City of Love in the most romantic way possible.

“We were in Paris, and we were having drinks at our hotel after dinner,” Victoria recalled. “At midnight, the concierge came out to us and said, ‘Mr. Harding, we have your car ready.’ He drove us to the Eiffel Tower with a blanket, champagne and the biggest bag of chocolate truffles. Luke proposed during our midnight picnic and said he wanted to wait for this night because it was his parents’ 34th wedding anniversary, and their marriage was something he wanted with me.”

The romantic proposal was followed by a lovely wedding in 2014. Victoria planned her white, gold, and pale blush-themed wedding at The Drake Hotel in Chicago, which was attended by 120 guests. They ditched the traditional wedding cake for a literal cheese cake —three tiers of cheeses like Brie and Gruyere.

I know this shot looks super natural and not staged at all, but it's really a sneak peek from a fun shoot with @mariaponcephoto to announce something super exciting next week!!! Stay tuned loves…?

Her Kitchen Needs No Crashing

Alison Victoria has seen her fare share of homes demanding to be saved. But what about her own home? Needless to say, her Chicago house needs no saving. However, when she and her husband bought the 1905 three-flat, it was in need of some rehab.

She designed her home with a blend of modern and vintage, but her kitchen has a sleek white theme, using pieces she gathered from different places. She even traded in a designer coat for 1960s-era diamond-shape pendants that hang above the kitchen island. Her kitchen is complete with a cozy wine nook.