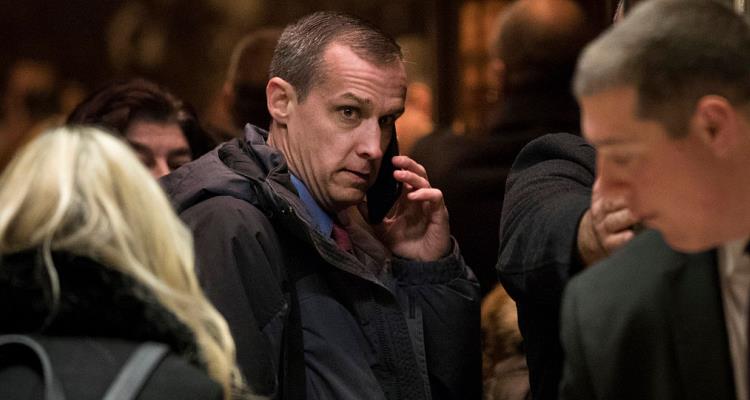 Corey Lewandowski is constantly in the news, often embroiled in controversy, but little is known about his wife, Alison Lewandowski. Her first husband died in the 9/11 attacks in New York City in 2001. She keeps a low profile and takes care of the home front and their four children while Corey Lewandowski bashes on regardless. He admits that he would be lost without his wife’s support.

One-time campaign manager of President Donald Trump, Corey Lewandowski, continues to draw flak over his insensitive remark of “Womp, womp,” even as he tries hard to downplay the incident.

Lewandowski made the remark while participating in a debate on Fox News regarding the case of a 10-year-old immigrant girl with Down syndrome, who was taken away forcibly from her mother and put in a cage.

This was under the Trump administration’s family separation policy.

Thanks to this controversy, the spotlight is also shining on Corey Lewandowski’s wife, Alison Lewandowski.

Here are a few details from Alison Lewandowski’s wiki.

Who Is Alison Lewandowski?

Born in June 1974, Alison Lewandowski’s age is 44. Her maiden name is Alison Hardy, and Corey Lewandowski met her when he was in ninth grade, and she was in eighth grade.

In 1998, she married Brian Kinney, but the marriage later ended in tragedy. Alison Lewandowski’s first husband died on 9/11.

The plane he was flying in, United Airlines 175, was hijacked by Al-Qaeda terrorists and flown straight into the South Tower of the World Trade Center in 2001.

Kinney and all the passengers on the flight were killed immediately.

Four years, later Alison and Corey Lewandowski got married in 2005, and the couple now has four children of their own. They have three sons and one daughter.

She Supported Her Husband When He Was Trump’s Campaign Manager

Alison Lewandowski used to work as a teacher in Lowell, Massachusetts, where she hails from.

She ably supported her husband when he was fully immersed in working on Donald Trump’s presidential campaign in 2015 and 2016.

Corey Lewandowski had admitted at that time that balancing work and home was very difficult. But he was able to manage because he had his wife’s constant support.

He said, “I mean, I’ve known my wife for 28 years, so this is not a new phenomenon. I’ve known her since she was in 8th grade and I was a freshman in high school.

When you have a great support system at home, it makes your job a lot easier.

While I know, it’s difficult on her and the kids, they understand what we’re trying to accomplish here is very, very important for the future generations.”

Corey Lewandowski Allegedly Had an Affair with Hope Hicks!

Alison Lewandowski lives with her husband and their four young children in Windham, New Hampshire.

Corey Lewandowski was in the news earlier when Michael Wolff mentioned in his book, Fire and Fury: Inside the Trump White House, that he had an affair with then-White House communications director Hope Hicks.

According to the book, several people in the White House knew about the affair, including President Donald Trump.

The POTUS is reported to have said to Hicks, “Why? You’ve already done enough for him. You are the best piece of tail he’ll ever have.”

Trump reportedly made the remark when Hicks was upset with all the negative press Lewandowski had been getting at that time.

Alison Lewandowski Is the Strength Behind Her Husband

Even as Lewandowski continues to draw fire towards him, he is busy working in Manchester, New Hampshire. And his wife continues to support him and take care of their four children.

Alison Lewandowski has stood by her husband through thick and thin so far. If Corey Lewandowski expects to get out of the controversies that he finds himself embroiled in right now, he will need his wife to continue to support him.