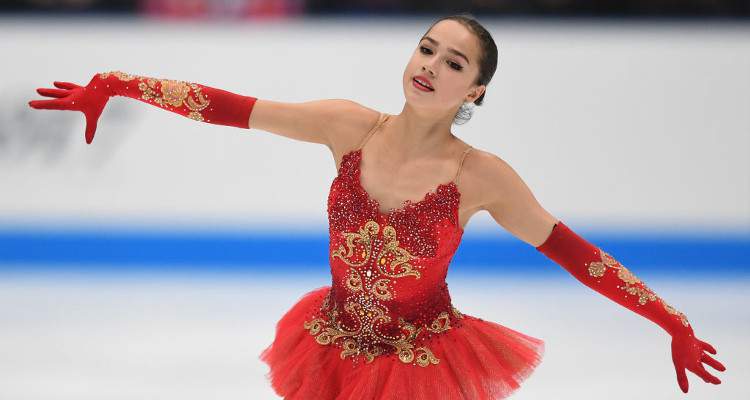 The Russians won the silver medal at the Olympics 2018 in the figure skating competition after Alina Zagitova exhibited her impeccable skills at the free skate! If you want to know more about the 15-year-old Russian figure skater, then keep on reading because we have details from Alina Zagitova’s wiki.

Born on May 18, 2002, Alina Zagitova’s age is 15. She was born in Izhevsk, Russia, to Ilnaz Zagitov, who is an ice hockey coach. Zagitova also has a younger sister, Sabina Zagitova, who is also a figure skater.

Reportedly, Zagitova was named a year after she was born. After watching Russian rhythmic gymnast Alina Kabaeva, Zagitova’s parents decided to call their daughter Alina.

About her name, the figure skater said, “I was named in her honor. When I was born, they did not give me a name until I was one year old. Once my parents watched gymnastics. Alina Kabaeva was competing, they looked at each other and decided call me this name – Alina.”

Alina Zagitova began skating at the young age of five. She trained under Natalia Antipina in Izhevsk until 2015. Currently, her coaches are Sergei Dudakov and Eteri Tutberidze in Moscow.

Zagitova came in ninth place at the 2016 Russian Junior Championships after she was placed eighth in the free skate and 12th in the short program.

The figure skater made her international debut in 2016 at the 2016-17 ISU Junior Grand Prix (JGP) competition held in Saint-Gervais-les-Bains, France. She came first in both segments and won the gold medal.

At the competition, Zagitova’s total score was 194.37 points. It is the second-highest score achieved by a female single skater at the junior level.

Zagitova also took home the bronze medal at the JGP event held in Slovenia. Her results allowed her to be qualified at the 2016-17 JGP Final, which took place in December in Marseille, France.

While participating in France, Zagitova came first in both segments. She won the gold medal with a total of 207.43 points. Zagitova was the first junior lady skater to score above the 200-mark.

In December, Zagitova participated at the senior level of the 2017 Russian Championships. She came third in the short and ranked second in the free, winning a silver medal.

In February 2017, Zagitova took home a gold medal at the European Youth Olympic Festival held in Turkey. She started off the 2017-18 season after coming third in the short, but ranked first in the free. Her total score was 218.46.

At the 2017-2018 Grand Prix Season, Zagitova participated in two events, Cup of China and Internationaux de France. While competing in China, Zagitova won a gold medal with a total score of 213.88.

Later that month, Zagitova also won the Russian National title with a total score of 233.59 points. While competing at the 2018 Europeans in Moscow, Zagitova came first over her teammate, Evgenia Medvedeva.

On January 21, 2018, Zagitova was named for the Russian Olympic team.

Zagitova once said, “It’s in my character that the more difficult it is, the better it is for me.”

Zagitova’s Performance at the Winter Olympics 2018

Alina Zagitova’s performance for the women’s free skating event was exceptional and received a total of 158.08 points. However, her performance was criticized by American skater, Ashley Wagner.

Wagner took to Twitter and wrote, “It’s not a program. She killed time in the beginning and then just jumped the second half. It’s not a performance. I understand that this is what the system allows but it’s not all figure skating is about.”