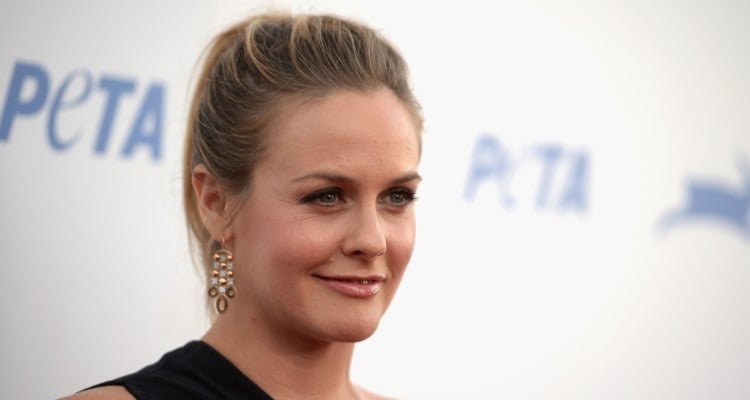 If you’ve been searching for “Alicia Silverstone for PETA,” then stop what you’re doing, because we have just what you need. The 40-year-old vegan was featured on the animal rights group’s Instagram page, where she was pictured naked from behind, holding a sheep mask in her hand while in a beautiful forest.

“Actor & bestselling author @aliciasilverstone would rather go naked than wear wool!” the organization captioned the stunning new photo of the actress. “Sheep are gentle, kind animals who are often beaten, kicked, & mutilated so their wool can be made into sweaters, scarves, & other clothing items. Choose fake, for animals’ sake!”

Actor & bestselling author @aliciasilverstone would rather go naked than wear wool! Sheep are gentle, kind animals who are often beaten, kicked, & mutilated so their wool can be made into sweaters, scarves, & other clothing items. Choose fake, for animals' sake!

The ad reads, “Wear your own skin, let animals keep theirs.” The ad also reads “Alicia Silverstone for PETA.”

The organization’s web site posted a video of Silverstone giving her thoughts on the treatment of the animals and why she stripped down for the cause. “They’re cut. They’re harmed,” she said about sheep. “They get very seriously wounded, and there’s no care for them when they’re wounded. It’s just move on to the next. These are not creatures to the people who are doing this. They’re just objects. When the sheep are no longer useful, they’re killed. So, there is no happy place they get to go for being a wool sheep.”

This isn’t the first time the Clueless star has gone ‘au naturel’ for PETA, and it probably won’t be the last, either. The actress’ newest campaign comes nine years after the first time she stripped down for the animal rights group, in a 2007 ad promoting vegetarianism. But Silverstone took it one step further and has lived as a vegan for most of her life.

Actress Eva Mendes and former Playboy Bunny Holly Madison, also went nude for PETA that same year. Supermodel Christy Turlington first posed nude for PETA’s anti-fur campaign back in 1993, while Baywatch alum Pamela Anderson wore a lettuce bikini in her 2003 shoot! (Some of us can’t eat lettuce the same way again, after that!) 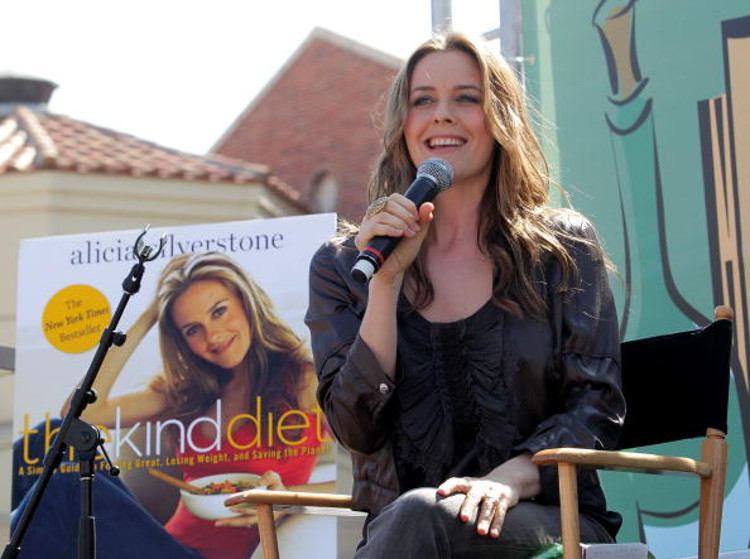 Other celebrities such as Taraji P. Henson, Khloe Kardashian, Pink, and Olivia Munn have also gone naked for the organization.

“Most people aren’t aware at all what goes into getting wool and are very surprised that there’s a problem with it,” Silverstone tells US, as she names fur and leather as being the most recognized issues. “The [wool industry] is really, really cruel—there’s no retirement farm, it’s more like, ‘Hey, we’re going to torture you your whole life, and then slaughter you afterwards.’ I’m so happy to be helping in raising awareness about something people are quite innocently in the dark about.”

Silverstone hopes that her ad will reach others and persuade people to find alternatives to sheep’s wool. She hopes that many will become educated about the treatment of sheep and what pain they endure to produce their wool for consumer purchase.

Silverstone’s “I’d Rather Go Naked Than Wear Wool” billboard is already visible in Times Square as of yesterday (at 40th Street and 8th Avenue), to engage consumers and have them think about their purchases during the busiest shopping season of the year: Black Friday!