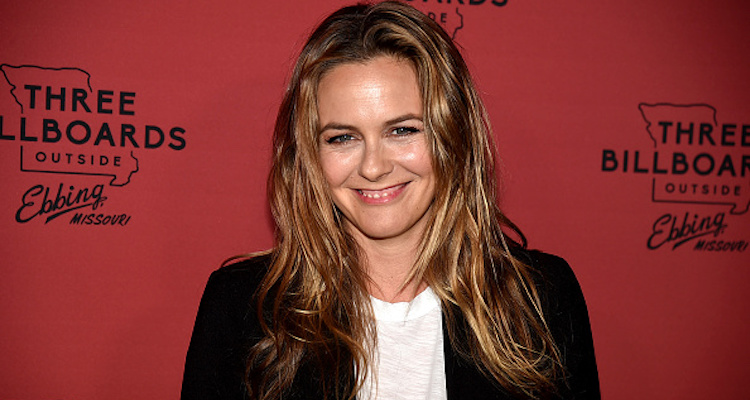 Alicia Silverstone was born on October 4, 1976, to Deirdre and Monty Silverstone in San Francisco, California.

Silverstone’s career in entertainment began very early as a model, which quickly moved on to television commercials for companies like Domino’s Pizza. During this period, Silverstone still attended regular school, first at Crocker Middle School, before moving on to San Mateo High School.

From Aerosmith to Clueless

The ’90s kicked Silverstone’s career into high gear, starting with a 1992 appearance on The Wonder Years, which was her first credited acting gig. It was a year later that everyone began to see Silverstone and her career really began to blossom.

First, there was the release of The Crush. While the film didn’t garner much in the way of critical praise, it did become a modest hit. And maybe, more importantly, Silverstone caught the eye of Marty Callner, Aerosmith’s frequent music video director.

Aerosmith was in the midst of a big resurgence in popularity due to their hit album, Get a Grip. The video became a huge hit and was incredibly requested at MTV. From there, Silverstone was off to the races!

#JamesGandolfini and I in #France shooting the film, Le Nouveau Monde. I was 17! #tbt

In 1995, multiple Alicia Silverstone movies were released. And there was one particular role that Silverstone would be associated with for the rest of her career—Cher in Clueless.

The teen comedy, loosely based on Jane Austen’s novel, Emma, had a modest budget of $12.0 million but ended up raking in $55.0 million! It also became a favorite among teenagers of the time.

Clueless eventually spawned a television series (without Silverstone) and a series of books. And due to the film’s success, Silverstone signed a deal with Columbia-TriStar for somewhere around $8.0 to $10.0 million, which included a first look deal for Silverstone’s production company.

Where Is Alicia Silverstone Now?

Everything was looking up for the actress, so what happened? Unfortunately, while very talented, Silverstone took on a few projects that did not do well. And, the biggest of these was playing Batgirl in Batman & Robin.

While the film did okay both financially and critically, Batman & Robin was burned at the stake. It effectively killed off Batman at the movies until the character’s reboot in 2005’s Batman Begins. After that, Silverstone continuously worked in theater and had smaller film and television roles.

Alicia Silverstone’s 2017 might not have the star power she once had, but she was still productive work-wise. She appeared in all 12 episodes of the TV show, American Woman and filmed Book Club, alongside Jane Fonda, Diane Keaton, and Candice Bergen.

Silverstone is also a mother to a son who was born in 2011. As she has long advocated for animal rights, she began as a vegetarian and eventually became vegan. This love of animals also caused Silverstone to lend her time to organizations like PETA, as well as setting up a sanctuary for rescue dogs.

Currently, Alicia Silverstone and her family have adopted numerous rescue dogs, and in 2004, she was voted the “Sexiest Vegetarian” of the year.

"Happy holidays everyone! Please enjoy delicious cruelty free foods this season and save these sweet little ones from so much suffering!"❤️??