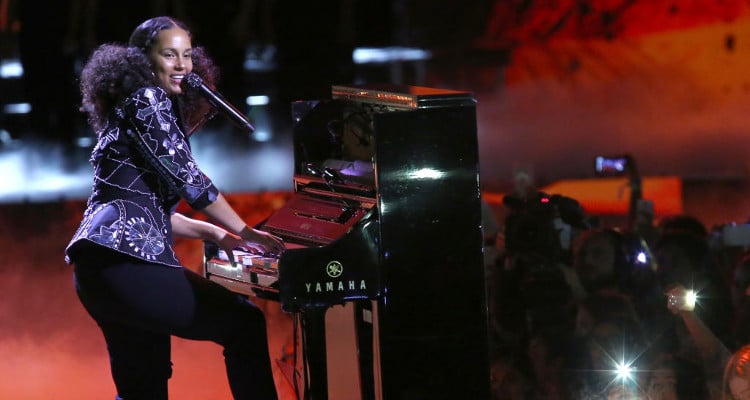 Recently hit with a $16.0 million lawsuit that alleges he was part of a luxury scam, Swizz Beatz had some legal trouble on September 8, 2017, when the indictment was filed in Nassau Supreme Court. The suit claimed Swizz “resold or fraudulently” used exotic cars. We have some interesting facts about the producer, including Swizz Beatz’s Harvard Business School program.

A hip hop artist, producer and the infamous Alicia Keys’ husband, Swizz Beatz is famous both for his professional and personal life. About the recent controversy, his lawyer, Matthew West called the filing “nothing more than a desperate attempt to shake down a public figure.” Lawsuit aside, professionally Swizz Beatz is in a good place. In August, he released a collab with Lil Wayne, and might have something in the works with Kendrick Lamar. We have a few interesting details about him in Swizz Beatz’s wiki.

Born Kasseem Dean on September 13, 1978, Swizz Beatz’s age is 39. He was raised in the Bronx and started his career as a DJ,  going on to become a rapper, singer, producer, record executive, and creative director. Through his work with East Coast rapper DMX and the Ruff Ryders Entertainment record label, he gained recognition in hip hop at the age of 16. He launched his own imprint, Full Surface Records, to which he signed multiple artists. In 2002, he released Swizz Beatz Presents G.H.E.T.T.O. Stories through his label and DreamWorks Records. In 2007, he released his debut studio album, One Man Band Man. Swizz Beatz’s songs became instant hits and he was placed on The Source‘s “20 greatest producers” list. Kanye West went on to call him “the best rap producer of all time.” It is also interesting to note that he was accepted into Harvard Business School’s nine-week Owner/President Management Extension Program.

Nicole Levy gave birth to Swizz Beatz’s son, Prince Nasir Dean, on October 25, 2000.  In 2004, he married songwriter Mashonda Tifrere, and their son, Kasseem David Dean, Jr. was born in December 2006, but the couple reportedly separated in early 2008. In May that year, Swizz Beatz and singer-songwriter, Jahna Sebastian had a daughter named Nicole. After confirming their relationship a year earlier, Beatz got engaged to Alicia Keys in May 2010, and announced her pregnancy. On July 31, 2010, the couple got married on the French Island of Corsica. Their son, Egypt Daoud was born on October 14, 2010. They were blessed with a second son, Genesis Ali Dean, on December 27, 2014.

Swizz Beatz’s net worth is estimated at a whopping $70.0 million.

Swizz Beatz is pretty active on social media, especially Instagram. You can catch a glimpse of his luxurious life through his pictures.

Over the years, Swizz Beatz managed to win many hearts, and his career in the music industry has consistently shown an ascent.