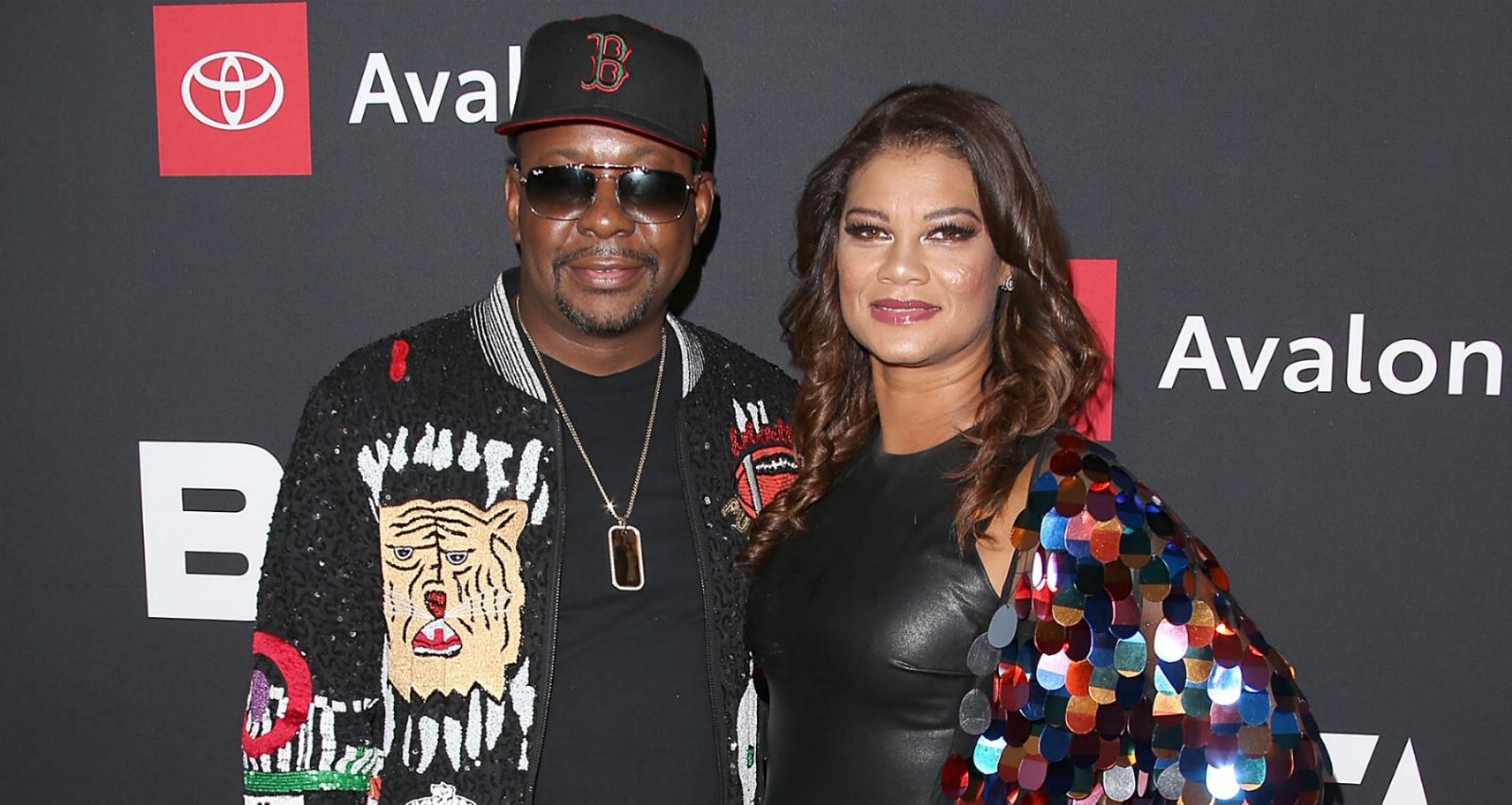 BET’s The Bobby Brown Story picks up from where the New Edition miniseries left off. The docuseries chronicles the time when Bobby Brown was kicked out of the R&B band for his bad boy ways. It showcases the sex, drugs, relationships, and drama that have followed him throughout his career, as well as his marriage to Alicia Etheredge. Brown and Etheredge have known each other for years and got married after Brown’s divorce from Whitney Houston. Our Alicia Etheredge wiki elaborates more on Bobby Brown’s relationship with his wife.

They’ve Been Friends Since They Were Teens

Born on December 21, 1973 in California, she graduated from Howard University in Washington, D.C. and became Brown’s manager after his marriage with Houston dissolved.

In a 2012 interview, Brown recalled that he was just 18 when he met Etheredge. He was a rising star trying to make it in the music business while hanging out with friends like Etheredge.

“I believe I was about 18, and we were at a dance place, where people just go and work out their new moves … I met her there, and we became friends, we all hung out,” recalled Brown.

They reconnected after his divorce, and Brown explained that “for some strange reason, I saw her again and sparks flew.”

He Proposed to Her on Stage

Brown and Etheredge had been together for more than two years before he popped the question in a grand public gesture. At that time, they were parents to their son, Cassius Brown, who was born on May 30, 2009.

The singer was performing at the Funk Fest concert in Jacksonville, Florida in May 2010. Etheredge joined him on stage with their then-11-month-old son when Brown got down on one knee and proposed to her with a gorgeous ring. The crowd went wild when Etheredge said “yes.”

In fact, Bobby Brown’s ex-wife, Whitney Houston, was also happy for him. 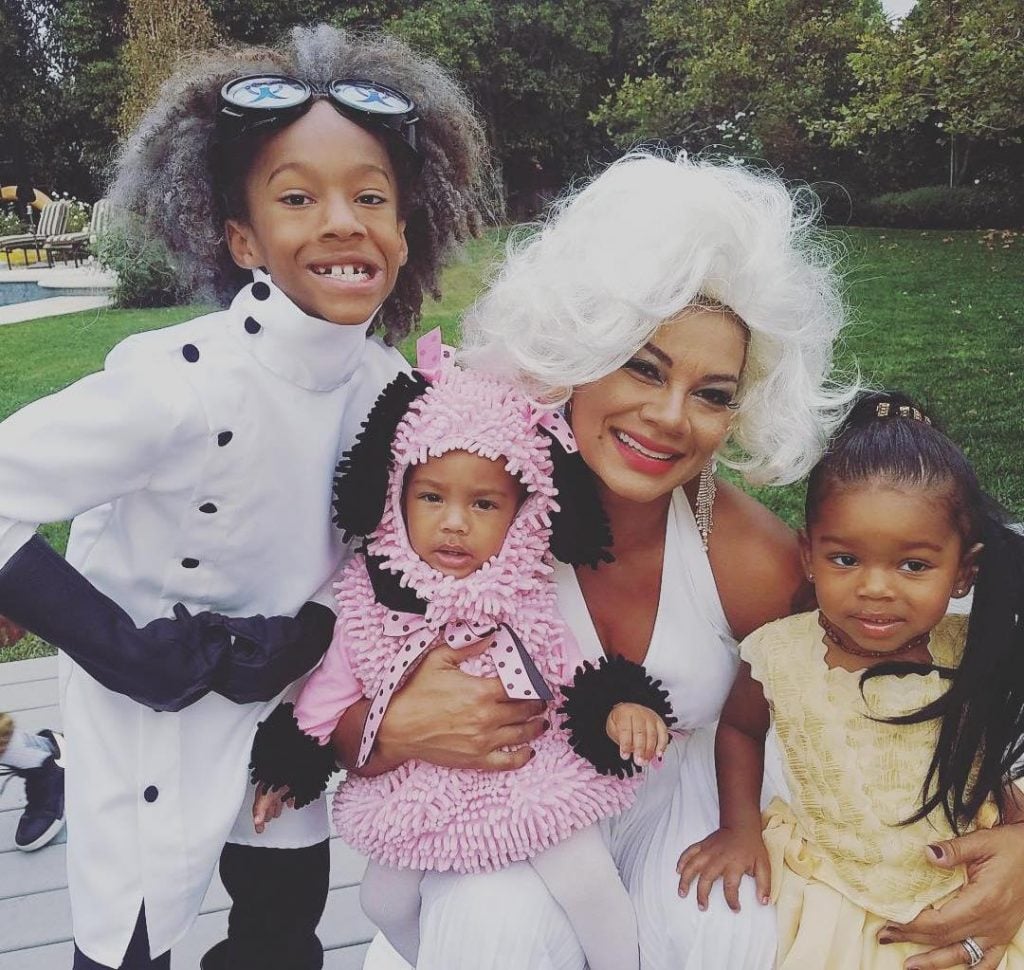 “I am very happy for Bobby and Alicia and I wish them all the best,” the iconic singer had said at that time.

She Got His Career on Track as His Manager

Bobby Brown was notorious as New Edition’s bad boy, and his tumultuous marriage with Whitney Houston was filled with drugs and affairs. But he appears to have put his shady past behind him after marrying Etheredge.

According to Brown, Etheredge previously worked at ABC Studios and with Macy Gray and Magic Johnson. She joined Brown’s team in 2008 and has since turned his career around for the better.

Etheredge, however, admits mixing professional and private lives is not always easy.

“Yes, there is always conflict at times that arises … and I think it’s just when the two overlap,” she said.

Etheredge also had a brief stint as a TV producer, having produced an episode of Outsider’s Inn. While Brown serves as producer of The Bobby Brown Story, Etheredge has no executive role in the two-part series.

Her Brother Is an Actor and Director

Alicia Etheredge’s sister, Kim Etheredge, is often featured on her Instagram. She’s an entrepreneur and the cofounder of Mixed Chicks, a hair product line.

Their brother, Justin “JJ” Etheredge, is a director who has written and directed documentaries and short films. He also an actor and had a role in The Bobby Brown Story. 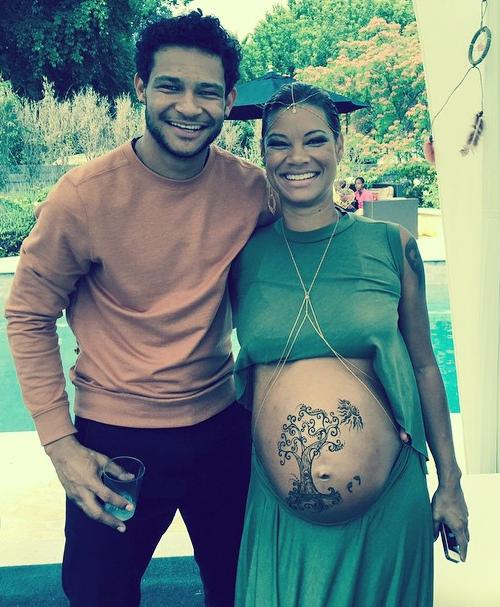 When Alicia Etheredge was employed at ABC Studios, her brother tagged along with her as a child. He was fascinated by the director’s role and decided he wanted to be one, too.

They Stuck Together Through Tough Times

Alicia Etheredge and Bobby Brown say that faith and a belief in a higher power keeps their marriage strong. The R&B crooner also credits Etheredge for helping him give up drugs and alcohol and get clean.

Etheredge turned to meditation, yoga, and self-help books to help Brown deal with his addiction problems.

They put up a united front when Whitney Houston passed away in February 2012. And when Brown’s daughter with Houston, Bobbi Kristina Brown, passed away in July 2015, Etheridge stood by him and was his rock.

Bobby Brown has a complicated relationship with his sister, Leolah Brown, who claims that Houston and her daughter’s deaths were not accidental.

Between 2012 to 2013, Brown was arrested for DUIs and checked into rehab for alcohol abuse, and his wife supported him through that, too. And Etheredge often  speaks out about mental health awareness on her social media pages.

They seem to be each other’s pillars of support, as Brown was also there by Etheredge’s side when she was hospitalized in September 2012 after suffering a seizure.

With everything that Bobby Brown has been through over the years, he is very lucky to have a woman like Alicia Etheredge by his side—and vice versa!

Also Read: Everything You Need to Know About Bobby Brown’s Kids