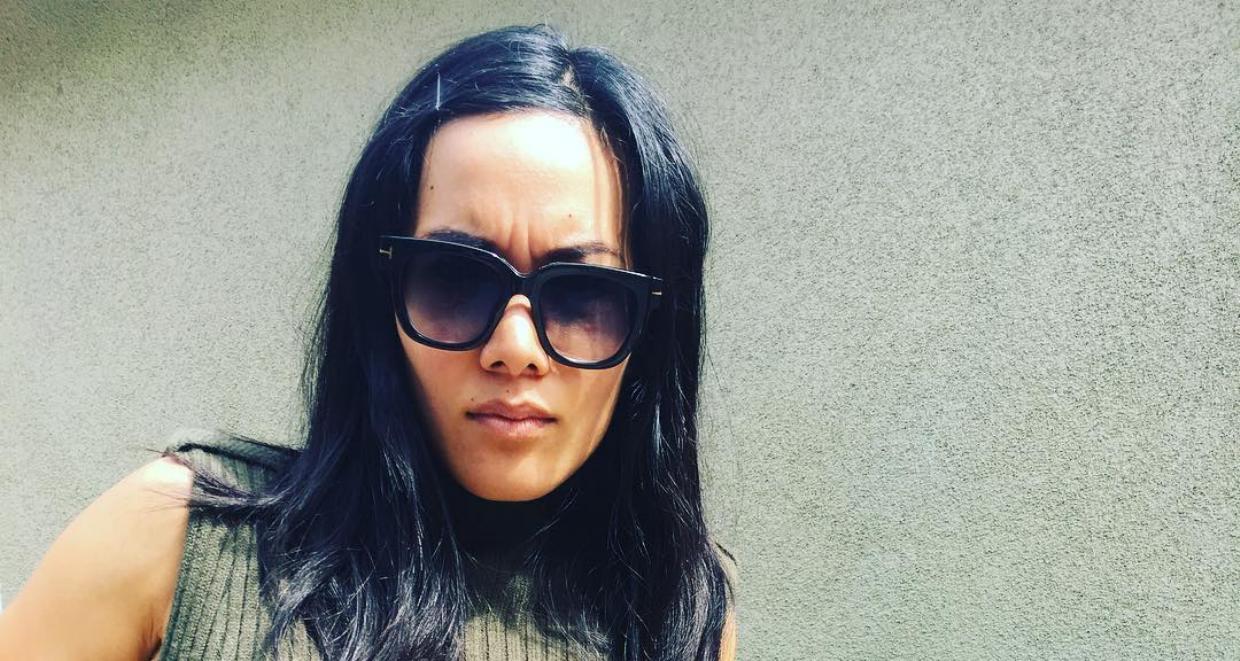 Stand-up comedian Ali Wong has been making people laugh since 2014. And with a Netflix movie, Always Be My Maybe, and memoir in the works, she’s taking her brand of raw and edgy, knee-slapping comedy to screens and book shelves everywhere. Ali Wong’s net worth in 2018, an estimated $2.5 million, secured her spot among the top earners in the industry!

Ali Wong comes from San Francisco but is shuffling between homes in New York and Los Angeles now. And she’s not your regular stand-up comedian.

Wong knows how to make light of sensitive topics. She’s earned some big numbers through her pregnancy-tackling talent. And her decision to make a brand out of her comedy seems to have helped her earn some serious cash.

Ali Wong tried her hand at comedy for the first time in 2005, and her comic career has been a fun ride since the start. And now, she has another Netflix show coming out in 2018!

The comedian is married to Justin Hakuta, and they have two daughters together. Mari was born in 2015, and a newborn born five months ago.

Her comic acts mostly feature her family and personal life. She chronicles the difficulties of becoming a mother with a hilarious twist!

Ali Wong was born on April 19, 1982, and was raised in the Pacific Heights area in San Francisco, California. She is part Vietnamese and part Chinese from her mother and father’s sides, respectively.

Her parents, Adolphus and Tammy Wong, have four children. Ali Wong is the youngest of her siblings.

Wong attended UCLA where she graduated with a major in Asian American Studies. It was in college where she realized that her calling was performing arts.

After she graduated in 2005, Wong decided to try her hand at comedy for the first time at Brainwash Cafe in San Francisco.

Like most people looking to make it big in theater, Ali Wong packed up and moved to New York.

She said that she would sometimes do nine gigs a night in the Big Apple to get people to recognize her. And as a struggling comedian, she didn’t make much money.

However, Wong is now a successful female comedian in U.S. These days, she is earning good money through her tours and shows!

The comedian has not been very active on social media. And unlike the Gen Z-friendly comic scene, which is mostly Internet-based, Wong has stuck to the old way of performing live in theaters.

That said, she is one of the most searched female comedians on the Internet with over 380K followers on Instagram.

Social media platforms are a great way to earn money while you promote your brand.

According to some sources, you can make $5.00 to $10.00 per thousand followers. Or even $1.00 per follower, depending on the popularity you have on the social media app.

Influencers are approached by brands and are paid handsome amounts of money for their posts. And by the looks of it, Ali Wong earns between $800 and $1,400 on an average per post through Instagram alone.

She doesn’t seem to have a YouTube channel. But she does have over 91K followers on Twitter.

Wong also earns money through endorsements on social media, for which she is compensated in thousands.

The comedian has been promoting

The comedian has been promoting 85°C Bakery Cafe on Instagram after they partnered with Netflix for her show.

For a good comedian, TV show offers line up fast. And for Ali Wong, Fresh Off the Boat was one such opportunity.

The TV sitcom of a Vietnamese family in America was well-received, and Ali Wong was behind the show for the first three seasons as a writer.

A top-end TV show writer earns an annual salary between $65,000 and $110,000 on an average, or as per the deal the production company proposes.

Television writers rank in the middle of the entertainment writing industry. They rank above copywriters, court reporters, technical writers, and film editors.

Wong has appeared on several TV shows like Are You There, Chelsea?, American Housewife, and Black Box.

She has also did voice work in BoJack Horseman, The Lego Ninjago Movie, and The Angry Birds Movie, along with appearing on Inside Amy Schumer.

It is estimated that she has earned over $6.0 million through her acting career so far. This is in addition to all her talk show appearances and promotional events.

Comedian Kevin Hart reportedly made over $70.0 million through his 2016 tour alone. And although Ali Wong is not as big as he is, it is safe to say that she easily earns an estimated $10.0 million through her intercity tours, which is usually sell out at $300 to $400 per ticket.

Wong has invested her money in all the right places. And one such investment is her very own brand with an online shop.

Ali Wong’s merch shop is a place where you can find cool products for pregnant moms, babies, men, and your home.

Mugs illustrated with Ali Wong, baby onesies with “Traphisass” written on them, and “Jungle Asian” products all ranging from $30 to $80 a pop, have been selling off the virtual racks!

You can also find theme-wise products inspired by all her shows, like Ali Wong: Hard Knock Wife.

For a person who comes from a poor background (as she said she did), Wong has done fairly well for herself over the last decade.

She says she juggles between New York and Los Angeles. And Wong’s also busy raising two kids with her husband, Justin Hakuta, who is a vice president of a tech company.

Where Does Ali Wong Live?

Since she has mentioned that she lives in two of the best cities in the country, it’s obvious that Wong and her husband have some very interesting homes in both places.

According to The New Yorker, the comedian’s one-story home in New York City has a lot of outbuildings surrounding it with mosaic tile art installed all over.

A home like that could cost north of $950,000 in the Big Apple, depending on the location.

Back in California, a house in Los Angeles could cost somewhere between $700,000 and $1.5 million or more.

Ali Wong’s husband’s net worth is estimated at $1.5 million. He helps his wife out with promotions during her tours and events.