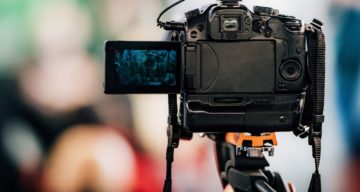 Ali Reid has spent the longest tenure of her career so far, bringing all the latest news coverage to Allentown residents. She’s now moving on to bigger things in the broadcasting industry. Ali Reid announced that she is leaving WFMZ-TV 69 News in Pennsylvania. WFMZ viewers and her social media followers naturally want to know where she is going next. In fact, Reid has made it a puzzle for her followers ahead of her last day at WFMZ, leading them to play a little detective. Find out what she said about her departure from the station here.

Ali Reid was born in Virginia and grew up in South Jersey. She earned a bachelor’s degree in broadcast journalism from Emerson College in 2018 and studied at the Washington Center for Internships and Academic Seminars.

Before she was a college graduate, Reid had built an envy-worthy resume with a wide variety of media experience. Besides local news stations, she has interned at iHeartMedia, NPR, NESN BirchBox, Sweety High, and Inside Edition. She was also a Grammy U member at the Recording Academy.

Her earliest professional broadcast job was in Illinois. She was a reporter and fill-in anchor at Peoria’s WMBD-TV News from 2018 to 2019.

In 2019, Reid joined WFMZ-TV 69 News in Allentown, Pennsylvania. She’s been a reporter on the morning show since then and spent the past year hosting the U.S. Figure Skating Association’s on-air show.

The Gracie Award-winning reporter has left a lasting impression on 69 News viewers with her interviews of icons from the Olympics to the entertainment world in three years. And it now appears she’s moving on to a well-deserved opportunity.

Reid announced on broadcast and social media, that she is leaving WFMZ after three years. Her last day on the air is on Friday, December 1.

As for where she is going next, Reid hasn’t revealed details yet. But she hinted at something with a lightbulb emoji.

Her sharp social media followers speculate that the emoji has to do with Thomas Edison and the city of Edison in New Jersey. They could be right since she grew up in the state. However, this is speculative at this point, and we have to wait for Ali Reid to reveal details about her new job soon.