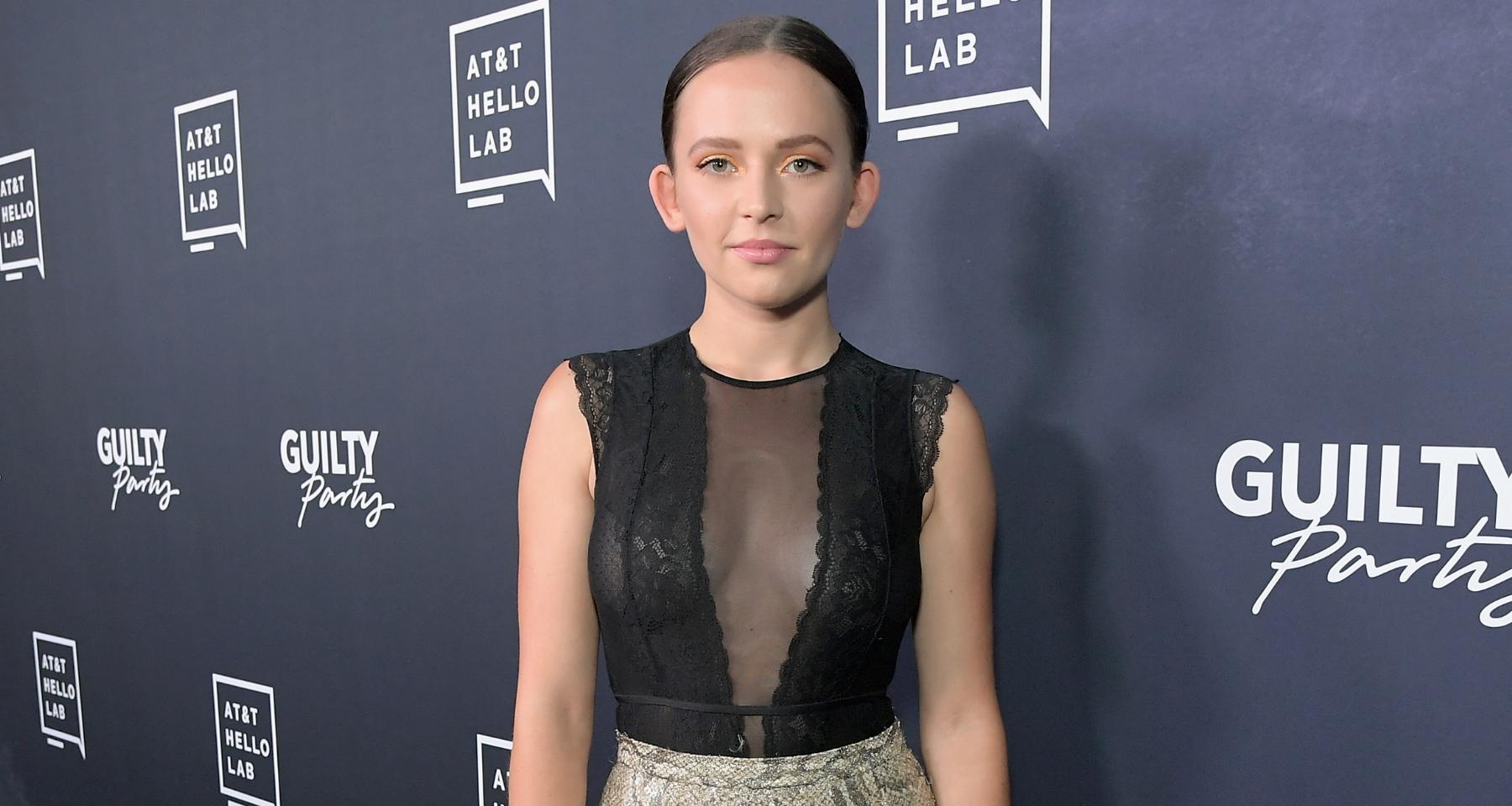 If you watched The Goldbergs last night (October 3), you probably noticed something different about young Adam Goldberg’s girlfriend, Jackie. Rowan Blanchard who previously played Jackie has been replaced by actress and YouTuber, Alexis Zall.

In the latest episode of The Goldbergs, Adam Goldberg’s girlfriend Jackie returned after spending the summer at NYU. Adam noted that Jackie had changed so much that she looks like a completely different person!

In reality, Jackie is a different person. Alexis G. Zall, who you probably recognize from her YouTube videos, was cast as Jackie, replacing Rowan Blanchard. Our Alexis Zall wiki has more insight on the up-and-coming actress you need to keep an eye on.

Alexis Zall was born on June 6, 1998 and is 20 years old. She was raised by her parents, Elizabeth and Bryan Zall, in Scottsdale, Arizona but now resides in Los Angeles for her budding career in entertainment.

At her age, she has accomplished quite a lot and has already made a mark for herself in the business.

She’s largely YouTube-famous (the best kind of famous these days), with a YouTube channel that has over 1.1 million subscribers and growing. She’s better known on her social media as Alexis G. Zall (the G for Genevieve, which is her middle name).

Alexis has a birthday tradition where she posts a video of tips she has picked up over the years. And the tips to get through are always the same number as her age. Check out her 20 Tips for 20 Years below!

Zall began training as a gymnast when she was just two years old. But an injury sidelined her sports career and boosted her performing aspirations. She caught the acting bug when she participated in a school play and hasn’t looked back since.

She has been acting professionally since 2012 in TV shows. Some of her best known credits include Spirits, Betch, Ouija: Origin of Evil, Modern Family, Embeds, Rad Lands, DC Super Hero Girls, and Guilty Party.

She played Bec on the Go90 series Zac and Mia, which won critical acclaim and a cult following for all its young actors. The series won two out of the six Daytime Emmy nominations in 2018. One of the nominations was for Zall for Best Supporting Actress. With the series renewed for season 2, you expect her to return as Bec.

And now, she plays the transformed Jackie in The Goldbergs! Not only has Jackie’s face changed, so has her style. Adam has a hard time dealing with the punk-chic version of Jackie to our hilarity.

Rowan Blanchard, who originally portrayed Jackie, clinched a role alongside Oprah Winfrey and Reese Witherspoon in A Wrinkle in Time. She’s now set to star in the 2019 release, A World Away, by her father Mark Blanchard. Blanchard’s hectic schedule probably clashed with filming for The Goldbergs and that may be why she left the show.

She’s dating a fellow YouTuber, Amy Ordman. They revealed they were dating through a “girlfriend tag” video in early 2018.

The Australian-born Ordman and Zall met when the two tweens starting out on YouTube. Ordman had relocated to the U.S. to pursue her YouTuber dreams and often hung out with Zall.

They were best friends before they began dating and Ordman was the first person Zall came out to as gay.

She’s a Writer and Producer

This multi-faceted starlet is as talented behind the camera as she is in front of it. Not only is she the creative genius for her YouTube videos, she has written episodes for TV series like Pantry Baking and 20 Ways. She also served as producer of Pantry Baking.

Also Read: How Did “The Goldbergs” Actor Jackson Odell Die?