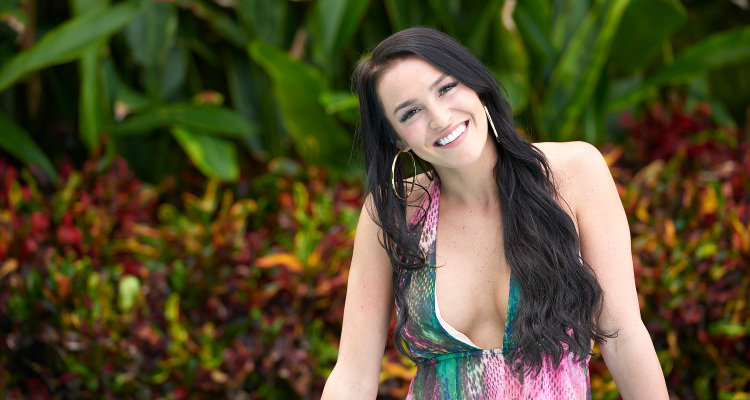 Dolphins or sharks? Everyone who watched Nick Viall’s season of The Bachelor knows of the hilarious debate behind Alexis Waters’ infamous costume. Well, if anyone out there enjoyed the quirkiness she brought with her to The Bachelor, get ready for more of her in your life! Alexis Waters is going to be on Bachelor in Paradise season 4 trying for a second time to find love on reality TV!

We all love The Bachelor franchise, and after the recent finale of The Bachelorette where Rachel and Bryan got engaged, no time is being wasted before we get to see more with Bachelor in Paradise. We will see a lot of familiar faces, including Amanda Stanton and Alex Woytkiw, and the season is definitely going to be full of drama! One contestant everybody is waiting to see is Alexis Waters. She made a fool of herself by wearing a shark costume thinking it was a dolphin, but was quick to redeem herself —both to Nick and to viewers. Now, fans can’t seem to get enough of her and her hilarious antics! What does she have up her sleeve next? Before we talk about all things BiP season 4, get to know facts about her from our Alexis Waters wiki, right here.

On The Bachelor with Nick Viall

Alexis Waters was born on March 24, 1993, making her age 24. According to her bio on ABC, she was a dolphin enthusiast and wanted to be a dolphin trainer. Her passion for dolphins is so strong that she accidentally donned a shark costume (thinking it was a dolphin) during her first night on The Bachelor. When asked about what animal she would like to be, she said a dolphin (no surprise there!) because she loves the ocean, or a dog because they are active. She also mentioned The Little Mermaid, because who doesn’t want to be a mermaid, right?! Funny that she is, Waters says that she is seriously afraid of E.T, the alien. Waters’ spirits were dampened when she first met Viall, after he broke the news to her that her costume was of a shark, not a dolphin. She stuck to her guns, and eventually became loved for her quirky personality. Unfortunately, she was eliminated in week 5.

It was later reported that Waters did not even like Nick! She said that she was friends with the other women and knew Nick would not choose her because he was always looking at Vanessa.

Where Did She Go after The Bachelor?

Once The Bachelor ended, the funny woman was not seen training dolphins. In fact, unlike some of her fellow contestants, Alexis Waters was not seen anywhere else for a while! The show ended early 2017, and since then, it’s only been fun in the sun for her! The Jersey girl was seen at parties with her girlfriends, and looked like she was having a boat load of fun!

Waters was also seen endorsing a swimsuit line! What a way to join the Instagram promotion club! Waters is in work-hard-play-hard mode now, and was seen at clubs reunited with her girlfriends, at The Devils Games, and even dressed up like sumo wrestlers. She was also seen out with Rachel Lindsay, whom she grew close to during The Bachelor.

What is Alexis Waters’ Net Worth?

Alexis Waters will be seen in the next season of Bachelor in Paradise and we can only imagine how much she makes to support her outings! Though her salary and net worth are not currently known, her Instagram posts don’t hide her lavish lifestyle. She knows how to make money and, best of all, she knows how to spend it! She is a quickly becoming a celebrity who sees the comic side of things and we are more than excited to see her back on our screens!