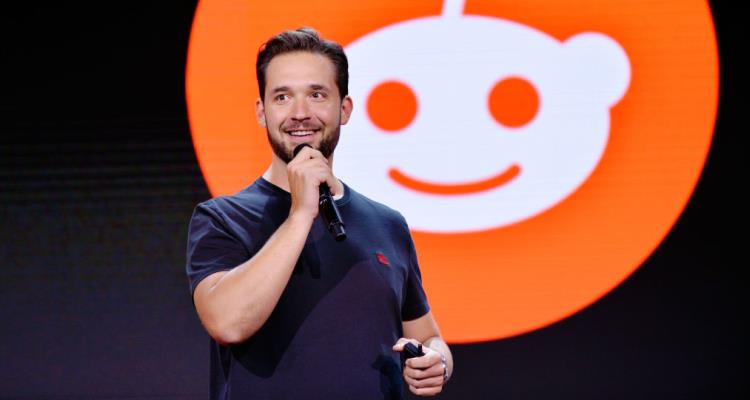 How rich is Alexis Ohanian? Now that Aleixis Ohanian’s fiancée Serena Williams gave birth to their first child, fans of the power couple want to know how much the new parents are making. Diapers aren’t cheap and neither is tuition! Don’t go anywhere if you want a breakdown of Alexis Ohanian‘s net worth of $10.0 million.

Who is Alexis Ohanian?

Aside from being the fiancé of a world renowned tennis star, he’s the co-founder of Reddit, which is considered to be the fourth most popular website in the U.S. and 13th in the world. He was born on April 24, 1983, in Brooklyn, New York, to Chris and Anke Ohanian. His father was a refugee and is Armenian-American and his mother is German-American and worked as an au pair. Alexis went to Howard High School in Ellicott City, Maryland before he enrolled at the University of Virginia. In 2005, he graduated with degrees in commerce and history and later co-founded the popular social news website, Reddit with Steve Huffman.

Alexis Ohanian’s Reddit has earned him a net worth estimated at $10.0 million and in 2017 it was purchased for $20.0 million by media giant, Conde Nast. Aside from Reddit, Ohanian also co-founded Initialized Capital in 2010 and had a hand in investments with startups like Instacart, Zenefits, Opendoor, and Cruise. While his net worth is nowhere near as high as his future wife’s, Ohanian isn’t exactly living on the streets and he has no problem being able to provide for his family. He’s always been on a mission to make the world a better place and as a newly proud father, we can expect that feeling to grow. He’s not just intelligent but creative as well, having designed all the company mascots, like the popular Reddit alien, Snoo, Breadpig’s pig with wings, Hipmunk’s chipmunk Chip, and the Initialized Capital honey badger.

While the pair are on their way down the aisle in the near future, they almost never dated, according to Vanity Fair. In 2015, they had a chance meeting Rome when they were sitting at nearby tables at the Hotel Cavalieri Hilton. Williams tried to get rid of Ohanian by telling him there was a rat at the table. When he didn’t leave, she asked him to join her. Ohanian had just got out of a five-year relationship with microbiologist and college sweetheart, Sabriya Stukes. Williams had been previously linked to rappers Common and Drake. Williams had never heard of Reddit before and Ohanian had never seen her play, so naturally, he got into the habit and has since supported her in the stands. He proposed to her in December in Rome and announced the news on Instagram, using Snoo cartoons.

On newsstands now. Look for the @Vanityfair with my beautiful fiancée & baby on the cover.

On Friday, September 1, 2017, Williams gave birth to a daughter, Alexis Olympia Ohanian Jr. at St. Mary’s Medical Center in West Palm Beach, Florida. Their little bundle of joy weighed in at 6 lbs., 13 oz. and she was named after her father. It’s the perfect unisex name but might be can see it being a little confusing around the house!

In an Instagram message, Alexis Sr. wrote: “Welcome, Alexis Olympia Ohanian, Jr., we’re so happy to meet you. We made you a video of our adventure together so far (see bio). Our little girl is already mama’s perfect sidekick!”

While on vacation for her fiancé’s birthday, Williams wrote a special note to her baby, who’s sex was a mystery at the time.

“My Dearest Baby,” she wrote. “You gave me the strength I didn’t know I had. You taught me the true meaning of serenity and peace. I can’t wait to meet you. I can’t wait for you to join the players box next year. But most importantly, I am so happy to share being number one in the world with you…. once again today. On @alexisohanian bday. from the world’s oldest number one to the world’s youngest number one. -Your Mommy [sic]”

Welcome, Alexis Olympia Ohanian, Jr., we're so happy to meet you. We made you a video of our adventure together so far (see bio). Our little girl is already mama's perfect sidekick.