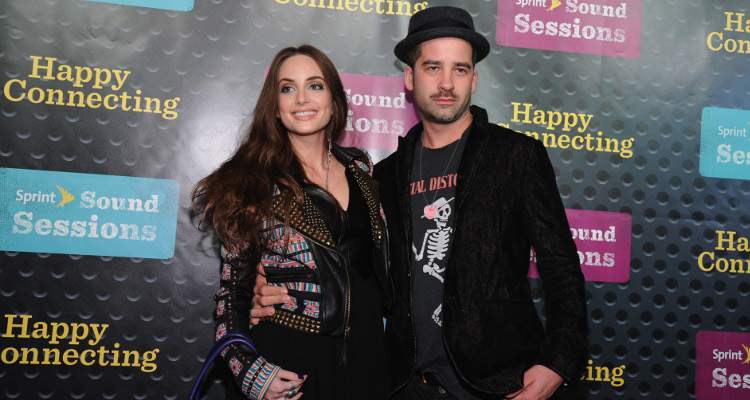 Alexa Ray Joel kicked off 2018 with a new accessory—a blinding rock on her ring finger, courtesy of her longtime boyfriend! That’s right, Alexa Ray Joel is engaged! Ryan Gleason certainly knows how to impress; we can’t take our eyes off the massive sparkler he proposed with! So, who is Alexa Ray Joel’s fiance? Find out about him in our Ryan Gleason wiki.

There’s very little information on Ryan Gleason outside of how much Alexa gushes about him. It was revealed that he is a restaurateur based in New York. One of his businesses includes Drexler’s in New York City, a rustic chic bar with a piano lounge.

He’s also one of the partners that owns the NYC gastropub, Boulton and Watt named after, Matthew Boulton & James Watt, pioneers of the Industrial Revolution. The pub’s aesthetic draws from the classic industrial setting.

Though he may own snazzy hangouts in the Big Apple, this couple is all about spending time together. His Instagram displays their dates to celebrity events and vacations to some scenic locations.

And they are also quite comfortable chilling at home as long as Alexa, a known jewelry-lover, has her earrings. “My boyfriend [Ryan Gleason] makes fun of me because we’ll just be watching a movie at home and I’ll need to add earrings.”

Thank you #bronxbrewery for all of the hospitality you showed @boultonandwatt ! We had a great time!

She Used to Date Musicians

Considering he’s a permanent fixture by Alexa’s side, there’s not much known about her boyfriend. But we do know she has dated fellow musicians in the past. After a bitter breakup from musician, Jimmy Riot, she was hospitalized for taking excessive homeopathic medication. Though it wasn’t life-threatening, she reportedly got worried about breathing.

Before her hospitalization, she had expressed her frustration over men and dating on social media. She later assured fans that she wasn’t trying to kill herself but took the medication to calm herself down. She claimed she had a panic attack and was not thinking clearly.

She also reportedly briefly dated Cass Dillion who wrote “Christmas in Fallujah” for Billy Joel. After the end of her previous relationships, Alexa has apparently changed her style. Since they began dating, Gleason has been a constant presence by her side.

Memorial Day weekend at Surf Lodge, with @alexarayjoel Thanks for the photo @sailorbrinkleycook !

He Got Mom’s Approval

When your father is a legendary musician and your mother is one of the hottest women on earth, it no shock her boyfriend would be held to high standards. Alexa has long stepped out of her parents’ shadow, but it doesn’t stop us from wondering; what do her parents think of her man?

While Billy Joel hasn’t opened up about his daughter’s relationship, Christie Brinkley couldn’t resist gushing about her future son-in-law. Not long ago, Brinkley gave Gleason her stamp of approval.

“I totally approve. Nicest guy, real sweetheart,” she admitted. “He just gets her, and I see him sort of looking at her in that special way. It’s sweet,” she added. Having a supermodel adore you: Gleason can strike that out of his bucket list!

He Proposed on a Vacation

Brinkley and Joel are probably ecstatic that Gleason put a ring on it. The happy couple of five years shared their special moment on Instagram, just days after Alexa celebrated her birthday on December 29. They were spending time together at a beach getaway where they celebrated her 32nd birthday.

“He said to me: ‘Before I met you, my world was in black and white. You colored it in between the lines.’ It was the most beautiful thing anybody’s ever said to me. How could I possibly say no to that?!?!” she wrote in a post.

…So I was completely taken off-guard, dumbstruck, and shell-shocked- and FOR ONCE in my life, I had absolutely no words, and I couldn’t speak… I just kept staring at this ridiculously exquisite ring- and he was just hysterically laughing at me!!! ???

“So I was completely taken off-guard, dumbstruck, and shell-shocked- and FOR ONCE in my life, I had absolutely no words, and I couldn’t speak… I just kept staring at this ridiculously exquisite ring- and he was just hysterically laughing at me!!!” she wrote in another.

They also shared a picture of the eye-popping ring Gleason gave her. Alexa’s fiance called himself the “Luckiest guy in the world!!!!”

Luckiest guy in the world!!!!