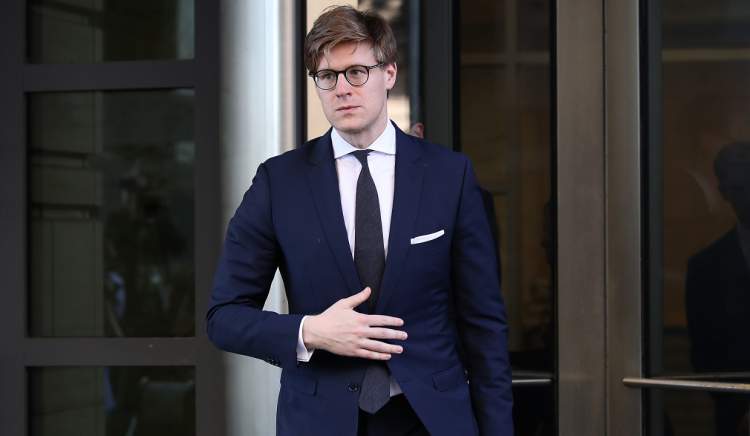 Alex van der Zwaan was born in September 1984, which makes his age 33. The Dutch attorney currently lives in London, England. In 2006, he graduated from King’s College in London in 2006. The next year, he finished a legal practice course at BPP Law School.

He Is the Son-in-Law of German Khan

German Khan is a Ukrainian-Russian billionaire businessman with a net worth of approximately $10.0 billion. In 1996, he became the president of Alfa Eco and suggested that the company focus more on the oil trade and export.

Along with Mikhail Fridman, Khan started LetterOne to invest the “proceeds of the proceeds from the TNK-BP sale in international projects.” Additionally, he donated various funds to non-profits organizations including the European Jewish Fund. Khan also co-started and supports the Genesis Philanthropy Group.

He and his wife Angelika have four kids together: Jakob, Eleanora, Lev, and Eva.

Zwaan was one of the attorneys who worked on Skadden Arps’ 2012 report, per the orders of Ukrainian President Viktor Yanukovych’s government via Paul Manafort. The report defended the conviction and imprisonment of former Prime Minister Yulia Tymoshenko.

In February 2018, Zwaan was charged for providing false information and lying to special counsel Robert Mueller’s investigators, and the FBI, about his communications with lobbyist and political consultant Rick Gates, as well as a Ukrainian-based associate of Manafort.

Court documents allege that Zwaan lied about his work for Ukraine’s Ministry of Justice. He is reportedly the 19th person to be accused and charged by Mueller.

On Tuesday, Zwaan pleaded guilty to giving false statements to investigators. In a Washington federal court, he admitted to lying to prosecutors about a September 2016 conversation with Rick Gates.

Zwaan also admitted to deleting email records. He is set to face a sentence of up to five years in federal prison, and a $250,000 fine. In court, however, he said he anticipates to only serve six months, likely as part of a deal with Mueller. Zwaan’s sentencing is set for April 3.

In a statement released by his former law firm, they revealed that Zwaan was fired last year, and they were cooperating with the investigation.

In June 2017, Zwaan married German Khan’s daughter, Eva at Luton Hoo Hotel just outside of London, in a three-day celebration. The couple met in London, where Eva was studying art history. Their lavish wedding was featured in Russia’s Tatler magazine.

The couple are currently expecting their first child together.