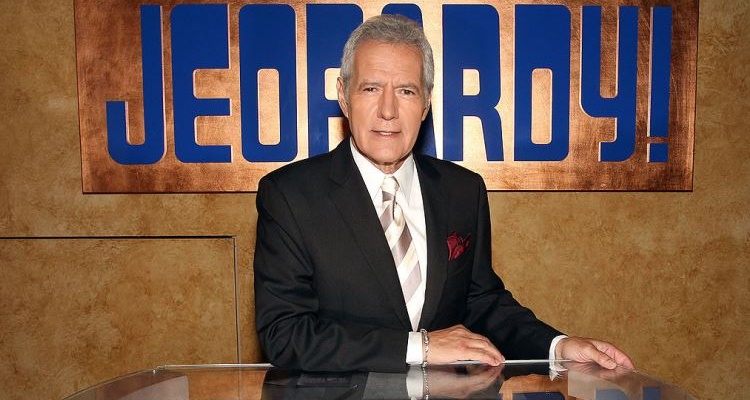 Alex Trebek, Jeopardy! host, revealed a hidden talent on Wednesday night’s episode, after he rapped a line from Drake’s “Jumpman” as one of the questions. Drake has officially made it—he’s now a reference topic on a show like Jeopardy! As a clue for “Musical Acts” for $400, Trebek read, “This Canadian rapped, ‘Jumpman, Jumpman, Jumpman, them boys up to something \ Uh, uh, uh, I think I need some Robitussin.’” Alex Trebek’s rap has made people search “Alex Trebek Drake,” and “Alex Trebek height” to find clips of his rendition and learn more about him. But look no further–here are some fun facts to know about the Jeopardy! host.

Trebek spittin Drizzy is what Canadian dreams are made of pic.twitter.com/Ke504azlc6

He is the Long-Time Host of Jeopardy!

since 1984, which was created by Merv Griffin. The popular gameshow features a quiz contest where general knowledge clues are delivered in the form of answers, and contestants must respond in the form of questions. The material for the questions focuses on topics like history, current events, science, popular culture, literature and more. Trebek’s contract was renewed in March 2015 to take his tenure through the 2017-2018 season. At age 76, this star shows no sign of slowing down!

Alex has presented plenty of #StarWars clues over the years. Based on this pic, what side of the force do you think Alex is on? Use #LightSideTrebek or #DarkSideTrebek. #MayTheFourthBeWithYou

He Grew Up Bilingual

On July 22, 1940, Alex Trebek was born in Sudbury, Ontario, Canada. His father is George Edward Trebek, who emigrated from Ukraine as a child, and his mother is Lucille Lagacé, a Franco-Ontarian. He grew up speaking both French and English at home. After graduating from Lisgar Collegiate Institute in 1957, he attended the University of Ottawa and achieved a degree in philosophy in 1961. Trebek was always interested in broadcast news, and after his college days, he began working for CBC in 1961 as a newscaster and sportscaster. He covered national news and various special events for the network’s radio and television divisions.

He Moved to the United States from Canada

In 1998, Trebek became a citizen of the United States and eventually married Elaine Callei in 1974. However, a few years later they divorced. They have no children together. In 1990, he married a New York real estate project manager named Jean Cullivan. He and his wife have a son and a daughter, Mathew and Emily.

Trebek’s net worth is a whopping $50.0 million and he makes a yearly salary of $10.0 million. He’s been awarded five Outstanding Game Show Host Emmy Awards and even earned his place as a star on the Hollywood Walk of Fame. He is the second game show host to receive the honor, after Monty Hall from Let’s Make a Deal. Howie Mandel was the third to be inducted, for Deal or No Deal. In 2011 he received the Life Time Achievement Award at the Daytime Emmy Awards, and in 2014 he held a Guinness World Record for “most gameshow episodes hosted by the same presenter.”

Alex Trebek has certainly made a name for himself and has a very successful career in entertainment! Since he renewed his spot on Jeopardy!, we can hope to see much more of him!