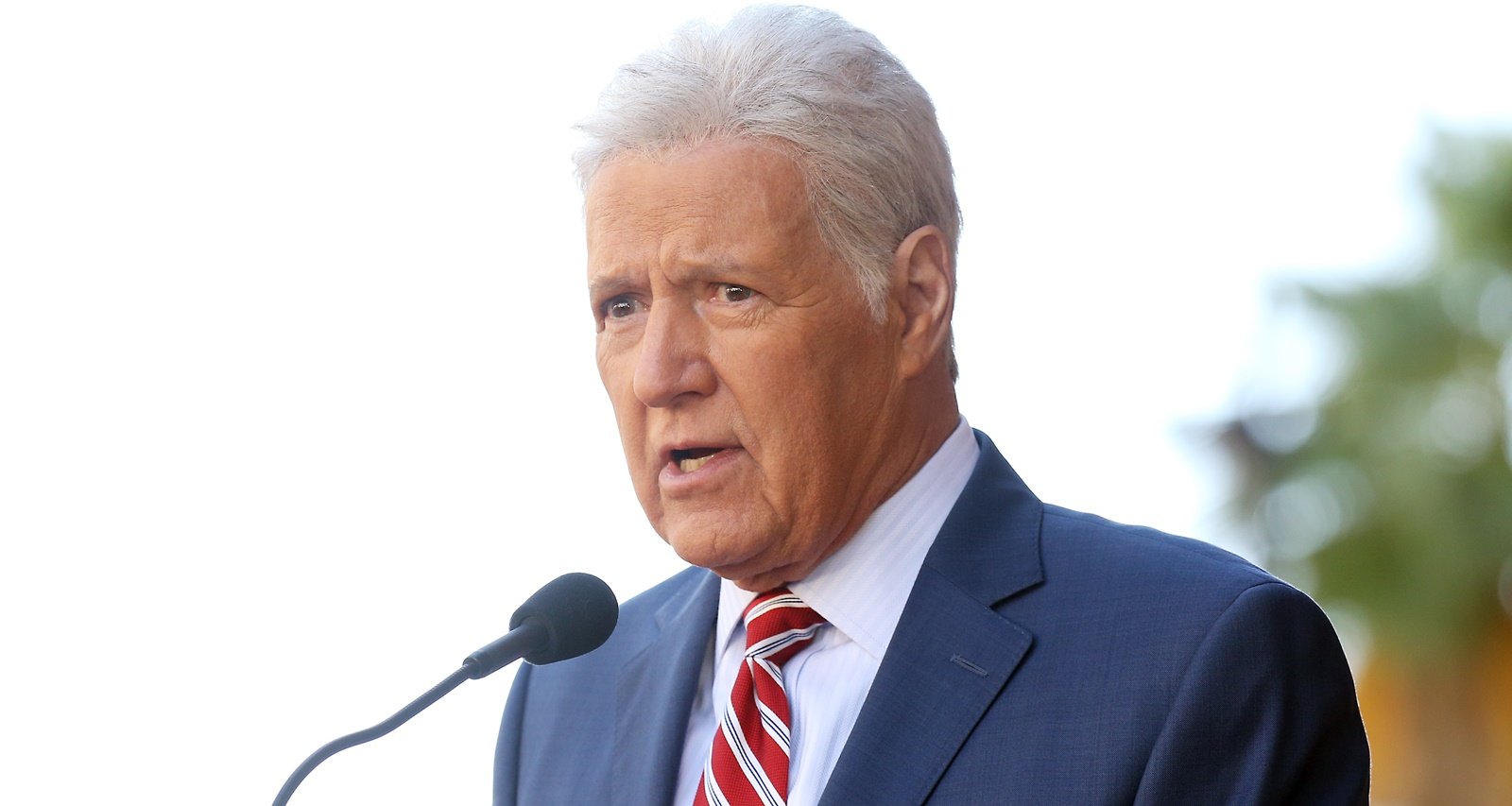 Alex Trebek speaks at the ceremony honoring Harry Friedman with a Star on The Hollywood Walk of Fame held on November 01, 2019 in Hollywood, California. (Photo by Michael Tran/FilmMagic)

Alex Trebek is having a public battle with pancreatic cancer while continuing to host Jeopardy!. Recently, he got choked up when a contestant used his Final Jeopardy response to say “We love you, Alex.” Since he took over hosting duties for the show in 1984, Jeopardy! has been synonymous with Alex Trebek, and we can’t imagine the show without him. But Trebek recently shared that he might leave the show because of his health issues. Is Alex Trebek really leaving Jeopardy!? It might be too soon to bid farewell to this charismatic host.

Alex Trebek Says He Will Continue Hosting amid Cancer Battle

In 2018, Alex Trebek had hinted at ending his Jeopardy! tenure in 2020. However, that same year, he signed a contract extension that would keep him as host of the show until 2022, at the very least.

Fans were happy that Trebek would stay on, until he shared very solemn news in March 2019. In a message to the show’s viewers, he said he had been diagnosed with stage 4 pancreatic cancer.

However, he assured them that he would aggressively fight the cancer and continue hosting the show for as long as he was able to. He also quipped that his recent contract obligated him to continue hosting for three more years.

Trebek Hints at Leaving “Jeopardy!” before His Contract Expires

Trebek provided a positive health update in May 2019, saying that his treatment was going well and he was almost in remission. He credited his improving status to all the well-wishes and prayers of the fans.

He finished a round of chemotherapy in time to resume filming Jeopardy! in August 2019. However, the follow-up immunotherapy was ineffective and he was back on chemotherapy in September.

Though he continues to assure fans that he’s a fighter, he admitted that he might make an early exit from Jeopardy! in an October interview. He said at the time that the cancer treatment was affecting his hosting abilities.

“I talk to the producers about this all the time now. I say, ‘Look, I’m slurring my words. My tongue doesn’t work as much, as well as it used to. The chemo has caused sores inside my mouth. It makes it difficult for me to speak and enunciate properly,’” he explained. “I will keep doing it as long as my skills do not diminish, and they have started to diminish,” Trebek further added.

His contract expires in 2022, and he previously claimed he would try to fulfill his contract. But health complications might force him to leave the show earlier than expected.

While fans would understand if he’s leaving the show to focus on his health, there’s no indication that Trebek or Sony Pictures Television, who produces the show, want Jeopardy! without him.

“If anyone can beat this it’s Alex,” said Mike Hopkins, Sony Pictures TV chairman. “He has our full support as he tackles this challenge head-on.”

Since there’s no official confirmation about Alex Trebek leaving Jeopardy!, we can continue to enjoy the show with the nation’s dad and his little jokes for the near future, while supporting him through his cancer battle.