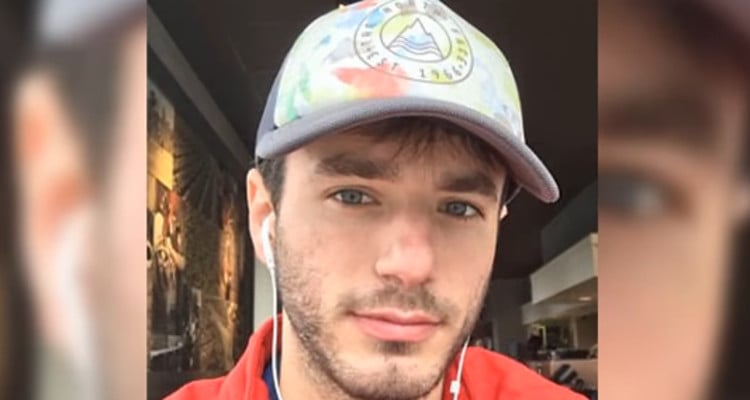 A Boston-based radio host is in the eye of a storm after making disparaging remarks about Tom Brady’s daughter. Brady expressed his anger over the offensive comment, and now social media is buzzing with the story. So, what did Alex Reimer say? Keep reading to find out!

For Patriots star Tom Brady, family always is a priority. Leading up to the Super Bowl, Brady expressed his displeasure over a nasty comment made about his five-year-old daughter by Alex Reimer, a WEEI radio host in Boston.

If you didn’t know who Alex Reimer was, you’ll certainly know now! We have all the details about the infamous radio host, right here in our Alex Reimer wiki.

Who Is Alex Reimer?

Born in Massachusetts and a graduate of Boston University, Alex Reimer’s age is 25. After launching his own Red Sox podcast as a teenager, Reimer knew sports journalism was what he wanted to do all his life.

While in college, Reimer pursued his love for sports journalism by studying both broadcast journalism and sports broadcasting.

Reimer and Buck are live from the International Auto Show. Come on down and check out the newest imported and domestic vehicles!

Reimer has worked for Forbes, The Boston Herald, and Boston Magazine. He has also worked with Boston radio personality, Glenn Ordway and co-hosted Big Show Unfiltered with him on SiriusXM.

Alex Reimer is now a radio host at Boston-based sports radio station, WEEI. Reimer, who is openly gay, is also an advocate for strong LGBT representation in sports and media.

His Love of Debate

A child prodigy in the world of sports journalism, Alex Reimer appeared on The Today Show and The Tonight Show with Jay Leno when he was only 12 years old!

Even at the age of 12, Reimer was no stranger to controversy. While on The Tonight Show with Jay Leno, he joked about a fellow guest’s weight and implied that using steroids made good business sense in baseball.

In an interview with Boston Spirit magazine, Reimer talked about having strong opinions and said, “I do journalism, but my goal was always to entertain people. I wanted to be in the middle of the debate. I’ve always liked my voice being out there and my opinion being heard.”

Proud to be featured this month in @bostonspirit’s “local heroes” section. If only they knew I lived in a basement. pic.twitter.com/ZFYsClhtaJ

Alex Reimer’s Twitter is exactly where the radio host shares his opinions for the world to read. From writing about the Patriots to political debate to the controversial topics he like to stir up, it’s all there!

What Did Alex Reimer Say?

Alex Reimer’s great run in sports journalism came to a screeching halt on Monday after being suspended from WEEI for insulting Tom Brady’s daughter!

On Monday, Tom Brady angrily cut short his regular interview with WEEI and said, “Well, I think that – I’ve tried to come on this show for many years and showed you guys a lot of respect.”

“I’ve always tried and come on and do a good job for you guys. It’s very disappointing when you hear that, certainly with my daughter or any child. They certainly don’t deserve that,” Brady continued while adding that he would evaluate if he wanted to continue doing the show.

Statement from WEEI and Entercom

The statement read, “We are disappointed and embarrassed by Alex Reimer’s on-air comments made last Thursday evening. His remarks were utterly indefensible, and mean-spirited commentary directed in any way at children is wholly inappropriate. Mr. Reimer remains suspended indefinitely from all WEEI platforms.”

It went on to say, “We deeply regret what happened and offer our sincerest apologies to Tom Brady, his daughter, and his family, as well as the New England Patriots organization. Mr. Brady has been a long-time contributor to WEEI throughout his Patriots career, and he has treated us with the utmost professionalism and respect throughout the partnership.”

The drama further unraveled Monday night after Brady said he did not wish to see Alex Reimer fired from his job at WEEI.

Tom Brady said ,“We all have careers, and we all make mistakes. I’d hate for someone to have to change their life because of something like that. It’s certainly not what he intended.”