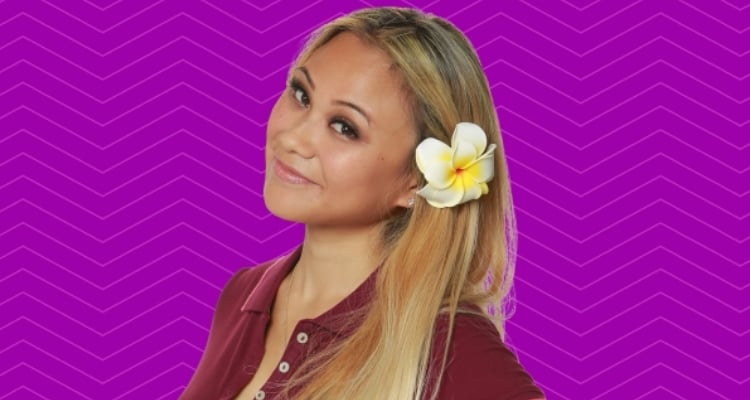 Things are heating up this summer and we aren’t just talking about the weather! One of the season’s hottest shows is back and one person to look out for is Alex Ow. Alex’s Big Brother 19 experience is just starting, but it’s only going to get harder to stay in the house. If you want to learn more about her, then our Alex Ow wiki is for you!

The BB 19 cast is already starting to turn on each other and it’s only been a week! It didn’t take long and now everyone is watching their backs, and their fronts. It is a competition after all, but people always wonder how you get to the top by working together, without being voted out. It’s basically a political game and the winner gets to be president. But who will win this season? Alex Ow is certainly in the running!

Who is Alex Ow?

Alex Ow’s age is 28 years old. She was born as Alexandra Ow and is from Thousand Oaks, California. She currently lives in Camarillo, California and is an eco-friendly customer service and marketing representative. She’s a 2014 graduate of California State University, Channel Islands. Before that, she attended Moorpark College. She also happens to be a football fan of the Philadelphia Eagles. She’s just full of surprises!

For starters, Alex Ow’s Instagram doesn’t exist (or could be well hidden) so good luck finding Alex Ow’s hot pics—if you were looking! However, she does happen to have a LinkedIn and Facebook account if you’re interested in reaching out to her.

Alex may not be on good terms with Cody at the moment, but that’s just fine with her because she’s not looking for a man to hep her save the day and get to the top. In a recent Facebook post, Alex expressed how independent she was during a challenge. The Facebook post read:

“That’s our Alex, strong woman as she stood on that trapeze for 1.25 hours!! “I don’t need a man to get me through this competition. I’m gonna get through on my own.”! But our all time favorite is this meme!! With Alex keeping up her great work and self confidence she will go far and beyond! All we need is your help to keep her up! Please share with friends and family so they can vote and cheer for her. We can help Alex get far in this competition through all of us and her viewers! [sic]”

Alex has also said that she would like someone of Asian descent to win this season and clearly she wants to be that person!

Big Brother 16 alum Paola Shea is being compared to Alex and houseguests were calling Alex “Pao Pao.” Paola took to her Instagram to comment on the issue.

“So the Hollywood Reporter and the media discussed my tweets on why I think Jessica calling Alex, Pao Pao was a little bit racist. I just wanted to voice out my opinion because the media and tabloids can twist things around,” she wrote on Monday, July 3. “I’m not trying to call Jessica racist. I just think that it’s inappropriate for her and the entire house to refer to Alex as me, just because we are both from Asian descent,” she added.

She continued saying, “I know that we have similar personality traits but we are completely different people. That is my view on things, you guys can voice out your own opinion and I will not get offended.”

Big Brother airs on CBS Sundays and Wednesdays at 8:00 p.m. EST, and Thursdays at 9:00 p.m. EST. Be sure to tune in to see who gets booted out next!