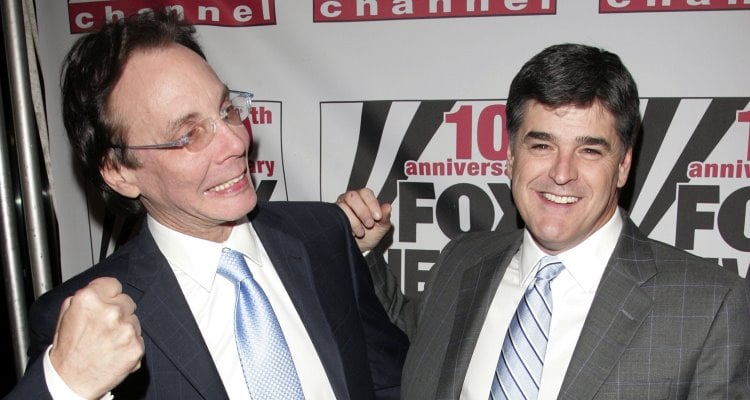 Fox News correspondent, radio and television host, Alan Colmes has died at age 66, after a brief illness. Among many of the questions asked surrounding his untimely death, many are wondering “Who is Alan Colmes married to?” He was survived by his wife, Jocelyn Colmes and we have everything you need to know about her, including information on the passing of her late husband.

Who is Alan Colmes’ Wife?

Alan married his wife, Jocelyn Colmes in 2003 and they were married until he died, unexpectedly. There isn’t much information on her personally, but according to her profile page, she’s a professor in public policy at Rutgers University. Also in her biography, Jocelyn is currently studying the results of “gray divorce” after the age of 50, and she is the author of Mothers Unite! Organizing for Workplace Flexibility and the Transformation of Family Life.

Jocelyn’s Sister Worked with Her Husband

Alan was the brother-in-law of Monica Crowley, another political commentator and former Fox News contributor and Jocelyn’s sister. Before she got married to Alan, her maiden name was Jocelyn Crowley. Monica was also an opinion editor for The Washington Times. Last year, Monica was supposed to join the Trump administration as its senior director of strategic for the National Security Council, but she had to withdraw due to plagiarism incidents throughout her career. Her 2012 book, What the (Bleep) Just Happened? had at least 50 examples of plagiarism throughout the entire book!

Alan passed away today from a “brief illness,” survived by his wife who issued a statement on his death.

“Alan Colmes passed away this morning after a brief illness. He was 66-years-old. He leaves his adoring and devoted wife, Jocelyn Elise Crowley. He was a great guy, brilliant, hysterical, and moral. He was fiercely loyal, and the only thing he loved more than his work was his life with Jocelyn. He will be missed. The family has asked for privacy during this very difficult time.”

Although no one expected him to pass so suddenly, Alan previously addressed his absence on his nationally-syndicated Alan Colmes Show, on January 30.

“As I previously mentioned on the show last year, there would be times I would be taking off from the show to deal with a medical issue. This is why I’ve been out recently and will be out this week as well. But I will be back taking your calls as soon as I can,” he wrote.

Alan, known as a respectful liberal, was remembered for his work and personality on Twitter, when the news broke. Former Fox anchor Megyn Kelly, conservative Ann Coulter and other Fox colleagues, all paid their respects via social media.

Jocelyn and Alan Didn’t Have Any Children

Although they were married for almost 14 years, Jocelyn and Alan didn’t have any children of their own. Jocelyn’s book describes how to find balance with work and kids and she has set out to help with children of divorce. Though having kids wasn’t in the cards for them, Jocelyn always stressed the well-being of kids and having their own space in their parents’ lives, in the midst of divorce.