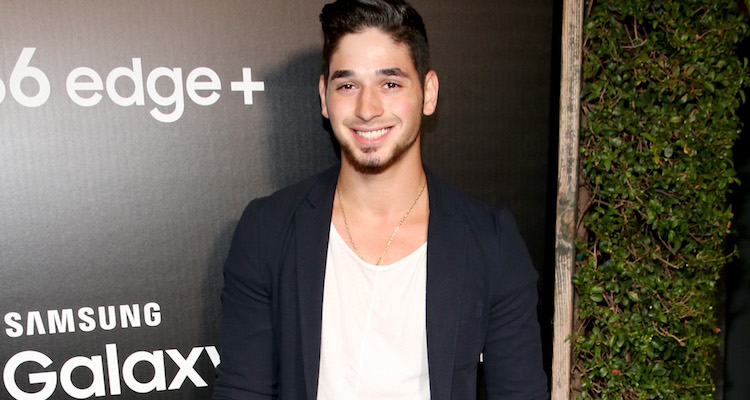 Alan Bersten’s Dancing with the Stars comeback is finally here and fans can’t wait to see what he and ’80s singer Debbie Gibson are made of. With the DWTS cast finally revealed, fans of the hit ballroom show want to know more about the contestants. For more details, here’s our Alan Bersten wiki.

Alan Bersten was born on May 26, 1994 in Minnetonka, Minnesota and is of Russian descent. He attended the University of Minnesota when he was just a senior in high school, through a program called P.S.E.O. (Post Secondary Enrollment Option). On top of being a professional dancer, he’s  traveled the world, loves Seinfeld, calls his mother frequently, and is very superstitious. Alan Bersten’s net worth hasn’t been made public.

If you’re looking for a direct way to contact the 23-year-old dancer or get a sneak peek into DWTS, then Instagram is the place to start. From personal pics to not-so-shameless shots of his abs, fans will get a chance to see the everyday life of the young dancer.

With a physique like his, the topic of Alan Bersten’s girlfriend is bound to come up. He’s not married and doesn’t appear to be dating anyone at the moment. With his busy schedule on the show, it can be hard to find time to date. Is Alan Bersten gay? Many have asked but there’s no clear answer. He rarely talks about his relationships and there’s nothing confirmed on his Instagram page.

He Was Fired by Heather Morris!

Alan Bersten’s DWTS career was short lived last season, since he was only filling in until Maksim Chmerkovskiy healed from his injury. The Glee alum jokingly fired Bersten but he knew it was always temporary.

“I mean, obviously I knew in advance he was coming back. To me it wasn’t a shock, but I was sad, you know? It’s sad, we spent four weeks together, half the season’s gone, like, time flew by! I don’t even know what day it is.”

We have a team name for @dancingabc … #TeamSonBerst! ? Son from Gibson + Berst from Bersten = SonBerst! #dwts Thanks to @euphorian54 for creating this graphic!

He Comes from a Family of Dancers

Bersten has an older sister (Melani Bersten) and an older brother (Gene Bersten) and they are both dancers as well. According to their Instagram accounts, Gene is a ballroom dancer and has a wife and three kids; Melani is a professional Latin dancer and cannabis pharmacist. According to Us Weekly, Alan used to love wearing his brother’s hand-me-downs and only auditioned for So You Think You Can Dance, because his brother did. And not surprisingly, Alan’s siblings also used to pick on him. But don’t worry, they’re still close.

Gibson, 47, believes age is nothing but a number but fears that her Lyme disease will affect her stamina. Despite her limitations, she considers Bersten her secret weapon and believes she can win the Mirrorball Trophy.

“I am just so happy to have this opportunity,” she added. “I’m going to give it everything that I’ve got. However long it lasts, I’ll be grateful for it!”