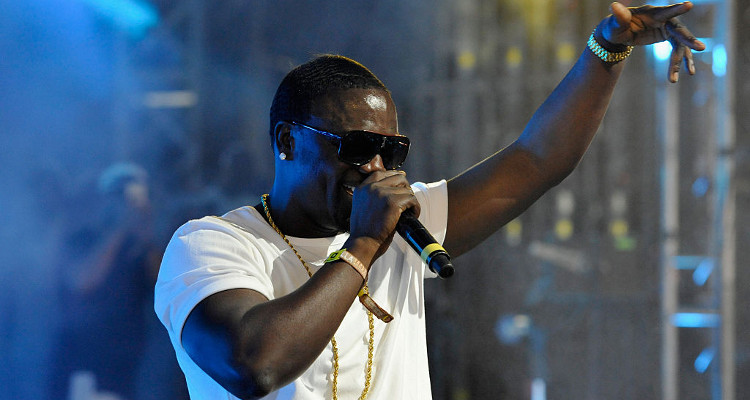 Akon has released fantastic songs to his millions of fans over the years. He is also a top notch music producer, who has worked with all the big stars. With a healthy net worth of $80.0 million and a new album ready to be released, Akon definitely has a lot to look forward to.

Akon has released a clutch of albums, singles, and collaborative efforts with many artists to become one of the most well known musicians in the western world. In fact, Akon is currently credited with over 300 guest appearances and more than 35 Billboard Hot 100 songs. He was listed in the Guinness Book of World Records as the #1 selling artist in the world for mastertones. Akon’s birthday is on April 16, and to celebrate, we will take a look at Akon’s net worth and career with some details from Akon’s wiki!

Where is Akon From?

Remember that u still a rider, still a survivor… a soul survivor!! (& that's all I've ever been known to be, won't stop under them city lights and u know I got that thing on me) ????????

Akon was born on April 16, 1973, in St. Louis, Missouri, which makes his age almost 34. His mother, Kine Thiam was a dancer and his father, Mor Thiam was a jazz percussionist, so growing up, Akon learned to play several different instruments, including the drums, guitar, and the djembe. He spent much of his childhood in Senegal before moving to Newark, New Jersey, where he dedicated his time to music. Akon’s real name is Aliaume Damara Badala Akon Thiam, but he prefers to be known as simply Akon. After spending one semester at Clark Atlanta University in Atlanta, Georgia, he decided to drop out and record his own music.

From there, he became friends with Wyclef Jean and has released several albums and numerous singles along with setting up his own music label. Akon’s albums include Trouble, Konvicted, and Freedom, with his latest album being released released on an app called Stadium, which will allow fans to stream music. Akon’s singles like “Lonely,” “Smack That,” “I Wanna Love You,” “Don’t Matter,” “Sorry, Blame it on Me,” and “Right Now (Na Na Na),” have reached certified platinum status and made it to the top of charts.

A Joy to Work With

Akon has collaborated with artists such as Michael Jackson, Eminem, Snoop Dogg, Whitney Houston, Gwen Stefani, and Lady Gaga. He produced songs for Kardinal Offishall, Leona Lewis, New Kids on the Block and T-Pain and has sung in other languages like Tamil, Hindi, and Spanish. Working with other artists seems to bring out the best in Akon, and his talent and expertise have been recognized by his collaborators. It’s not surprising that he has received five Grammy nominations for his work, so far. Akon’s net worth is about $80.0 million and is sure to increase with the release of his latest app.

Owner of a Fabulous House

Akon’s wife is said to be Tomeka Thiam, who is reportedly one of the mothers of his six children. Taking care of his family is not a problem for Akon, thanks to his immense wealth. In 2008, Akon bought a house for nearly $1.65 million on a 4.6-acre site, with six bedrooms, 11 bathrooms, and a huge nine car garage. His house also has a piano room and a recording studio where Akon spends a lot of his time working.

Akon owns a conflict free diamond mine in South Africa and a charity for disadvantaged children in Africa called the Konfidence Foundation. Akon’s success is not something he takes for granted. His passion for music gave him direction in his life, and he is now paying it forward!