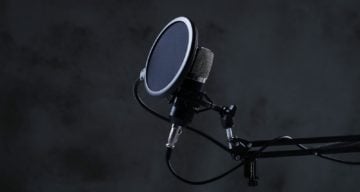 Akilah Hughes has been part of the What A Day podcast with journalist Gideon Resnick since it began in 2019. Their dynamic also won WAD a Webby Award this year. So when Hughes announced she is leaving the show, her followers and listeners were naturally surprised. Fans had a lot of questions about the comedian’s departure from WAD. Why is she leaving, where is she going, and what happens to the podcast after she leaves? Here’s what Akilah Hughes had to say about leaving What A Day.

Akilah Hughes Leaves What A Day

Multi-faceted comedian Akilah Hughes collaborated with political journalist Gideon Resnick for one of her most successful projects, What A Day. The podcast produced by Crooked Media gathered the latest headline-making occurrences and presented them in a funny and entertaining format.

In 2021, WAD won a Webby Award as the People’s Voice Winner for Best News & Politics Podcast. For Hughes, it was another feather in the cap after the success of her YouTube channel, Akilah Obviously, and other projects.

But diving headfirst into some of the grittiest and disheartening news events took its toll. That’s why Hughes announced on the July 16 episode and in social media posts that she is leaving What A Day.

On that day’s podcast and in social media posts, Hughes revealed that the job and being exposed to all of the negative occurrences of the past year affected her mental health. The podcast’s staff is a very small crew and most of the research and writing fell on the two cohosts.

Hughes is understandably worn out and needs a break to focus on herself. So she decided to step back from WAD to take care of her mental health. As for many media personalities in the past year, the pandemic also played a role in this decision.

Hughes’ last episode on WAD is July 30, a must-listen for her fans whose support she is extremely grateful for.

While Resnick will remain on the show, his new cohost hasn’t been announced. Hughes did, however, hint at changes coming with a new revamping of the podcast.