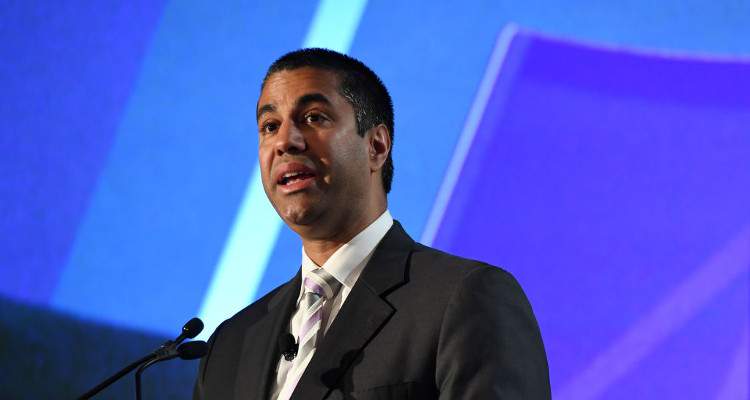 Ajit Pai is an attorney and chairman of the Federal Communications Commission. He was appointed to the commission by former President Barack Obama, but was retained and designated to his current position by Donald Trump. The aggressive attorney worked closely with the U.S. government and has had roles in the Department of Justice, as well as the United States Senate. Recently, Pai passed a draft that may endanger the concept of net neutrality in the country. Find out more in our Ajit Pai wiki.

As one of the very few attorneys who spearheaded to the top of the U.S. government, Ajit Pai’s wiki shows that he worked as Deputy Chief Counsel to the United States Senate Judiciary Committee’s Subcommittee on Administrative Oversight and the Courts. He also worked in the office of the FCC’s General Counsel before being appointed as chairman to the commission. He was designated to his current post by President Donald Trump in January 2017 for a five-year term. After assuming office, Pai has done a great deal of good work. However, he recently passed an order that was criticized by many, as it can potentially destroy the open Internet. On November 21, 2017, he rolled out an official plan that aims to repeal net neutrality. It is believed that new FCC plan will give more power to service providers like Verizon, AT&T, and Comcast. This could also mean that decisions regarding Internet speed and contents completely falling under these companies. Ajit Pai’s net neutrality plan has seen opposition from people like House of Representatives Democrat Nancy Pelosi. The fate of the FCC’s plan will be decided in a meeting on December 14, with a proposed public draft of changes being released three weeks prior.

Pai made many other policy decisions during his tenure. Many feel that his net neutrality plan restricts the Internet’s first amendment, and giving more power to service providers hinders people’s rights. In the past, he spoke strongly on several other issues. In 2015, he stood against the high cost of inmate telephone calls and proposed better rulemaking in that regard. He also called for an investigation into possible fraud among members of the Lifeline program and was accused of modifying rules to benefit Sinclair Broadcasting Group.

Ajit Varadraj Pai was born to Indian immigrants on January 10, 1973, in Buffalo, New York. He spent most of his childhood in rural Parsons, Kansas where his parents worked as doctors. He was always a bright and student studied at Harvard University, where he obtained a B.A. He then went on to secure a Juris Doctor from the University of Chicago in 1997. After graduating, Pai clerked under Martin Leach-Cross Feldman of the United States District Court for the Eastern District of Louisiana. Through the years that followed, he steadily moved up the ladder to secure various prestigious positions with the U.S. government and its affiliated authorities. He married Janine Van Lancker, an allergist. Ajit Pai’s wife claims that she was immediately attracted to him, and fell for him quite instantly. They tied the knot on July 10, 2010, and have two children: Alexander Madhav Pai, and Annabelle Malathi Pai. Like their father, Ajit Pai’s kids are also known to be strong-minded and prudent.