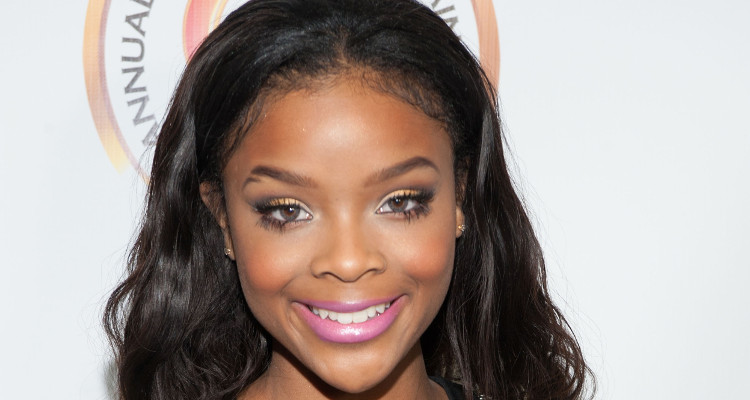 Ajiona Alexus has proved that she is a terrific actress through her performances in the shows Empire and 13 Reasons Why —and she can sing! With a background in theater and supportive parents behind her, it looks like Alexus is here to stay!

Netflix’s 13 Reasons Why has kicked up quite a storm. It deals with subjects that are dark, but very relevant to teenagers today. 13 Reasons Why takes a deep look at teenage life instead of reducing it to clichés. It is based on the best-selling book by Jay Asher, who wrote it after a relative attempted to commit suicide. The young cast did a fantastic job, and one of them is Ajiona Alexus, who plays Sheri Holland in 13 Reasons Why. People are curious about Ajiona Alexus from 13 Reasons Why, so we have some details about her, right here in our Ajiona Alexus wiki.

Ajiona Alexus was born on March 16, 1996 in Tuskegee, Alabama, making her age 21. In 1999, Alexus’ family moved to Birmingham, Alabama. She developed a love for acting at an early age and started performing in plays, getting her first monologue when she was just eight years old. Alexus’ parents recognized her talent and sent her to dancing and acting classes. When she was in the seventh grade, Alexus was accepted into the Theater Department of the Alabama School of Fine Arts, where she received praise for her acting in the stage production of A Raisin in the Sun.

Forget what you feel & remember what you deserve.

Soon after that, Alexus started auditioning for roles in TV and films. She was just 14 years old when she bagged a role in the low-budget film, Unspoken Words. Alexus then landed the part of DeAnna on the TV sitcom, The Rickey Smiley Show. This kick started her career in TV as she later went on to appear in shows like Grey’s Anatomy, Code Black, and Empire. She was noticed for playing a teenage Cookie Lyon in Empire, giving her an opportunity to breakthrough in 13 Reasons Why. Ajion Alexus plays Sheri Holland, a cheerleader who gives Hannah Baker (Katherine Holland) a ride home after a party and knocks a stop sign down with her car. Sheri refuses to call the cops and instead flees the scene, abandoning Hannah. The accident caused a chain reaction that could have been prevented. Thus, Sheri becomes one of the reasons why Hannah commits suicide.

Alexus appeared in films like My First Love (2015) and Something Like Summer (2017). Not many know this, but Alexus is an accomplished singer, as well! She opened for artists like Diggy Simmons, OMG Girlz, TK N Cash, and IYAZ, and released a mixtape called Radio Ready in 2012. Her debut single, “Dream Big” was released in 2013, and she is now working on her debut EP. There is no information on Ajion Alexus’ net worth at this time, but it promises to grow given the terrific reviews she’s already received for her performances in 13 Reasons Why and Empire. To keep track of this rising star, check out Ajion Alexus’ Instagram account for hot pics, motivating quotes, and a look at some of her cast members.