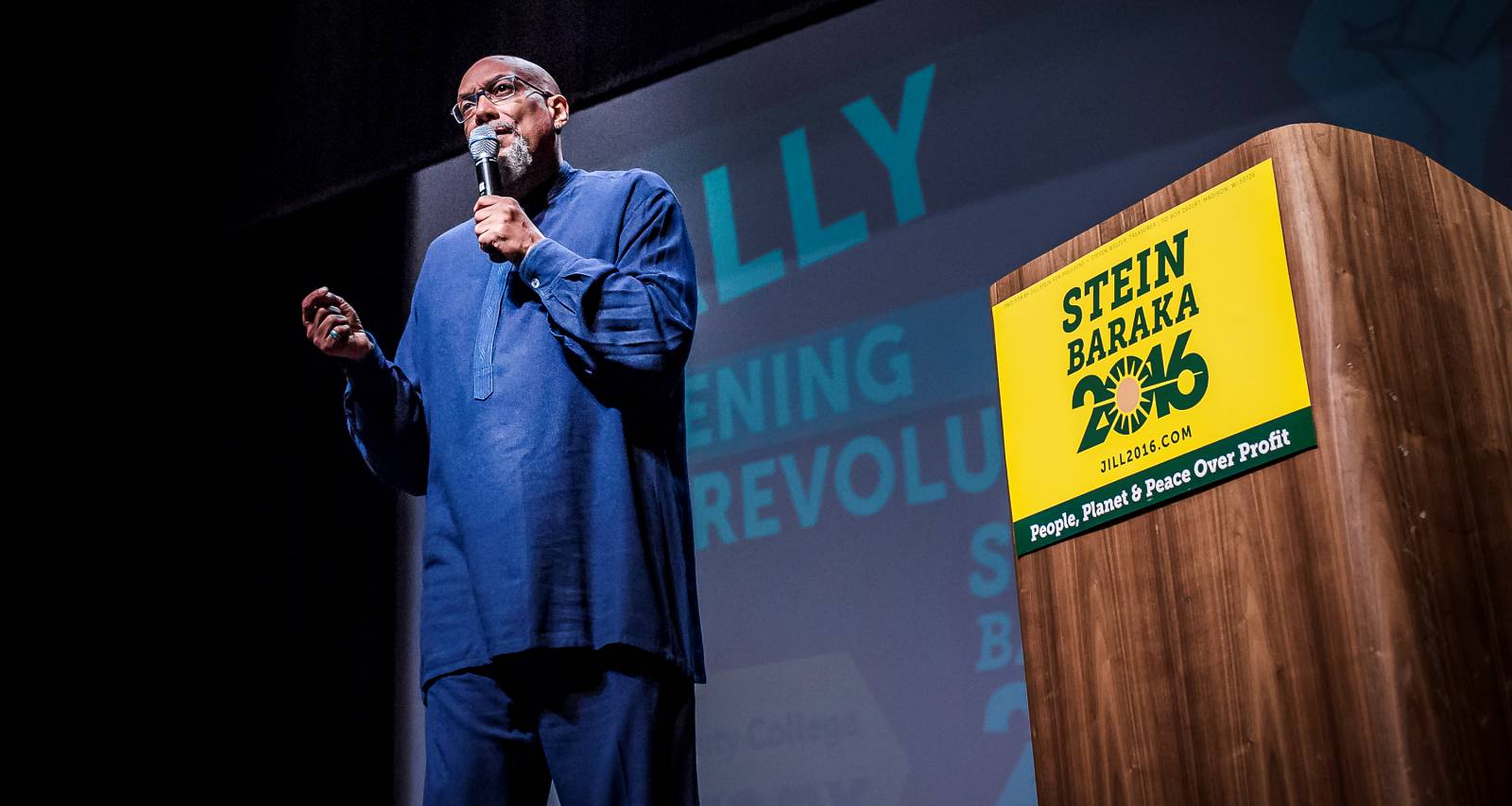 Ajamu Baraka is an American human rights activist and also the Green Party’s candidate for Vice President of the United States in the 2016 election. Some people might be surprised to know that there is a party known as the Green Party in the United States, and they are fielding candidates in the 2016 election. However, Ajamu Baraka himself is very well known in his field as he has been championing progressive values in America for many years. Now that he has thrown his hat in the political ring, people are curious to know about him and his party. They also want to know Ajamu Baraka’s net worth, but there is no information available on this at this time.

The Green Party of the U.S. is a green and progressive political party that promotes environmentalism, non-violence, social justice, grassroots democracy, anti-racism, gender equality and LGBT Rights. The party’s position itself is left-wing and in 2016 described itself as an “eco-socialist” party. The Green Party was formed in 2001 and since then, it has slowly but steadily increased it’s membership and influence over the political landscape of America.

Baraka was born and raised in the South Side of Chicago. He served in the U.S. Military for a while and then moved to the Southern United States. There he got involved in anti-apartheid activism. Baraka studied at the Clark Atlanta University and then became a member of the Amnesty International organization. He later became a board member of the organization.

Baraka has dedicated his life to removing what he perceives as injustice in this world. Baraka served as the founding executive director of the U.S. Human Rights Network from 2004 to 2011. Currently Baraka is an associate fellow at the Institute of Policy Studies in Washington DC. Over the years, Baraka has served on the boards of several human rights organizations, like the Center for Constitutional Rights and Africa Action. Baraka has fought against racism in America whenever and wherever he felt that black people were being discriminated against.

Baraka is a very good writer and over the years his writing has appeared in various publications, such as the Black Agenda Report, Common Dreams, Dissident Voice and CounterPunch. Baraka has taken a controversial stand on many issues that affect America internally. Specifically, he has criticized the handling of flood victims after Hurricane Katrina and Hurricane Rita, saying the victims were overwhelmingly black and the government’s response was not good enough. Baraka is in favor of abolishing prisons, ending the war on drugs, and he is in favor of free trade.

With so many controversial beliefs, it is no surprise that Baraka scares the daylights out of the average American. Baraka’s views on America’s foreign policy have also raised many eyebrows in mainstream America. Baraka is opposed to Israel’s views, saying that it has illegally occupied Palestinian territories. He has also condemned the foreign policy of America with respect to Iraq and Syria. He says that the intervention has made the situation worse.

On August 1, 2016, Green Party presidential nominee, Jill Stein announced that Baraka would be her running mate. In his acceptance speech, Baraka said that he would work towards fulfilling the needs and aspirations of the working people in America. To be honest, the Green Party has little chance of winning the election, but it would be a big mistake to write them off. Let’s not forget that in the 2000 election, the Green Party won 2.7% of the popular vote and skewed the election results in general. They might do it again this time around! Baraka’s nomination for Vice President of the U.S. election only proves the strength of American democracy, and proves that a man with extreme and unpopular opinions can still have a shot at gaining a seat in the highest office in the land.