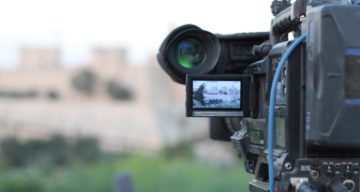 A.J. Waterman has brought all the latest weather updates to Milwaukee for the last three years. But now, he’s moving to the next step of his career. Rumors have been swirling that A.J. Waterman is leaving Fox6 in Milwaukee. WITI-TV viewers not only want to know if the rumors are true, but they also want to know where A.J. Waterman is going if he is indeed leaving. Some speculate if the meteorologist is leaving Wisconsin, too. The weatherman and his colleagues have since confirmed the news.

Besides his internships at Boston and Maine stations, he was a meteorologist on LSC-TV News 7 in Vermont. After college, he returned to Maine to cover the weather at Portland’s WMTW-TV.

Waterman arrived in Wisconsin for the first time in 2016. He was the weather anchor at Madison’s NBC affiliate WMTV for two years before returning to Massachusetts.

After a year at Boston’s WHDH-TV, Waterman was back in Wisconsin in 2019. But this time, as a part of Milwaukee’s Fox6 weather team.

Many who followed him back from his Madison days welcomed him back into the local community. Waterman was not just the weather anchor but also a favorite personality in Milwaukee.

So when rumors began swirling that Waterman is leaving Fox6 News, they wanted confirmation. And it came straight from Waterman himself. He announced his departure from WITI on his official social media pages on July 22 and the nightly newscast that day. His colleagues at Fox6 also confirmed the news through farewell wishes.

Many missed the news that A.J. Waterman’s last day on the air was July 22 because the committed meteorologist is still sending out timely weather updates to locals on his social media. Southeast Wisconsin is under a severe weather warning, with the National Weather Service issuing a tornado warning for Dodge County on July 23. Meanwhile, Milwaukee and other parts are under flash flood warnings.

While Waterman is still covering the severe thunderstorm warnings, he has officially signed off from Fox6 News. He initially hinted at a new job but will reveal details after the weather clears.

He didn’t state if he is leaving Wisconsin. However, fellow Fox6 meteorologist Eric Manges revealed that Waterman is heading back east.

A.J.’s parents, Dave and Jean Waterman, run their family business in Canton. Meanwhile, his siblings also reside in other parts of Massachusetts. The weather reporter has often gone back to Boston after leaving other jobs.

Neither Waterman nor his colleagues have revealed his next assignment. However, the new job will bring him closer to home. While Wisconsin residents are sad to part with the meteorologist, they are happy that he will now be closer to his family.

So keep your eyes peeled on A.J. Waterman’s social media for details about where he is going and his updates on the current severe weather situation in Wisconsin.