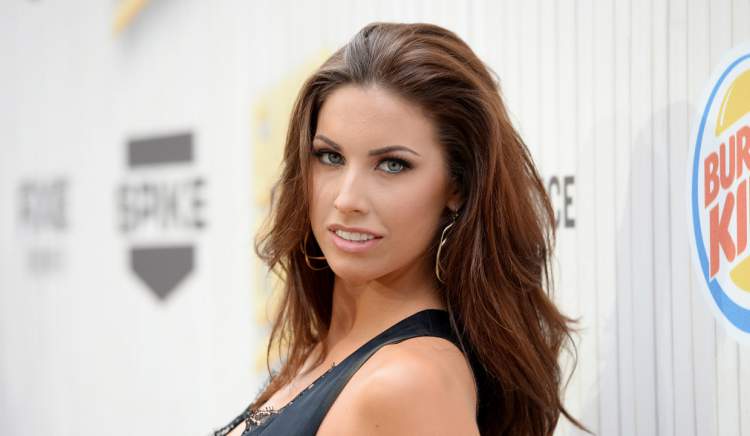 Despite her alluring looks, Katherine Webb studied hard and got herself a good education. She won the Miss Alabama title in 2012 and ventured into modeling, which she continues to do even today. Web married football star AJ McCarron and is the mother of their little boy, Tripp McCarron. It is safe to say that AJ McCarron’s wife, Katherine Webb, has it all!

AJ McCarron is a lucky man because his wife is always right by his side supporting him. For example, like when he recently filed a grievance case against his team, the Cincinnati Bengals, because he wanted to be a free agent.

Katherine Webb wrote a lengthy Instagram message to support her husband’s decision. And she wished him the very best in the future.

One of the biggest lessons we have learned these past 4 yrs is to “Let go, and let God”. Over these years I have seen huge growth personally and athletically from AJ since his time at Alabama. Humbleness, gratefulness and patience most of all. I truly do see this difference and I wished you all could see it the way I have in our home. Becoming a father has opened his eyes most of all to our purpose. To be a better example to our youth and to lead by example, always. AJ likes to not always go with the crowd, and do or say the most popular things. Such as expressing gratitude when we almost were traded to Cleveland. Competitiveness and leadership lives deep down in his soul, so he would have loved nothing more than the opportunity to try and help change an organization around and get them a win, while showing his talent. No matter if it was the Browns or somewhere else. I can’t wait for him to get his chance to show the world his talent and his leadership. He was born for this. Any organization would be lucky to get this man and I truly feel this way. These past 4 years weren’t a waste at all. It was undeniably meant to happen this way so that he could be prepared for the next chapter. Looking forward to what God has planned next!

The good news is that McCarron has won his case. He is now a free agent and can pick any team he wants to play for in the league. Nobody is more thrilled than Webb, as her husband can now have a bigger say in his career and life.

Now, people are curious to know more about her. So, keep reading for details from Katherine Webb’s wiki.

Born on April 24, 1989, in Montgomery, Alabama, Katherine Webb’s age is 28. Her parents are Leslie and Alan Webb, and she has three siblings.

Katherine Webb graduated with a Bachelor of Science in Business Management and Administration from Auburn University in May 2011. After that, she worked as a training director and modeled locally for several companies.

When you finally wash your hair on day 3 or 4 (can't remember) and feel alive again ? #momlife

Thanks to her stunning good looks, Webb is now a professional model for clients in big cities like New York City, Los Angeles, Atlanta, and Miami.

In 2012, Katherine Webb won the Miss Alabama title. She then went on to finish in the Top 10 of the Miss USA 2012 competition.

Webb’s looks got her tremendous media attention when she sat in the stands watching football games of her then-boyfriend, AJ McCarron.

Later, Webb covered the Super Bowl XLVII for Inside Edition. She also became a contestant on the TV program, Splash.

Webb even appeared as a model in the 2013 Sports Illustrated Swimsuit Issue, which had guys gawking at her pictures.

Thanks to her modeling assignments and appearances on TV, Katherine Webb’s net worth is a humble $1.0 million. However, seeing the good shape she is in, despite giving birth to a baby boy on May 24, 2016, she is sure to continue modeling and make a ton of money.

Faithful to the Lord

Webb is a devout Christian and is regularly involved in her church and its activities. She sometimes tweets about her faith on her Twitter account and shares her spiritual experiences.

If Looks Could Kill …

Those of you who want to check out how beautiful AJ McCarron’s wife is should head over to Katherine Webb’s Instagram account. It is full of pictures of her with her son, her quarterback husband AJ McCarron, and her family and friends.

Like we said before, AJ McCarron is one lucky guy!