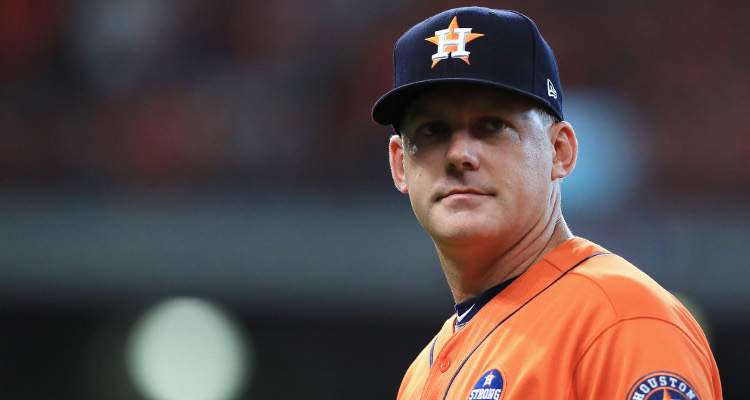 Houston, you have your champions! The Houston Astros are taking home their first MLB World Series title after their amazing Game 7 victory against the Los Angeles Dodgers. Although it was a team effort, the win is also credited to the behind-the-scenes strategizing by A.J. Hinch. The Astros manager is one of the most intelligent managers in the league. Find out all about him in A.J. Hinch’s wiki right here.

Andrew Jay Hinch lived in Iowa until he was eight before relocating to Oklahoma. There, he attended and played baseball at Midwest City High School and was named National Gatorade Player of the Year in his senior year. He graduated in 1992 and was already gaining attention from the league.

Hinch was drafted three times as an amateur. He was selected the first time in the second round of the 1992 draft by the Chicago White Sox straight out of high school. But he elected to go to Stanford University where he pursued a bachelor’s degree in psychology.

After his junior year in Stanford, Hinch was a third-round pick in the 1995 draft by the Minnesota Twins. But once again, he elected to return to school before trying for the 1996 draft. He was a third-round selection by Oakland Athletics and signed with them, debuting in 1998.

While at Stanford, Hinch had a successful collegiate career leading the Cardinals to the College World Series. One of the best catchers in the school’s history, he was a three-time All-American and All-Pac-10 team selection and earned Pac-10 Player of the Year honors twice. His achievements led him to be inducted into the Stanford University Athletics Hall of Fame in 2014.

Hinch’s playing career spanned eight seasons, and his recorded stats range from .219 hits with 32 home runs and 112 RBI in 350 games. He debuted with Oakland and played through the 2000 season before he was traded to the Kansas City Royals. He was a released by the Royals in 2002 and became a minor league free agent before retiring in 2005.

The 43-year-old had long figured out that he wouldn’t be playing on the diamond too long.

“When you don’t hit a slider consistently, you’re not going to play very long,” said Hinch after the World Series win. “And there’s only so far personality can take you as a backup catcher.”

While playing, he planned his future career by building contacts. And, his “personality” did take him a long way. With his charms, he motivated the Astros to follow his winning strategies, leading them to the first World Series title in the franchise.

I never knew what it was like to be World Series bound. Thank you, Houston. Cheers to 4 more wins. https://t.co/LCRYx3Q6RJ

The Astros’ George Springer, who was named World Series MVP claims, “I will run through a wall for that guy any day.”

Shortly after he retired from playing, the then-31-year-old was hired as a manager for minor league operations by the Arizona Diamondbacks. As Hinch rose through the executive ranks of the team, he was chosen to replace Bob Melvin as manager. He was a week shy of his 35th birthday, becoming the youngest manager of a Major League team.

Hinch was inexperienced with no managerial expertise. His hiring was unorthodox, and his time with the Diamondbacks was doomed. For many reasons, the team suffered in the field and Hinch couldn’t save it.

He was fired along with the team’s GM, Josh Byrnes, who hired him. But Byrnes knew his potential as they both moved to San Francisco Padres.

When Hinch was 40, he was hired by the Astros. No longer feeling inexperienced, he reshaped the team on the verge of decline. Hinch led the Astros to record-breaking victories in the franchise, along with Houston’s first World Series title now.

One of the many reasons I love managing this team. Congrats to @JoseAltuve27 on his 4th consecutive 200+ hit season. pic.twitter.com/vWxPd4wQ3s

Not only do the Astros know his capabilities, but the Dodgers do too. The Dodgers once considered hiring him for an executive position 13 years ago.

In 2016, the Astros revised his contract so that Hinch would stay with the team longer. The contract guaranteed a bigger pay for the winning manager.

A.J. Hinch’s net worth has not been calculated.

#4. Hinch Met His Wife on a Blind Date

Hinch keeps his personal life on the down-low. So, there’s not much known about his family.

We do know that Hinch met his wife, Erin Hinch (then Erin Marie Jennings) on a blind date. His wife is a huge sports fan and has a sister, Carrie Rae.

The couple have been married almost two decades. They have two daughters named Haley and Kaitlin, both in their teens. The Hinch family currently reside in The Woodlands, Texas.