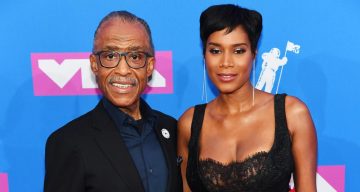 Rev. Al Sharpton is a regular panelist on newscasts, but it’s his recent appearance on The Wendy Williams Show, where he criticized Megyn Kelly for her blackface remarks, that has caught attention. Not long ago, he made headlines for arriving on red carpets like the 2018 MTV VMAs with a younger girlfriend on his arm. Rev. Al is apparently married, but that hasn’t stopped him from dating designer Aisha McShaw. Our Aisha McShaw wiki turns the spotlight on Sharpton’s new flame, who’s shaking up the fashion world.

Aisha McShaw was born on March 4, 1978. She is from Mount Vernon, New York and has been romantically linked to Reverend Al Sharpton since 2013.

Sharpton turned 64 on October 3 and McShaw celebrated her 41st birthday in March, which means that McShaw is around two decades his junior. Interestingly, McShaw’s mother turned 60 in April.

But it’s not their May-December relationship that’s raising eyebrows. Sharpton is reportedly still married to his current wife while dating McShaw.

After his first marriage to a woman named Marsha Tinsley fizzled out within a year, Sharpton met Kathy Jordan. Jordan was a backup singer to James Brown during the time Sharpton was touring with the icon.

They tied the knot in 1980 and are parents to two adult daughters, Dominique and Ashley. Sharpton and Jordan reportedly separated in 2004 but hadn’t officially divorced.

In 2013, Sharpton attended black-tie events like the White House Correspondents Dinner, the New York County Democratic Committee Award Ceremony, and then-President Barack Obama’s holiday party with Aisha McShaw, while he was still legally married to Jordan. When reporters asked them to describe their relationship, McShaw replied, “I’m his girlfriend.”

Sharpton was reportedly surprised by the criticism of his newest relationship. His top aide Rachel Noerdlinger responded, then saying, “His exact words to me were, ‘Rachel, I’m not announcing an engagement or a marriage. Don’t I have a right to date when my marriage has been over for a decade?’”

Neither Sharpton nor those close to him commented on Kathy Jordan or their marriage. She still goes by the name Kathy Elaine Jordan-Sharpton, while working at the Apollo Theater and running a catering company.

Sharpton and Jordan were last seen together in public on October 15, 2017, at their daughter Dominique’s wedding. McShaw was also present at the wedding as Sharpton’s date.

McShaw Debuted as a Designer at NYFW

At the time McShaw and Sharpton were making public appearances together, she was described as a “personal stylist.” Her former LinkedIn page stated that she was a personal banker for 11 years and was previously employed at Wells Fargo.

But fashion appears to be McShaw’s true calling. She was interested in art at an early age and often altered the clothes her mother and grandmother dressed her up in.

When she was 16, she worked at millinery shops, boutiques, and department stores that gave her a sense of the retail fashion business. During her banking career, a client asked her why she wasn’t pursuing anything in the creative field, and McShaw decided to switch gears to fashion.

She started out as a wardrobe consultant for women at Worth New York. Around the time she began dating Sharpton and making more red carpet appearances, she realized the look she wanted for herself didn’t exist.

So, she sought a pattern-maker who worked with many designers to create original pieces for herself. From then on, McShaw’s designing ambitions were ignited.

She launched her eponymous design company to create more elegant clothes for the modern woman of all shapes and sizes. She designed a 46-piece clothing line that she debuted at New York Fashion Week 2017.

She used Sharpton’s apartment as her personal workroom. The activist has been supportive of her dreams and even promoted her fashion week debut on his social media accounts. McShaw is also now responsible for curating Sharpton’s fashion.

With my girlfriend Aisha McShaw at the debut of her collection for #NYFW2017 pic.twitter.com/4XYuUD3P1s

Aisha designs everything she wears and models the clothing on her social media, though she has professional models wear them on runways. By wearing her own creations, McShaw hopes to inspire her daughter to prioritize her dreams. She’s noted among the top African-American designers that are currently dominating the fashion industry.

McShaw also frequently collaborates with Essence magazine. She partnered with the magazine and celebrity hairstylist, Vernon Martin, for her 2018 collection, with a “Fashion Empowered” theme.

McShaw Is a Single Mom

McShaw has a daughter, Laila, from a previous relationship. Laila celebrated her birthday in August and was reportedly a teen in 2013 when McShaw and Sharpton went public with their relationship. Laila’s father’s identity is a mystery.