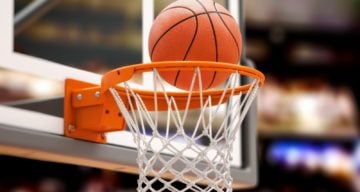 Sviatoslav “Svi” Mykhailiuk signed with the New York Knicks in September 2022, but his new fans are still curious about his personal life. The rumor mill alleges that Svi Mykhailiuk’s girlfriend is Ainise Havili. Although there’s no confirmation about this fact directly from the sources, the speculation comes from when they were student-athletes at the University of Kansas. Both have limited social media activity, which furthers NBA fans’ curiosity. We reveal more about Svi Mykhaliuk’s rumored girlfriend in this Ainise Havili wiki.

Ainise Havili was born on April 24, 1996, and hails from California. She’s the daughter of Mele and Moses Havili and grew up in a large family with her siblings, including Lia, Hame, Inoke, and Andrew Havili.

Her mother is from Hawaii. Meanwhile, her father works for American Airlines.

The Haltom High School alum was a talented student-athlete, lettering four years in volleyball. She attended the University of Kansas from 2014 to 2018, majoring in sports management and business while also playing volleyball on the school team.

Besides spectacular four seasons on the KU team, Havili was also part of the USA Collegiate Volleyball Team in 2016. She managed athletics and academics with a marketing internship and earned a BA in Sports Management in 2018.

She pursued a master’s in marketing at the University of Arizona from 2018 to 2019. While there, she interned at Wasserman for the women’s sports and Olympics team.

Until recently, Havili also played professional volleyball internationally. She played for the Allianz MTV Stuttgart in Germany from 2019 to 2020 and Karayolları Genel Müdürlüğü in Turkey from 2020 to 2021.

As of 2021, Ainise Havili has been living in Texas, where she is a recruiter for Signature Consultants. She is reportedly also a volunteer assistant volleyball coach at Purdue University in West Lafayette, Indiana.