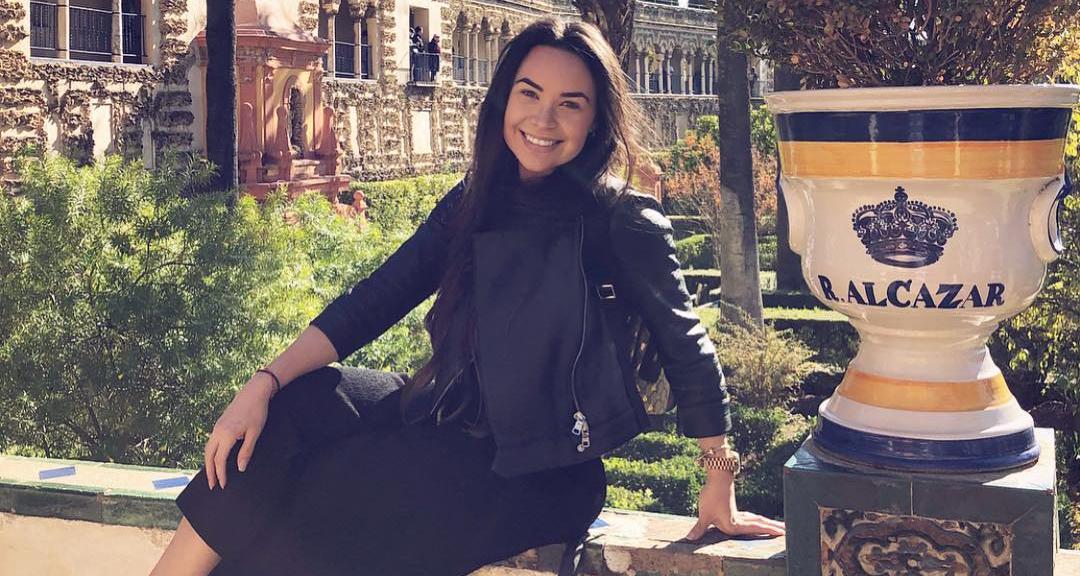 Brasil’s midfielder, Philippe Coutinho, has shown the world why he is one of the most valuable players in the FIFA World Cup Russia 2018! He scored the first goal against Switzerland in 20 minutes since the start of the game! And his devoted wife, Aine Coutinho, is hoping to see the FIFA 2018 cup at home! The couple has always stuck together, and Aine Coutinho has been her husband’s biggest supporter to date. This world cup is going to be a big one for Coutinho and his lovely family!

Aine Coutinho, also Brazilian, has traveled across borders with her husband. The couple has been together for over six years, and they have a daughter together.

Who Is Aine Coutinho?

Born Aine de Souza on March 31, 1993, Aine Coutinho’s age is 25. She was born and raised in Brazil, which is where she met her star player husband. They lived in Liverpool with their daughter up until he decided to quit the team. 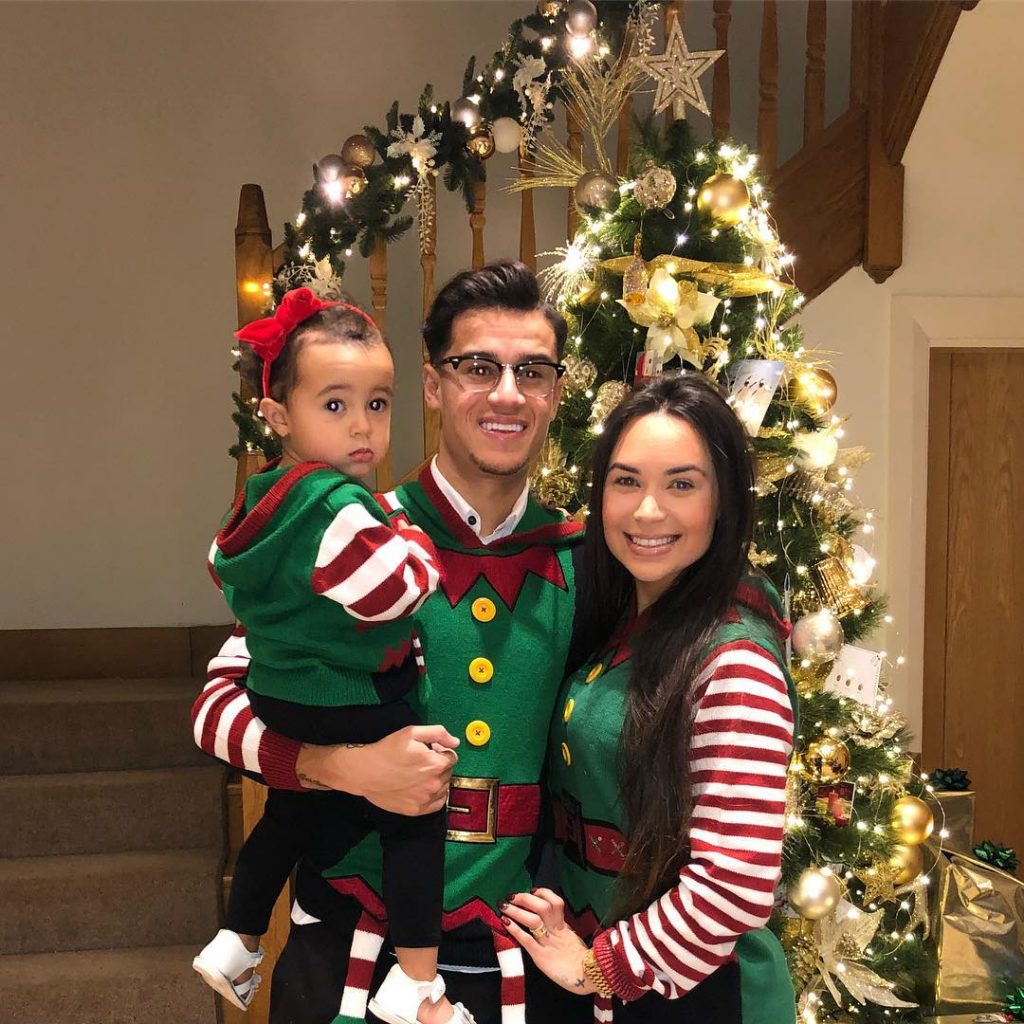 Aine Coutinho is mostly known for being a WAG. She was born to Ines Maria and Jose Airton and went to the University of São Paulo in Brazil to study economics.

It looks like Coutinho has three sisters—Becca, Carol, and Aire—as well as a little brother named Antonio.

There is not much known about Aine Coutinho’s childhood. But we do know that she and her husband met through a mutual friend when they were teenagers.

She Married Philippe Coutinho in 2012

Aine and Philippe Coutinho met at a party through a mutual friend back in 2007 when they were both 14 years old. Sparks flew, and the couple began dating instantly. It seems that Coutinho asked her now-husband if he wanted to be her boyfriend! 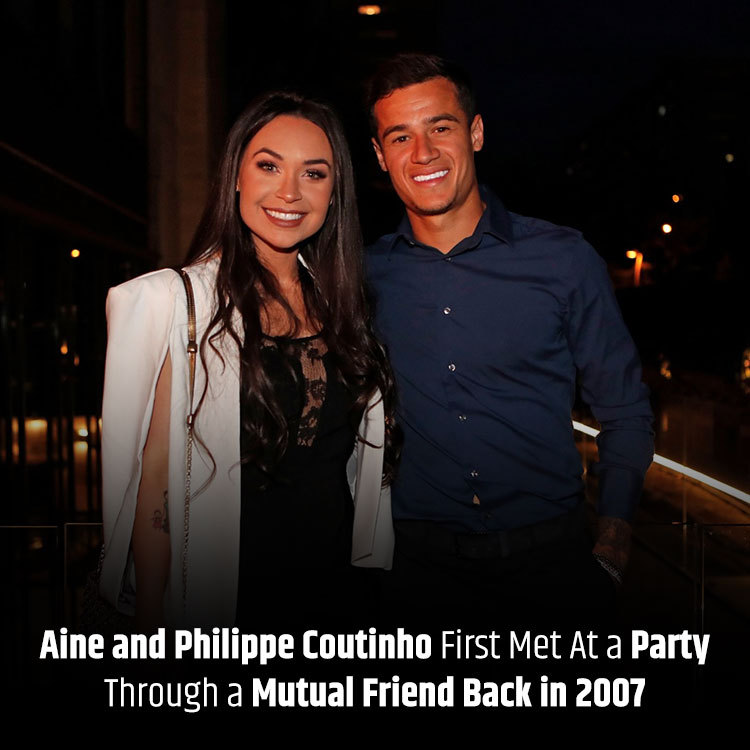 “We’re from the same neighborhood and so we just started seeing more and more of each other, going places together and it grew deeper and stronger,” Phillipe Coutinho said.

The soccer star was on the verge of becoming Brazil’s best player, and he was more than smitten with Coutinho.

The couple soon began living together as a family with Philippe Coutinho’s parents, Esmeralda and Jose Coutinho.

Aine Coutinho traveled everywhere with her then-boyfriend. She even stopped her studies to keep him company.

In 2008, Philippe Coutinho signed up for international football. The couple was traveling the world together by 2010, but they were separated for a while when he stayed in Spain in 2012.

Philippe and Aine Coutinho got married on December 13, 2012, and have been together since.

In 2013, Philippe Coutinho got the chance to play for the infamous Liverpool FC, so the Coutinhos lived in Liverpool for five years. The couple welcomed their daughter during that time, who is now almost three years old. She was born in Liverpool and is the apple of her parents’ eyes!

She Moved To Spain With Her Husband

Philippe Coutinho decided to leave Liverpool and transfer to Barcelona for a reported $244.0 million deal. It is ranked at No. 3 of the most expensive transfer deals in football history!

Once things were finalized, the soccer player and his family had to pack their bags and move to Spain. Aine Coutinho was left teary-eyed during the move, and she took to Instagram to show her feelings.

“Ah Liverpool..we lived 5 years in this city that will be forever in our hearts many wonderful things happened while we lived there!! We love the city, the people, the friends we made there..it makes us want to cry,” she wrote as a caption for a photo album she posted on Instagram.

The Coutinhos hopped on a private jet to Barcelona, Spain, and have been living there since then.

Philippe Coutinho celebrated his 26th birthday a couple of days before the start of the FIFA World Cup on June 12, 2018. And his team gave him a surprise birthday present by egging him! They also threw flour at him. Hey who needs a special birthday cake when you can make the birthday boy into one?!

On his birthday, Aine Coutinho posted a series of photos and captioned them with a heartfelt message.

“How lucky to have you by my side!! You together with Maria were my best gifts..thank God every day for your life, your health and for being the way you are..that I LOVE and ADMIRED too,” a part of her caption reads!

While we are sure Aine Coutinho and daughter Maria are not going to miss watching their man play in Russia, it’s certain that Team Brasil will be under the spotlight! And with that wonderful start, there’s only good times ahead.