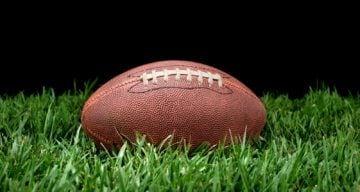 Purdue Boilermakers quarterback Aidan O’Connell has recently joined the married athletes club. The footballer got hitched to his long-time girlfriend on July 30, 2022, in Spencer. It’s football season, and supporters want to know everything they can about Aidan O’Connell’s wife, Jael Johnson O’Connell. So, in this Jael O’Connell wiki, we look deep into her background.

Jael O’Connell (nee Johnson) was born to Lisa and Steve Johnson on June 4, 1999, in Mooresville, Indiana. She is the youngest of three children. Her brothers are Jared and Jacob Johnson.

The Johnson’s middle child, Jacob, is married to Danielle Johnson. He is the founder and CEO of Glitch Energy and co-founder of Cratero Capital. Meanwhile, their oldest son, Jared, is a math teacher and coach/run game coordinator at Avon High School in Indiana.

Aidan O’Connell’s wife, Jael O’Connell, went to Avon High School until 2018. Afterward, she earned a BS in Speech, Language, and Hearing Sciences at Purdue University’s College of Health and Human Sciences in May 2022.

Throughout her time at the university, she was a member of the Purdue volleyball team as well as an undergraduate researcher for the Huber Motor Speech Lab. She is also a member of the Fellowship of Christian Athletes.

Jael O’Connell was recognized on the 2017 Under Amour All-America Watch List and as a VolleyMag.com 2019 Fab 50 honoree. She received the 2018 Indiana Volleyball Player of the Year Award in high school, has won two Mental Attitude Awards, and was named the team’s Most Valuable Player.

The former volleyball player was chosen for Academic All-Big Ten in her junior year and recognized as Big Ten Player of the Week.

Jael O’Connell is currently studying for her master’s at the Krannert School of Management at Purdue University. She aspires to work in geriatrics.

Aidan O’Connell met his future wife at the Fellowship of Christian Athletes at Purdue in 2018. The club meets once a week to study and discuss the Bible with Purdue’s Christian athletes. She was a freshman, and he a sophomore at the time.

Their relationship began with friendship, and the couple started dating after hanging out a few times in group settings and on occasional ice cream trips. The couple’s schedules often clashed during their time as students and athletes. They both had hectic schedules, yet they always made it a point to attend each other’s matches.

The young athletes had been together for four years when he decided to propose romantically and unexpectedly in March 2022. The football player planned a fake party for his girlfriend’s cousin at her grandma’s house with the help of Jael’s mom and aunt.

O’Connell shared a post about his then-girlfriend for the first time in 2022, after he proposed to her, and she said yes. The couple married on July 30, 2022, in Spencer, Indiana. And now, the quarterback is eager to balance his football career and marriage. He has even postponed the honeymoon until after the football season.