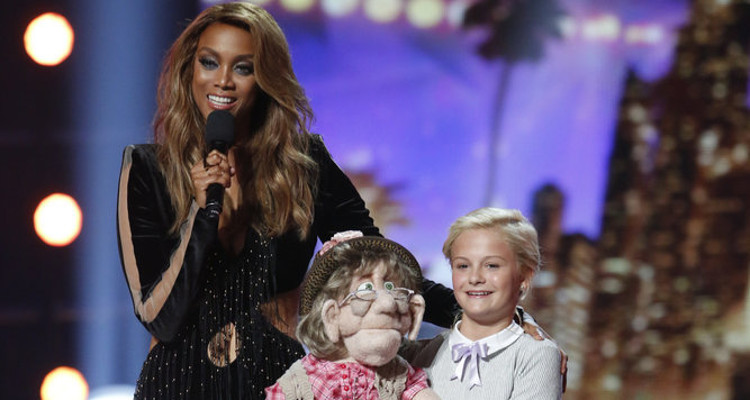 AGT’s puppet girl, Darci Lynne Farmer, charmed her way to everyone’s heart with her brilliant voice and cute puppets. At the very young age of 12, she is the best ventriloquist America’s Got Talent has ever seen. Darci Lynne on AGT captivated the judges since day one. She was the season’s first golden buzzer, thanks to Mel B. Farmer performed at the America’s Got Talent semifinals last week, but did she make it? Find out what happened to Darci Lynne after her performance right here!

Is Darci Lynne Still on America’s Got Talent?

Fans did not see Farmer last night on America’s Got Talent, because the 12-year-old already made it to the finals. She was one of the first five contestants announced last week, and will get the chance to perform as a contestant in the top 10.

During her AGT audition, Farmer had a rabbit puppet named Petunia. Mel B. was so impressed by the young girl’s comedy, singing, and ventriloquism that she pressed the golden buzzer and sent Farmer straight to the live shows. During the AGT  Quarterfinals, Farmer introduced the judges and audience to her mouse puppet, Oscar, who had a huge crush on Mel B and serenaded the judge with a cover of The Jackson 5’s “Who’s Lovin’ You.”

Here is my number for tonight @agt…you can vote 10x per number along with the app and NBC website 10x per email! Thanks! ?~darci

During the semifinals, Farmer’s third puppet, Edna Doorknocker, complained about getting stuck in an elevator with The Singing Trump. Edna also claimed to have a huge crush on Simon Cowell and  sang, “(You Make Me Feel Like) A Natural Woman” by Aretha Franklin.

All the judges were really impressed by her performance and Cowell was mercilessly teased by Tyra Banks. Even though Farmer seems quite confident on the stage, she revealed in an interview that “I [always] get super duper nervous, like I almost puke — I’m not even kidding.” Farmer further added, “But this time, I was a little more nervous because of Edna singing to Simon, to not know what he might do or what she might say. But it went really well, and I’m really relieved that it went well.” The 12-year-old also explained, “I think I will get way more nervous this time because it’s the finals, I have to do my absolute best — this has to be my best performance yet.”