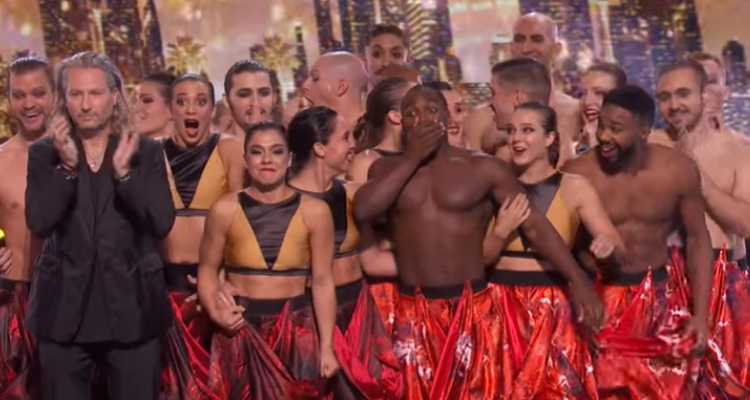 Give it up for the FINAL acts going to the #AGTFinale! ?

The show, hosted by super model Tyra Banks, includes judges Simon Cowell, Howie Mandel, Heidi Klum, and Mel B, and the finalists will do their best to win the million dollar prize. This year has proven to be more significant than ever before, as this 12th season is the most-watched yet, an extra 14% up from the previous year! The contestants have performed so well and created a joyful diversity of talent, impressing the 15.8 million weekly viewers. For a review, here are highlights about some of the remaining finalists.

This Atlanta-based 10-year-old was a Golden Buzzer winner from the start with her extremely powerful voice. Already becoming a star, the big sister has taken on some challenging covers, from Usher’s “Without You” to Alicia Keys’ “Girl on Fire.”

"When I got the Golden Buzzer, I was literally the happiest girl in the world! My heart and mind were exploding with joy! That night was one of the best nights I've ever had." [email protected] #AGT

Raised in Oklahoma City, Farmer is a 12-year-old ventriloquist who brings life to her puppets through song. Not only was she a hit on the show, her YouTube videos have interested millions of viewers! Whether she wins or not, she may become a viral sensation!

At 21 years old from Nolensville, Tennessee, Goehring got a Gold Buzz from guest judge DJ Khaled, and the judge said, “We gotta work together” because he was so impressed with his talent! With guitar skills, unique rhymes, and his fast-talking Ed Sheeran-like style, he’s bound to be a tough one to compete with!

"My favorite moment while being on AGT was definitely when DJ Khaled gave me his golden buzzer. I never would have thought I'd ever get a golden buzzer on #AGT and it was such a surreal moment with all the confetti flying everywhere!" [email protected]

She plays piano, sings heart-melting ballads, and dedicated her performances to her ailing father, who passed away this month. At only 12 years old, she has already melted the hearts of judges, and viewers around the world with her touching story, inspiration, and bravery.

From Los Angeles, Diavolo is a group of dancers under the artful direction of French choreographer Jacques Heim. Heim describes his dancers’ style as “Architecture in Motion.” The 20 acrobats that make-up Diavolo stunned the judges and Klum described them as a “million-dollar act.”

Originally from Nigeria, but living in Houston, Okwuchi is a 27-year-old soulful singer, who showed “strength through vulnerability,” according to guest judge Seal. She was one of the only two survivors of a plane crash in 2005, and turned to music as her healing aid as she recovered from severe burns and injuries. What an inspiration!

"This is my favorite moment because first of all, THE Seal was hugging me omg! Secondly, he said something to me while he hugged me, that my strength showed in my voice and that it was beautiful. Those words truly resonated with me." – @kechi_agt #AGT

From Ukraine, this choreographed dance group wows the audience with their routines as they wear outfits made with neon and LED lights. The lights are synchronized to the music, against a pitch-black stage, to create an incredibly unique light effect. They also received a Golden Buzzer from Banks.

"Getting the Golden Buzzer from @tyrabanks was a complete surprise for us. We weren’t expecting it at all! It felt like winning the lottery. We’re so grateful to have people who believe in us, and now here we are at the #AGTFinale!" [email protected]

The remaining finalists up for the winning spot include Mandy Harvey, Preacher Lawson, and Sarah and Hero! Be sure to tune in tonight to see them perform their very best ahead of the results round!