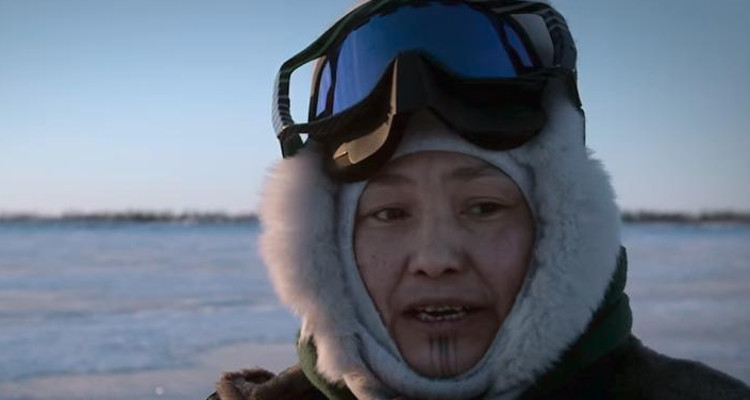 Agnes Hailstone and her husband, Chip Hailstone are back for yet another season of Life Below Zero with new challenges and hunts. We’ve got details about the show’s star that you may not have known, including information about Agnes’ chin tattoo.

Agnes Hailstone on Life Below Zero often takes her daughters geese hunting to make fresh dinner but episode one of the 10th season began with the sun returning to the frozen lands. Take a look at Agnes Hailstone’s wiki to know everything about the Inupiaq born Alaskan woman.

Who is Agnes Hailstone?

Reportedly born in 1972 (the same year Hurricane Agnes hit this U.S.) in Noorvik, Alaska, Agnes Hailstone’s age is about 45.

She is believed to come from a long like of Inupiaq Alaskan natives, who originated from the Thule culture and inhabited Alaska in 1000 B.C. Their territories have mostly been near the Canadian border in places like Northwest Arctic Borough, North Slope Borough, and Nome Census Area.

Agnes Hailstone’s chin tattoo was reportedly given to her when she hit puberty as a sign of maturity, signifying that she is hard-working and serious.

This is Agnes Hailstone. She is the badassiest badass I've ever seen. She's my #MondayMuse, and I'm channeling her awesomeness today! #LifeBelowZero #AgnesHailstone #Inupiat

Her husband Edward “Chip” Hailstone, 48, moved to Alaska 25 years ago from Montana. The two are happily married and have seven children together. Chip learned to handle the weather conditions pretty fast, and within years of moving, he began hunting, gathering, and fishing.

On the show, the family are frequently seen hunting for bear, bison, wolf, wolverine, and even whale, using the entire animal for food, shelter, and supplies.

According to reports, Chip and Agnes Hailstone have an estimated net worth of $100,000, largely thanks to the National Geographic show Life Below Zero. The Hailstones live by the Kobuk River in Noorvik, one of the most grueling places to live in the U.S.

With a population of about 608, the median age is 24 People earn an average of $40,000 in this region of Alaska, with those in health care and education service taking up the largest percentage of jobs.