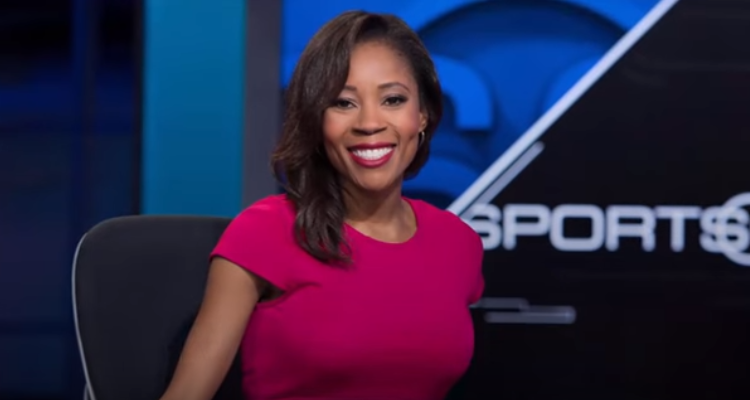 A former ESPN analyst has been named as John Buccigross’ accuser, after filing a harassment suit against the anchor. To learn more about the former analyst’s claims and the lawsuit, have a look at our Adrienne Lawrence wiki.

Who Is Adrienne Lawrence?

Adrienne Lawrence was born in 1984 (age 34), in Sacramento, California. According to her LinkedIn page, the lawyer and sports anchor graduated from California State University-Sacramento in 2003 with a criminal justice degree. She later received her Masters at John Jay College of Criminal Justice in 2005 and in 2008, earned her law degree at George Washington University Law School. She also continued her education in journalism in 2015, at the University of Southern California.

According to Front Office Sports, Lawrence considers herself very ambitious and graduated high school at 16, earned her Bachelors degree at 19, her Masters degree at 21, and her law degree by 24. Despite being told she couldn’t do it, she paid for most of her own education and graduated near the top of her class at John Jay College. She currently resides in Los Angeles.

Lawrence has filed a sexual harassment lawsuit that claims Buccigross made sexual advances toward her, repeatedly. She also said she was fired for speaking out against him and the actions of other men at the network. She filed in federal court in Connecticut and it includes text messages, which included a photo of Buccigross shirtless, with “I’m a white boy and I’m jacked,” allegedly written at the time.

“It was an open secret at ESPN that certain female on-air talent provided sexual favors to management in exchange for on-air opportunities,” the suit states. “Women at ESPN are to be objects accessible to their male counterparts without objection.”

In response to Lawrence’s claims, ESPN gave a statement on their investigation after learning of the allegations. They also denied that she was fired as punishment for her claim against Buccigross.

“We conducted a thorough investigation of the claims Adrienne Lawrence surfaced to ESPN and they are entirely without merit,” the network said. “Ms. Lawrence was hired into a two-year talent development program and was told that her contract would not be renewed at the conclusion of the training program. At that same time, ESPN also told 100 other talent with substantially more experience, that their contracts would not be renewed. The company will vigorously defend its position and we are confident we will prevail in court.”

Since announcing her ESPN lawsuit, many have wondered if Lawrence is the only woman who has faced issues at the network, despite ESPN’s denial. According to reports from The Boston Globe, other women have reportedly said that the “environment at ESPN can be so hostile” that some female sports reporters resorted to hiding pregnancies! Due to the alleged nature of the network, other women have reportedly taken shorter maternity leaves out of fear of losing their jobs to a man. There was another alleged occurrence that involved an anchor having a miscarriage on air, in order to prove her dedication.

It’s no surprise that sports networks are more of a “boy’s club” than anything and women often have to do whatever they can to get in. It eventually becomes a competition, leaving women to prove themselves all while fending off any unwanted advances. In a time of #Time’sUp and #MeToo, women are fighting for safety and equality, both on and off-screen.

If you’re looking for pics of Lawrence, then head over to her Instagram to get a closer look at her life. She posts about her work, her family, and anything else that interests her.

Lawrence is being represented by attorneys Brian Cohen and Russell Yankwitt, who have said that their suit is meant to send a message to ESPN, so they will no longer ignore any alleged sexual harassment.

Lawrence herself believes there is more sexual harassment that goes on within the network and hopes to shed light on the issue. She took to Twitter to thank the Boston Globe for their work in exposing some of the experiences in the hopes that things will change.

Regarding the @BostonGlobe report: pic.twitter.com/cDcWcamcsY