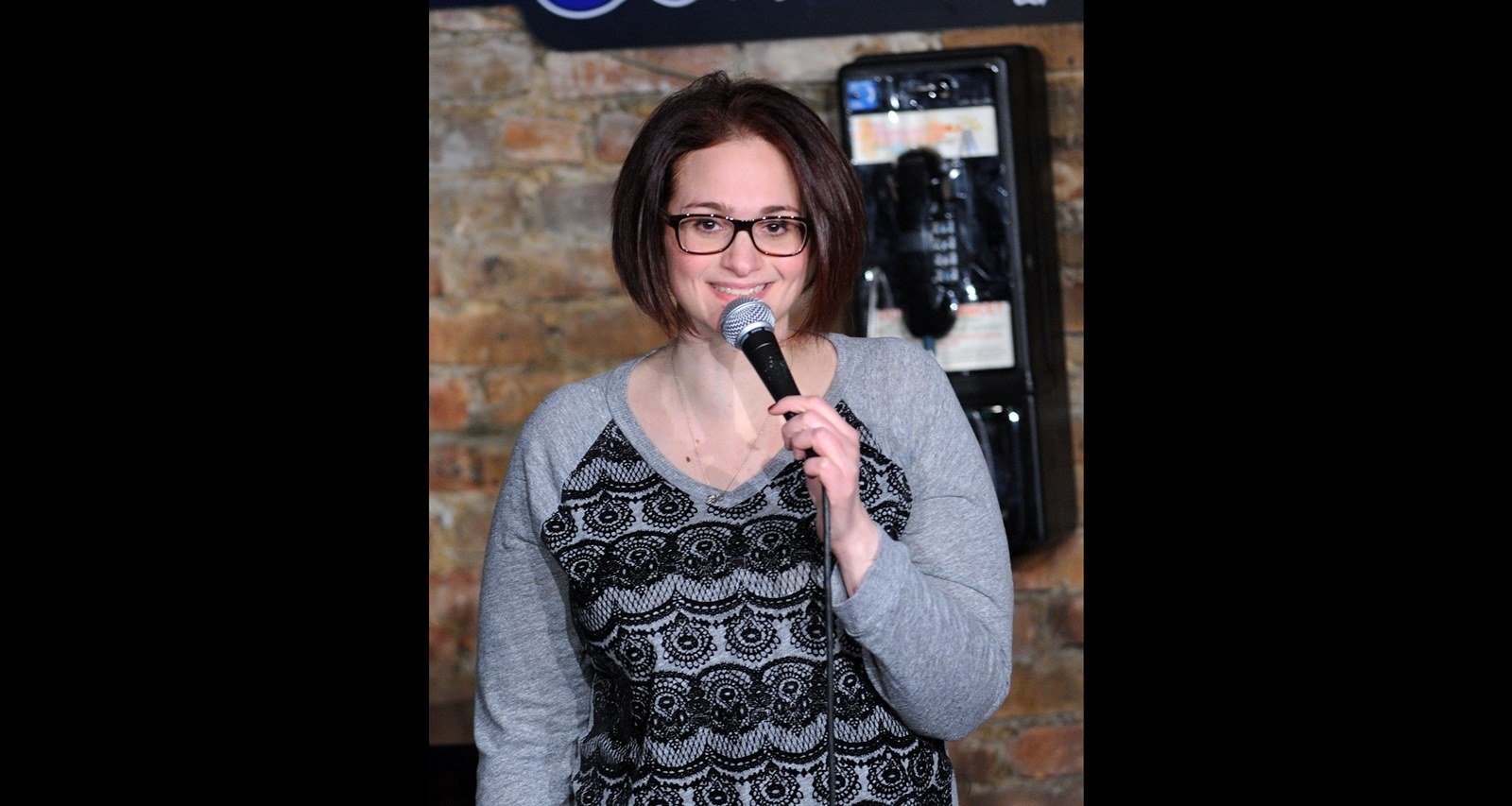 Netflix is bringing back the seedy underbelly of the stand-up world with The Degenerates season 2 in December. Adrienne Iapalucci is the comedian to watch among the lineup of cynical and politically incorrect comics. If you haven’t checked out this comedian’s scathing sarcasm yet, our Adrienne Iapulucci wiki is the primer you need before binging on The Degenerates.

Adrienne Iapalucci Is from the Bronx

Born on February 17, 1978, Adrienne Iapalucci hails from the Bronx. The comedienne grew up with her sister in Morris Park, one of the Italian neighborhoods in New York, speaking to her Italian heritage.

“Growing up here made me who I am—you had to have a sense of humor to fit in,” said Iapalucci.

She never left Morris Park, making a home out of a basement apartment in her mother’s house.

Her Bronx background is reflected in her comedy stylings, including bits on attending Catholic school, dating a black man, and working as a nanny and at the local pizzeria.

Adrienne Iapalucci has one sister, Venita Iapalucci. Her mother, Margaret Galligan, remarried after her first husband’s death. Her second marriage ended in divorce several years ago.

Iapalucci’s Mom Was a Comedian

When she was younger, Adrienne Iapalucci considered two career choices: going to law school or finding her way to SNL. Being raised by a mother who was a comedian back in the day, she chose the path of comedy.

While booking as many stand-up shows as she could in her early career, Iapalucci also worked as a legal secretary in a New Rochelle law firm. Meanwhile, her mother had put her comedy days behind, and started hiring out their dogs and cars for film and TV appearances.

Happy Mothers Day to all the moms out there except my mother. She told me I was dead to her last week so please send her…

“My dog has been on The Sopranos, and my car was in that 50 Cent movie,” she said. “I tell people that my car and my dog have better résumés than I do.”

During her comedy struggles, Iapalucci’s father, a mailman in the Bronx, passed away from cancer.

Adrienne Iapalucci would later be involved in a car accident, which led to depression and weight gain.

She was able to overcome her mental health struggles, shed the weight, and regain a new lease on life through comedy.

Iapalucci went from doing as many shows as she could for exposure to winning a nationwide contest that made her the headlining performer at the New York Comedy Festival. She was a semifinalist in New York’s Funniest Stand-Up Contest and a runner-up in the New York Underground Comedy Festival’s Best of the Boroughs contest.

The budding comedian would gain even more visibility when she competed in season 7 of NBC’s Last Comic Standing.

“It gave unknowns like myself at the time a chance to be on national television,” she said of the experience. “I wasn’t crazy about the whole contest part of it, but it was fun to do. I made some great relationships and I was able to get closer to a great person. Mike DeStefano. Probably wouldn’t have gotten to experience that even though he lived in my neck of the woods.”

Soon after her stint on TV, Iapalucci performed at a fundraiser for a nonprofit geared towards poor and homeless women in 2013. Her set, however, was found to be in poor taste when it came to what the organization stood for.

Many news outlets then reported that she was known for dark and politically “incorrect” humor. Funny enough, that made her a perfect fit for Netflix’s The Degenerates, season 2.

The stand-up special features a lineup of comedians known for toeing the “salacious” line of comedy. Iapalucci joined the likes of Robert Kelly, Donnell Rawlings, Ms. Pat, Jim Norton, and Nikki Glaser at the Backstage Bar & Billiards in Las Vegas on September 12, 2019 to film the no-holds-barred show.

Don’t miss Adrienne Iapalucci and the other comedians when The Degenerates premieres on Netflix in December 2019.