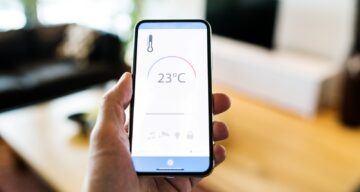 Every morning people of Dayton turn on their TV to watch their favorite meteorologist, Adrianna Michaels. Just watching her give the morning forecast has been a pleasure for them. However, Adrianna Michaels is leaving Dayton 24/7 Now in just a few days for a new opportunity. Her regular viewers were understandably perplexed by the announcement. They are curious about her plans, whether her new position will require her to move from the city, and if she will continue in broadcasting. Fortunately for them, the meteorologist answered most of the questions about her departure from WRGT-TV.

Adrianna Michaels graduated with a BS in Meteorology with a minor in Journalism from Ohio University in 2019. She interned with WOIO Cleveland 19 News and WBNS-TV while pursuing her studies. Michaels was also a weather forecaster at WOUB Public Media, a student-run and student-led news program.

Soon after she graduated, Michaels started working at WLIO in Lima, Ohio. Initially, she served as the station’s weekend meteorologist until she switched to mornings. After seven months, the meteorologist joined WRGT-TV as their morning meteorologist.

Michaels has always been so easy to understand when providing her weather reports and explains them well. That’s why people easily connected with her. However, after learning Adrianna Michaels is leaving Dayton 24/7 Now, the city’s residents were sad and shocked.

Now Adrianna Michaels is stepping back from the broadcasting industry for a new role. She announced that her last day at the station would be October 21, 2022.

Michaels has accepted a job outside of the news industry. She will join Dayton Public Schools as their digital media coordinator.

It’s a relief for her followers as Michaels is not leaving Dayton. And they still have a chance to bump into her. Moreover, she has promised to connect with people through social media.

On a personal note, the weather anchor is engaged with Jordan Helman. So, her followers anticipate a wedding announcement soon!