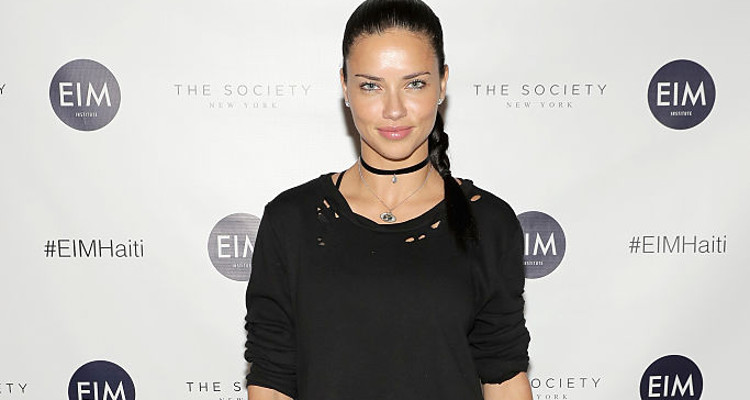 There’s no denying that many are eagerly waiting for the Victoria’s Secret Fashion Show 2016. Now that the show is only days away, let’s get to know one of the famous Victoria’s Secret Angels a little better. We’ve got some interesting details about Brazilian model and mom of two, Adriana Lima.

If you have yet to tune into the Victoria’s Secret Fashion Show, then you don’t know what you’re missing! This year, the show will be airing December 5 on CBS. A lot of stunning women will be walking down the catwalk, including names like Adriana Lima, Bella Hadid, Kendall Jenner, Elsa Hosk, Martha Hunt, Sara Sampaio, Lily Aldridge and Romee Strijd.

Adriana Lima is considered to be one of the most successful models of all time, and from the time she got her Victoria Secret angel wings, she’s certainly become a fan favorite! If you want to know more about her professional and personal life, we have put together information from Adriana Lima’s wiki just for you!

Lima Did Not Plan on being a Model

Adriana Lima was born on June 12, 1981 in Salvador, Brazil. Lima comes from a Swiss, Indigenous, Japanese, West Indian, and African background, and identifies as Afro-Brazilian. She is multi-lingual, and is fluent in four languages: Portuguese, Italian, Spanish, and English.

Lima never wanted to pursue modeling, although she entered and won her fair share of beauty pageants in school. She initially participated in a modeling contest to support a friend, and after sending in pictures, the contest sponsor reached out to Lima directly. Soon after, she won the Ford “Supermodel of Brazil” contest. Not too long after that, she entered the 1996 Ford “Supermodel of the World” contest and placed second.

The Brazilian beauty is 35 years old. Her mother, Maria da Graça Lima, is a social worker who raised Lima after her father, Nelson Torres, left the family when Lima was six months old. Now, Adriana Lima has two kids of her own: Valentina Lima and Sienna Lima.

In 2009, Lima married Serbian NBA player, Marko Jaric. She had even applied for Serbian citizenship, however, it was not approved. After five years of marriage, the couple announced their separation, and the divorce was finalized in March 2016. Sources claim that the 35-year-old beauty is currently dating German soccer player, Sami Khedira.

Adriana Lima’s Net Worth is about $65.0 Million

Adriana Lima’s net worth is estimated to be $65.0 million!

She is known as the longest-running Victoria’s Secret Angel, as she has held the title since 2000. Lima was also a model for Maybelline from 2003 to 2009. Additionally, she has modeled for several brands and campaigns such as Vera Wang, Giorgio Armani, Guess, Mossimo, BCBG, and Versace. In 2011, she earned around $7.0 million from advertising campaigns. The next year, she bought her $8.0 million home.

Here is the breakdown of Adriana Lima’s net worth:

Being a Victoria’s Secret model is not easy. The models have to look after their skin and body, and they must be on a strict diet. Being a model, her career depends on the way she looks. In an interview, Adriana Lima shared some beauty tips on how she maintains her skin’s glowing and healthy look. “I make it a priority to take care of my skin by wearing sunscreen and keeping my skin moisturized. I also keep it very simple. Less is more when it comes to makeup, because it’s important to let your skin breathe,” she explained.

Being a mother of two kids while handling a successful modeling career is not an easy task. Still, Lima finds time to look after her physique, which is enviable by all standards. Boxing is Lima’s go-to workout for her toned figure. On boxing, Adriana Lima quotes saying, “I’m a boxer. I’ve been doing it for over 10 years, and it really is my workout of choice. My gym is gritty and hot and no-frills, and I just go in and focus on working hard. My workouts were few and far between before. I might have worked out a few times per week, but now, I’m all about a good sweat.”

Lima claims that she does not diet to walk the catwalk, in fact she believes in eating a balanced and healthy diet. She also believes in a hot and sweaty workout! Well, it’s certainly working for her!